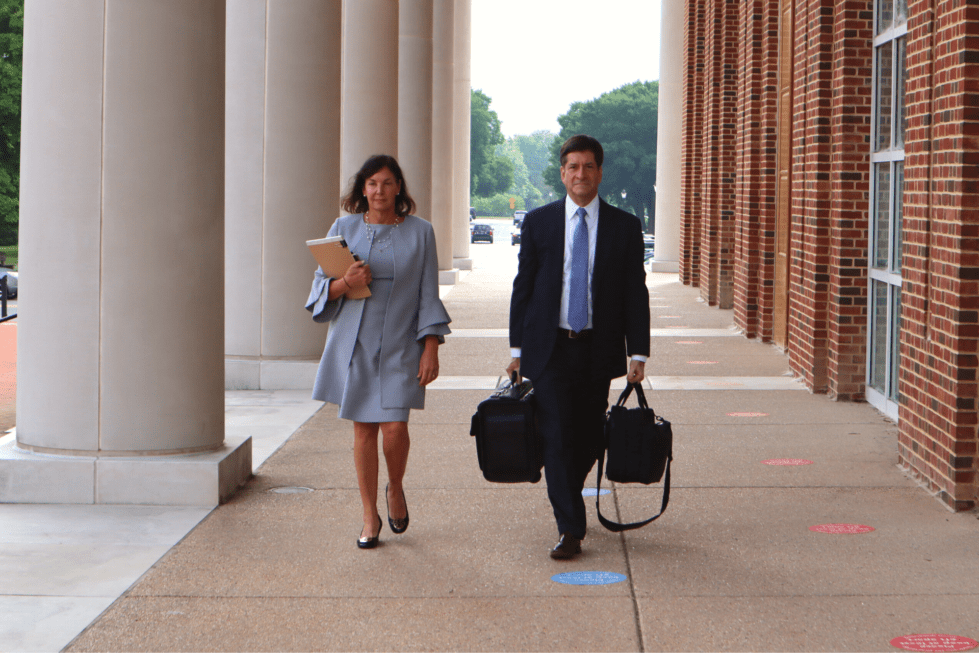 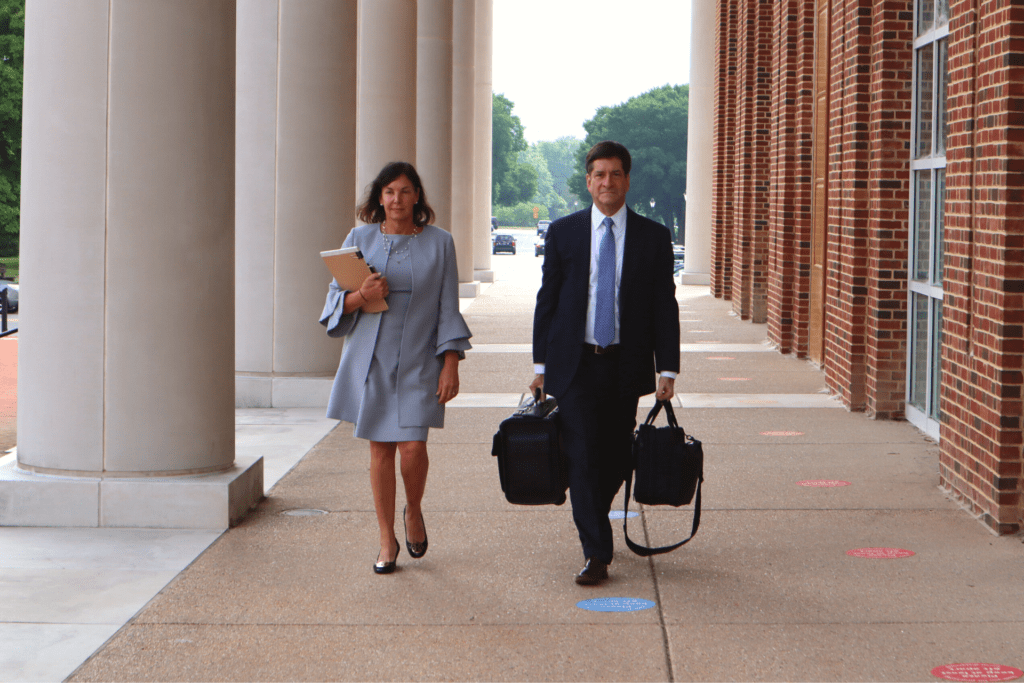 Franklin Robinson, chief investigator of the Justice Department’s Division of Civil Rights and Public Trust, said he got “twisted up” when he admitted during an April suppression hearing that a search warrant for McGuiness’ office included false statements.

Robinson said Monday his statements were “false, but not intentionally false.”

The search warrant — which Robinson swore was accurate before he asked a judge to sign it — claimed that consulting firm My Campaign Group received multiple payments in August and Sept. 2020.

The warrant alleged those payments were divided so each would remain beneath a $5,000 threshold. Above that threshold, the Division of Accounting is required to review and authorize expenditures.

Contrary to what the warrant said — and what Robinson told the first grand jury to indict McGuiness — the payments were not divided.

Individual payments in August and Sept. 2020 were drawn from two different budget lines: A general fund and a COVID-19 relief fund for qualifying expenditures.

Both were deposited into the consultant’s bank account as single payments. Both were reviewed and approved by the Division of Accounting.

Robinson had documents in his possession before signing the search warrant that showed the statements about splitting payments were false.

Jane Cole, director of the Division of Accounting, gave Robinson a spreadsheet highlighting the payments in question and indicating they had been approved.

Robinson said while he signed the warrant, he didn’t write it. A team of investigators and lawyers wrote it and emailed it around for edits, he said, and he had no reason to doubt its accuracy.

“You’re telling me that your investigative team — multiple lawyers in the Attorney General’s office and yourself, completely ignored this document,” Defense attorney Steve Wood asked.

“I can’t speak to the thought process of what was involved with putting that paragraph,” Robinson said.

Robinson said the idea that McGuiness was intentionally dividing payments to circumvent state procurement code was “a working theory” at the time.

Lead prosecutor Mark Denney asked Robinson if he has a track record of making false statements under oath.

“In all of the cases you’ve handled as a New Castle County police officer, during your time with special investigations into Medicaid fraud, and in the Division of Civil Rights and Public Trust, have you ever been accused of dishonesty,” Denney asked.

“No, only this one,” Robinson said.

Haw-Young said she reported McGuiness to the state’s Public Integrity Commission when she learned McGuiness had hired her daughter as a summer intern. Wood said that’s not a crime.

She said she sought legal counsel after being given a performance improvement plan with which she disagreed.

Zolper, who was only on the stand for about five minutes, said McGuiness ordered him to draft Haw-Young’s performance improvement plan.

Horsey described a time she was reprimanded after voicing an opinion in a meeting with another agency that was at odds with McGuiness’ objectives.

Monday marks the eighth day of the trial.

Prosecutors say they plan to rest their case Tuesday afternoon.

Wood plans to ask Judge William Carpenter to issue a judgment of acquittal on all five counts after the state rests.

Carpenter could refuse the request. He could issue a blanket judgment on the spot, effectively bringing the trial to an end. He could acquit McGuiness on some charges or not others. Finally, he could reserve his decision until the end of the trial and only issue judgments of acquittal if the jury does not.

How long the defense’s case will take depends on Carpenter’s decision. If Carpenter wipes out some of the charges, the defense won’t have as many witnesses to call.

If Wood has to argue all five counts, he anticipates he’ll rest his case Thursday.

Carpenter has said he’d like to wrap the case up before the long Independence Day weekend.