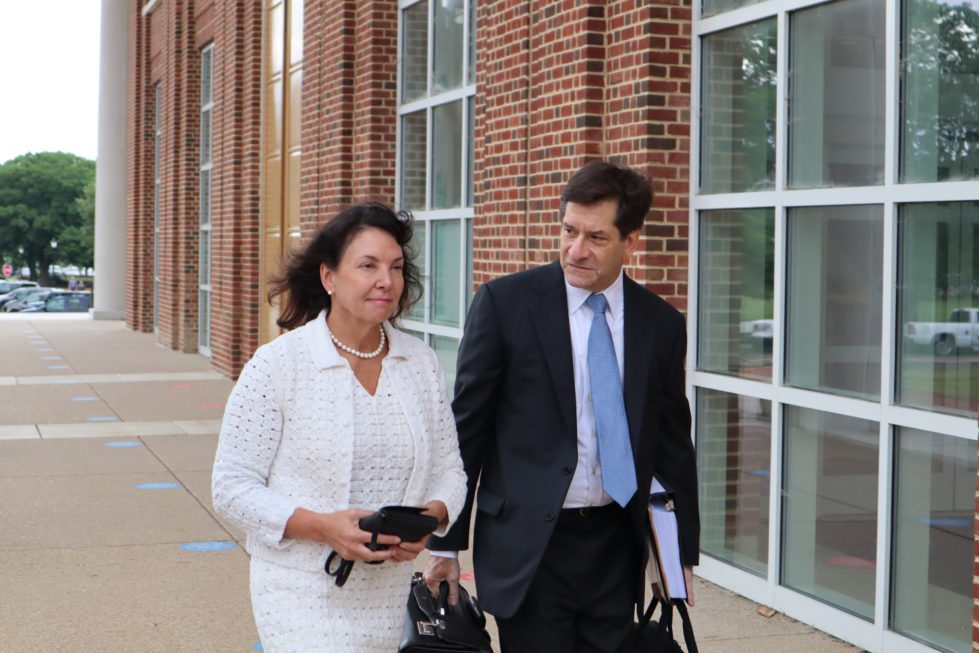 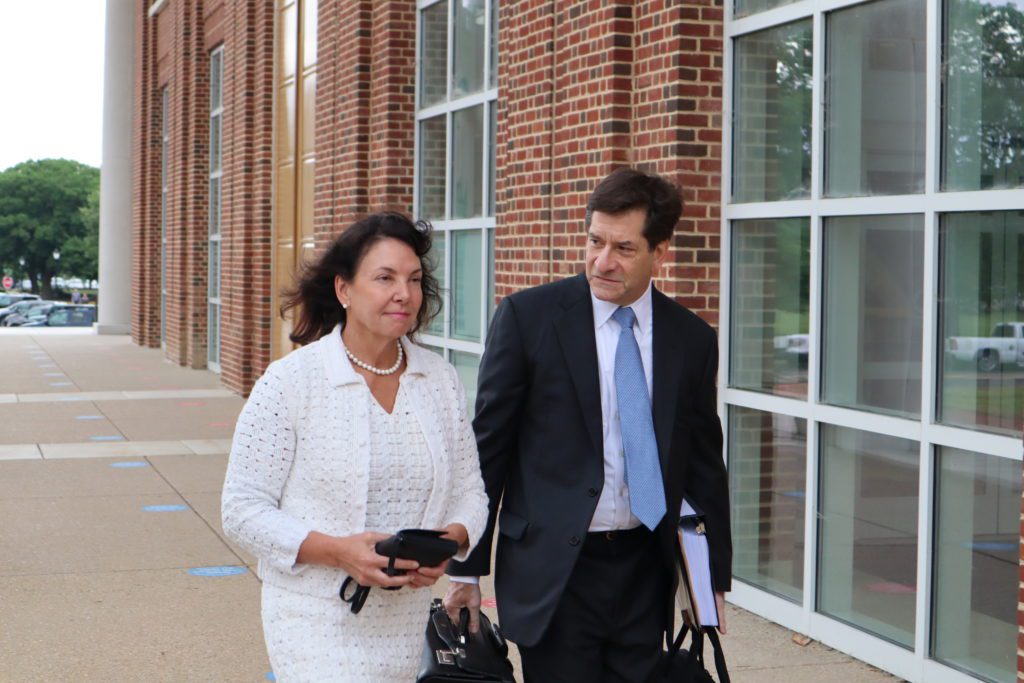 Prosecutors continued calling witnesses during the third day of the trial against State Auditor Kathleen McGuiness.

First to take the stand was Virginia Bateman, a friend of McGuiness’ daughter, both of whom were employed by the Office of the Auditor as casual seasonal employees in 2020.

Much of Bateman’s testimony surrounded a recorded tape of a June 2021 phone conversation between herself and Franklin Robinson, chief investigator for the Department of Justice’s Division of Civil Rights and Public Trust.

Robinson called Bateman as part of his investigation into McGuiness’ office, though he didn’t share that information with Bateman.

“We’re looking at employees that were either hired or fired that were casual/seasonal for the beginning parts of the pandemic,” Robinson told Bateman during the phone call. “I just was wondering if you had a few minutes to talk. We’re just trying to make sure everything was done with the casual seasonals the way it was supposed to be done.”

He asked Bateman how she learned of the job in the auditor’s office and she told him “I know the auditor.”

Robinson asked about the duties she performed in the office and she said she was responsible for creating promotional materials and performing general office duties under the supervision of the office’s chief of staff, Alaina Sewell.

Bateman said the phone call left her feeling intimidated and wondering if she was in trouble.

After prosecutors played the recording, Deputy Attorney General Nicole Mozee asked Bateman what she did immediately after she got off the phone with Robinson.

“I texted Saylar (McGuiness’ daughter) and I called Kathy,” Bateman responded. Asked what she told Elizabeth “Saylar” McGuiness, Bateman said, “I can’t give an exact quote, but something along the lines of, ‘some man just called me and asked about my work with Kathy.’”

With this testimony, prosecutors are likely attempting to establish McGuiness was aware her office was being investigated prior to the indictment being announced in Sept. 2021.

That could work against the defense’s argument that McGuiness couldn’t possibly intimidate witnesses because she wasn’t aware of an investigation.

During his cross-examination, defense attorney Steve Wood raised a number of questions about the way Robinson conducted the phone interview with Bateman.

“He never told you he was investigating Saylar for crime,” Wood asked Bateman.

“He never told you that he was investigating Kathy for committing a crime?”

“He never told you he was investigating anybody for committing a crime?”

Wood asked Bateman questions about the state vehicle prosecutors accuse McGuiness of allowing her daughter to use.

Bateman testified that she would drive the car to work with Kathy and Saylar McGuiness riding as passengers.

Saylar McGuiness doesn’t like to drive, Bateman said, and to her knowledge, she never did.

Bateman and Saylar McGuiness used the vehicle occasionally to run errands for the office, such as to purchase office supplies, she said, noting that she always drove.

“I wish, but no,” Bateman responded.

Later, prosecutors called Jane Cole, director of the state’s Division of Accounting. She began her testimony Wednesday afternoon before court recessed for the day.

Cole outlined the process for state agencies to sign contracts, obligate funds to pay those contracts and have payments issued to contractors.

She testified about two payments made in August and September 2020 from the auditor’s office to My Campaign Group, the consulting firm McGuiness is accused of improperly paying.

In a search warrant written by Robinson and in the state’s original indictment, McGuiness was accused of splitting payments into multiple transactions of less than $5,000 to circumvent state procurement code.

During cross-examination, Cole testified that McGuiness’ office did not split payments in August and September 2020.

Before Robinson wrote the search warrant, Cole told Department of Justice attorneys that individual payments were approved and made out of two different budget lines, she told the court.

Wood hopes to establish that Robinson had all the information he needed to know the statements he made in the search warrant were false.

Later in the day, prosecutors called on Rooslie Maurice and Lizbethmary Vargas, both former casual/seasonal employees in the Office of the Auditor.

Maurice and Vargas testified that they shared a position working at the front desk.

When the COVID-19 lockdown began, the office closed and there was no work for them. Both were temporarily laid off and invited to return to the office in late May 2020.

Shortly after, both Maurice and Vargas resigned from their positions; Maurice to address a personal family matter and Vargas because her babysitter became unavailable and a better job opportunity presented itself.

To the state’s point, both testified that there was little work available for them to do once they came back.

Both women testified that upon their return to the office they observed two new interns, Saylar McGuiness and Virginia Bateman. They did not interact with either, they said.

She’s accused of arranging public payments to a campaign consultant to avoid regulator scrutiny, laying off workers in her office before hiring her daughter whose salary was deposited into a jointly-owned bank account, and attempting to intimidate employees who might help investigators looking into her conduct.