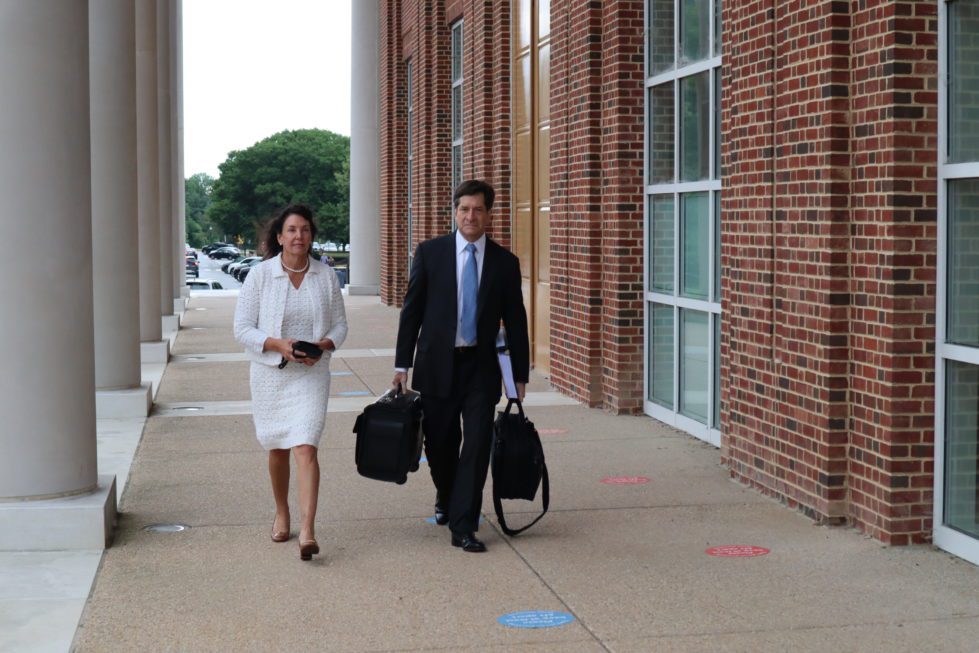 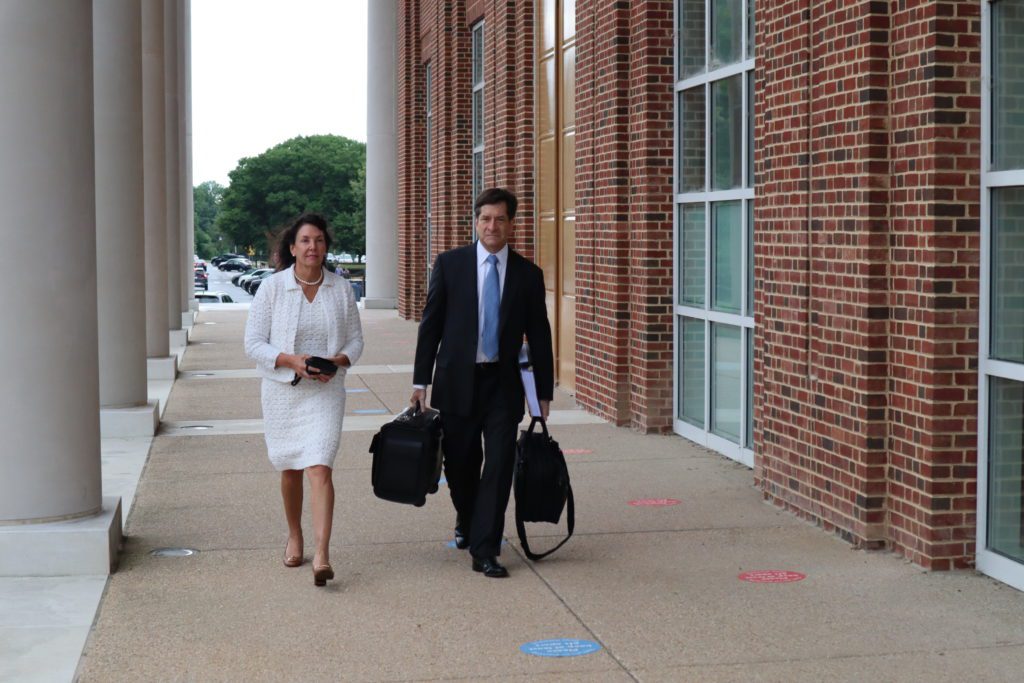 State auditor Kathleen McGuiness’ former chief of staff took the stand Thursday to discuss his participation in the investigation that led to McGuiness’ indictment.

Instead, he spent most of his time detailing a relationship he had with a subordinate staffer.

Thomas Van Horn said during Day 6 of the criminal corruption trial that he was shocked when he was forced to resign and thought it was because McGuiness found out he was talking to Department of Justice investigators.

Whether he was having a “romantic” or “sexual” relationship with a subordinate staffer became a major focus of Thursday’s proceedings.

She’s accused of arranging public payments to a campaign consultant to avoid regulator scrutiny, hiring her daughter whose salary was deposited into a jointly-owned bank account, and attempting to intimidate employees who might help investigators looking into her conduct.

Van Horn was McGuiness’ chief of staff between Dec. 2019 and March 2021, when he was asked to resign for having a sexual relationship with a subordinate.

In Nov. 2020, while still employed by the office, Van Horn became the first to communicate concerns to investigators about things going on in the office he felt were not “by the books.”

He said he became uncomfortable with the way the office was being managed, specifically when McGuiness instructed him to pay the balance of a contract on PayPal using a state credit card.

Van Horn said he reached out to the office’s attorney at the Department of Justice who advised him to contact Chief Investigator Franklin Robinson of the Division of Civil Rights and Public Trust.

He told Robinson he was worried he could be fired if McGuiness found out they were talking and asked if he could maintain anonymity in the investigation.

“I can’t lose this right now because I need the health care for coronavirus,” Van Horn told Robinson.

What Van Horn didn’t tell investigators about on the recordings — or at least what wasn’t played in the courtroom Thursday — was his inappropriate romantic relationship with the subordinate staff member.

He claimed he told McGuiness he was interested in the staffer and even asked for her blessing to “court” or “woo” her, which he says he received.

But in March 2021, Van Horn was asked to step down. He said McGuiness told him it was because “Delaware is a small state” and “there’s rumors going around.”

After lunch and before cross-examination, Judge William C. Carpenter Jr. passed down a stern warning to Van Horn.

“Mr. Van Horn, I want to remind you you’re under oath,” Carpenter said. “The answers you give are very important. You better not be lying. I assure you, sir, you do not want to mess with this judge if you are lying.”

Defense attorney Steve Wood got Van Horn to admit he misled investigators and lied to the grand jury who indicted McGuiness.

“We heard through the grapevine…I guess she forced you or compelled you to resign,” Robinson told Van Horn in an interview recording Wood played for the court.

“Yeah, she brought me in … and said there’s a potential rumor going around that you’re having sexual relationships with someone in the office,” Van Horn responded. “And I said, ‘What are you talking about here, are you bullshitting me?’ She said no, no, I think it’s just best that you resign right now.”

Van Horn told Robinson he thought McGuiness was fabricating the rumor as an excuse to “get rid of” him.

Wood asked Van Horn if he was lying when he called McGuiness’ claim a rumor.

Van Horn said he was.

“You were having sex with [the staffer],” Wood asked him.

“You had a sexual relationship with [the staffer],” Wood asked.

Van Horn later asked Wood “what is the definition of a sexual relationship” and said he wasn’t sure if “making out with someone for five seconds” counted.

He admitted he and the staffer spent the night together on at least one occasion but that by the time he resigned, the relationship was broken off.

Also Thursday, Elizabeth Vasilikos, a former deputy auditor and former godmother to McGuiness’ children testified that the office’s atmosphere was toxic and oppressive.

Vasilikos testified that other staff members used her state credit card on multiple occasions, though she doesn’t know for what reason.

Patty Moore, a former human resources employee in the Office of the Auditor, discussed the way Saylar McGuiness and her friend, Virginia Bateman, were hired as part-time employees.

She said according to the state’s records, Saylar McGuiness was authorized to work up to 37.5 hours a week — more than the 29.5 hours allowed of most other part-time employees. She never worked more than 29.5 hours in a week, though, and according to earlier testimony, she was under the impression that was her cap, too.

Thomas testified about how she once called the Division of Accounting to ask how to account for SiriusXM radio charges on an office credit card. The Division told her those weren’t appropriate charges and they’d have to be reimbursed.

She said McGuiness was infuriated that she called the Divison without talking to her first and slammed down cash and coins as reimbursement.

Thomas will be cross-examined beginning at 9 a.m. Friday.

Thursday marks the sixth day of the trial. Prosecutors expect to rest their case by Monday, and Wood said the defense needs about two and a half days to present their side.