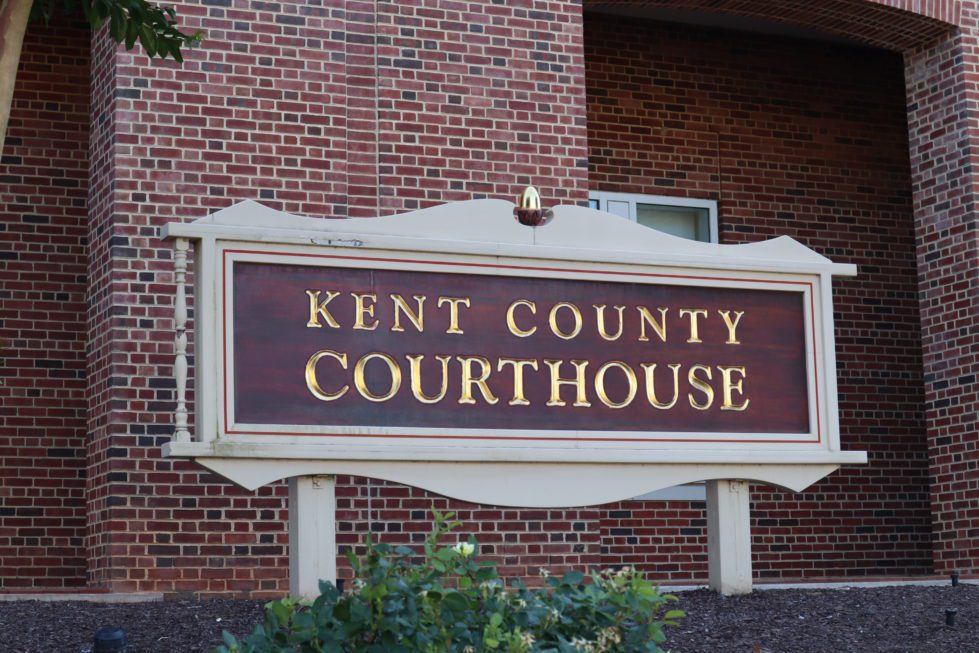 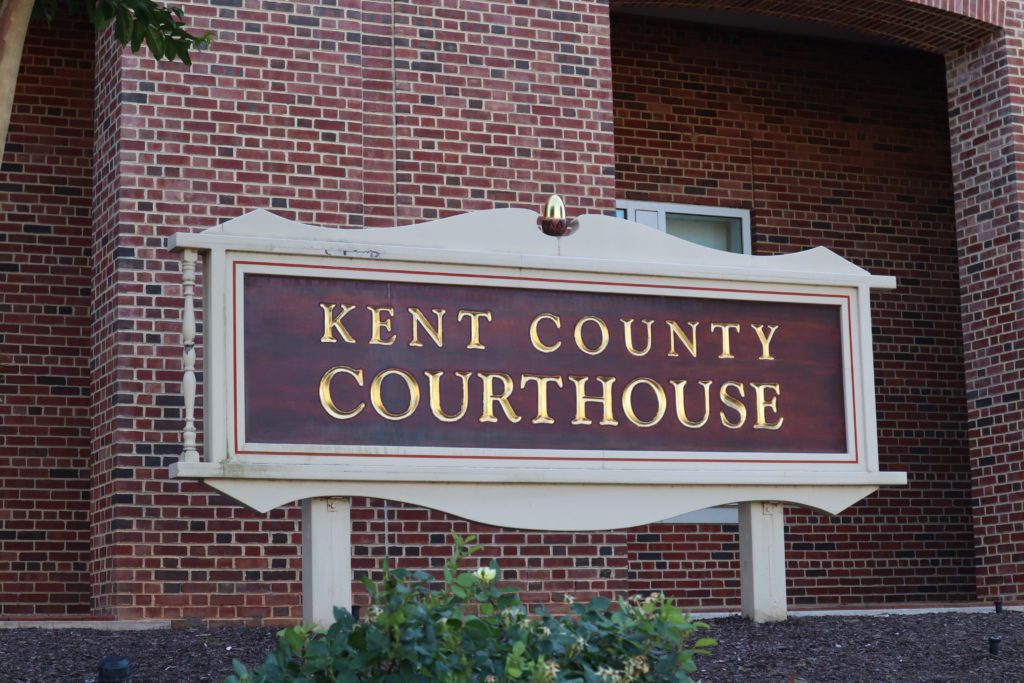 State prosecutors called on three witnesses Wednesday to detail Auditor Kathy McGuiness’ alleged habit of surveilling employees’ emails, as well as the lack of emails sent to and by her daughter who worked in the office, and the way a consulting group was paid.

She’s accused of arranging public payments to a campaign consultant to avoid regulator scrutiny, firing workers in her office to hire her daughter whose salary was deposited into a jointly-owned bank account, and attempting to intimidate employees who might help investigators looking into her conduct.

While the first day of the trial featured fiery opening statements that painted vastly different pictures of the type of office the state auditor runs, the second day of trial was, well, less exciting.

The jury entered the courtroom more than an hour behind schedule when the device used to project documents onto screens throughout the room became dysfunctional.

Ironically, most of the day was spent questioning witnesses from the very agency responsible for technology in state government: the Department of Technology and Information.

Purdy’s testimony may have helped jurors understand what prosecutor Mark Denney was talking about in his opening statement when he said McGuiness made 42 electronic records requests for employees’ emails — significantly more than any other agency head.

Wood argued McGuiness wasn’t aware she was under investigation and the state actively sought to keep their investigation secret, therefore she couldn’t possibly intimidate witnesses.

“There is zero evidence I have ever seen that the defendant was aware she was under investigation at the time these e-records requests were made,” Wood said. “It might show she ran the auditor’s office with an iron fist, or there was something creepy about her behavior, but none of it has relevance to what brings us here today.”

Carpenter said prosecutors told the court they believe they have evidence to suggest McGuiness was aware she was being investigated, and they have a right to try and prove it.

If the state fails to prove that claim after presenting its evidence, Carpenter said Wood could raise the question again at the end of the trial.

James Herron, a telecommunications technologist with the Department of Technology and Information, testified on a report he generated detailing the emails sent to and from McGuiness’ daughter, Elizabeth “Saylar” McGuiness, on her personal email address.

The state is attempting to argue that Elizabeth McGuiness was paid for work she didn’t do. As evidence, the state has offered her email and virtual private network, or VPN, records, which show that she rarely, if ever, accessed the state’s network.

Wood said Tuesday that’s because the type of work Elizabeth McGuiness performed didn’t require email or VPN access. She was responsible for creating social media graphics, scheduling posts and driving her mother around in a state vehicle, none of which required access to the state’s servers, he said.

Jane Cole, director of the state’s Division of Accounting, explained the process by which state agencies can spend money, including by contract, purchase order, or state debit card, known as a P-card.

She pointed to the payments between the Office of the Auditor of Accounts and two consulting firms, My Campaign Group and Innovate Consulting.

Both firms specialize in political communications and are owned by Christie Gross, who the state argues is a personal friend of McGuiness and who Wood called a “business acquaintance.”

Cole said purchase orders must be for less than $50,000 to avoid a public bidding process, and at the time of the auditor’s alleged actions, single payments of more than $5,000 had to be approved by the Division of Finance. That threshold has since been raised to $10,000.

She said it’s illegal to split payments up to remain beneath that threshold, which is exactly what the state accuses of doing in its payments to Gross’s consulting firms.

Wood did not have time to cross-examine Cole before the judge recessed the court for the evening.

The trial of State Auditor Kathy McGuiness began Tuesday in Dover with both sides delivering fiery opening statements before recessing for lunch.

With the jury seated, prosecutors laid out their case against the statewide-elected Democrat, arguing she is guilty of facilitating waste, fraud and abuse despite being the elected official designated to fight against those things.

But high-powered defense attorney and former prosecutor Steve Wood said the Department of Justice’s investigation into McGuiness began with a conclusion in mind, around which they built a rickety case.

Prosecutor Mark Denney told the jury that McGuiness ran her office like a family business, “like a pizza shop.”

She abused the office to benefit and enrich herself, her family and her friends, Denney said.

He accused her of firing employees to hire her daughter, who never logged into the state’s virtual private network, or VPN, or sent messages from her state email address. She also had access to a state vehicle, Denney added.

Wood said it’s not true that McGuiness’ daughter was given special treatment, and he intends to prove that she earned every penny she was paid.

The only employee who was fired from McGuiness’ office was her former chief of staff, Wood said, whose employment was terminated “for having an inappropriate sexual relationship with a subordinate.”

McGuiness’ daughter performed work virtually and communicated with McGuiness and other staff members by text, Wood said, as any high school senior or college freshman would.

McGuiness’ daughter only drove the state vehicle when chauffeuring McGuiness to and from the office and events, and other similarly situated employees were authorized to do the same, which they did, Wood said.

Wood showed the jury emails and texts from each of the employees who Denney said McGuiness fired, demonstrating they each resigned voluntarily, contrary to what the indictment reads.

Denny said McGuiness knowingly and willfully structured contracts and payments so as to avoid regulator scrutiny and the need for a public bidding process.

Wood said McGuiness was only following the advice of her office’s accountant and her legal counsel in the Department of Justice, and that the payments were perfectly legal, though they might raise eyebrows.

Two of those payments, Wood added, were approved by regulators with the Division of Finance and were paid using two different accounts, a general fund and a COVID relief fund.

That’s contrary to what the Department of Justice’s chief investigator said when he wrote a search warrant, where he suggested McGuiness intentionally broke those payments up to remain below a certain threshold that would require oversight.

Wood said the investigator knowingly lied to the court when he wrote the search warrant. Denney said he didn’t have all of the information at the time.

Wood showed screenshots of accounting documents which show that the investigator did have access to the relevant information at the time he wrote the search warrant, whether or not he availed himself of it.

The state then doubled down, Wood said, and repeated those lies to a New Castle grand jury when they first presented the case.

Denney accused McGuiness of intimidating witnesses and pushing “confidentiality” as the office’s mission with the express intent of dissuading employees from cooperating with investigators.

She surveilled workers’ emails by requesting access from the state’s technology department. During the time that the governor requested access to just 2 employee emails, McGuiness made the same request 44 times, he said.

Wood asked the jurors to listen to the evidence and determine whether the state’s witnesses tell the truth, the whole truth and nothing but the truth.

Denney said nobody is above the law — not even statewide elected officials.

It’s not clear how long the case will go on, but the court has reserved the room for 9 days.