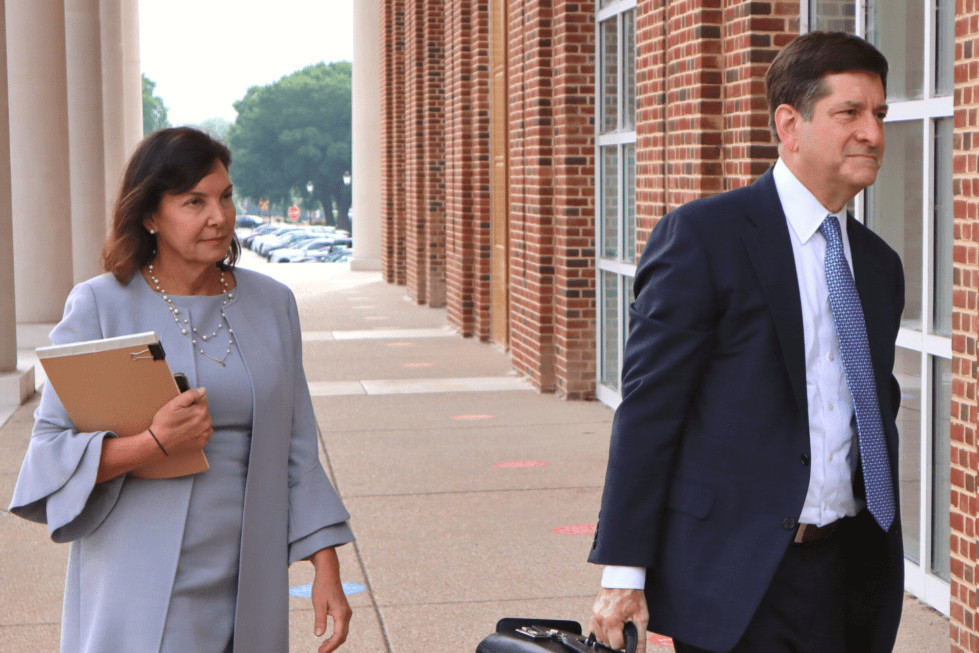 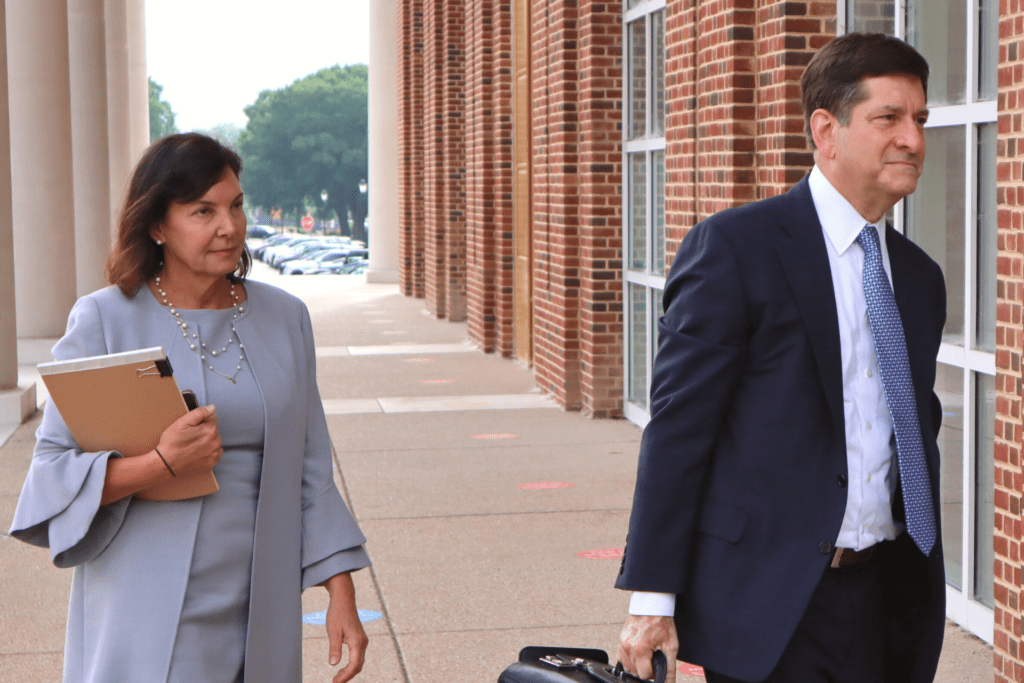 Prosecutors in the criminal corruption trial of State Auditor Kathleen McGuiness say they plan to rest their case Monday, assuming everything goes according to plan.

That testimony was about as exciting as it sounds. The real fireworks happened not on the witness stand, but between the judge and attorneys.

She’s accused of arranging public payments to a campaign consultant to avoid regulator scrutiny, hiring her daughter whose salary was deposited into a jointly-owned bank account, and attempting to intimidate employees who might help investigators looking into her conduct.

Former accountant Shaquanna Cousin was halfway through her direct examination when Judge William Carpenter excused the jury and ordered a morning break.

When he returned, defense attorney Steve Wood objected to what he apparently knew prosecutors were about to begin asking Cousin.

After Cousin resigned from the Office of the Auditor, she filed a complaint with the Equal Employment Opportunity Commission alleging a pay disparity between herself and other similarly situated employees.

That eventually led to a lawsuit, which the state settled.

Wood said prosecutors only wanted to ask Cousin about the terms of her resignation to paint McGuiness as a racist, something he called “profoundly prejudicial.”

In fact, Wood said, Cousin’s pay disparity was the result of a clerical error on the part of former chief of staff Thomas Van Horn, who testified Thursday.

Wood said there’s “a mistrial motion coming” because prosecutors “have repeatedly told you things that the records don’t bear out.”

“That is 100% false,” said lead prosecutor Mark Denney. “I’ve listened to his soliloquies…”

That’s when the ordinarily stoic Carpenter jumped in, showing the highest degree of frustration thus far in the trial.

“The inappropriate comments between counsel are stopping today,” he said. “Please, do not personalize what’s going on here … I’ve been patient about this. I’ve been patient for two weeks. My patience is getting very, very thin. This case should have been done two days ago. Now we have another whole week … I want it stopped today. That’s the end of this conversation.”

Prosecutors didn’t ask Cousin about the terms of her departure when the jury returned, but they reserved the right to do that later in the trial.

On cross-examination, Wood asked Cousin why she didn’t return to the office following a planned vacation.

Had she returned, she would have come back to an email from McGuiness asking her to file what’s known as an “after-the-fact waiver” to account for cost overruns on a contract with My Campaign Group.

A final invoice from the company for $11,250 fell behind by nearly three weeks. Before she left, Cousin authorized a $4,350 payment — the remaining amount of encumbered funds on the $45,000 contract.

That left a $6,900 balance with My Campaign Group, of which McGuiness ordered Cousin to pay $4,900 via direct claim. Had Cousin filed the after-the-fact waiver, the payments made to My Campaign Group would not be in question.

Cousin also detailed an interaction with McGuiness where she reimbursed the state by allegedly slamming down $20.63 in dollars and coins for a SiriusXM subscription that was improperly billed to a state credit card.

Also Friday, prosecutors wrapped up testimony from Kelsey Thomas, a former accountant who became concerned with some of the ways money was being managed in the office.

She later discovered McGuiness had been surveilling her email communications after Thomas shared email threads with investigators on the subject of McGuiness’ satellite radio subscription.

Wood emphasized the amount in question totaled no more than $65.67 — a relatively small amount. He noted the SiriusXM subscription was nowhere in the state’s indictment,.

Lisa Elder, a former auditor in the office, discussed staff meetings during which employees were encouraged to recite “confidentiality” as the office motto, sometimes individually and sometimes one by one.

Elder said she had an overall negative experience working in the office under McGuiness’ command.

Dawn Haw-Young was next to the stand, though prosecutors weren’t able to finish their direct examination before Carpenter ended the trial for the day.

Haw-Young, the office’s former chief administrative auditor, said the office was mismanaged and she never received so much as a job description.

The trial continues Monday at 9 a.m.

Friday marks the seventh day of the trial. Prosecutors expect to rest their case by Monday and Wood said the defense needs about two and a half days to present their side.