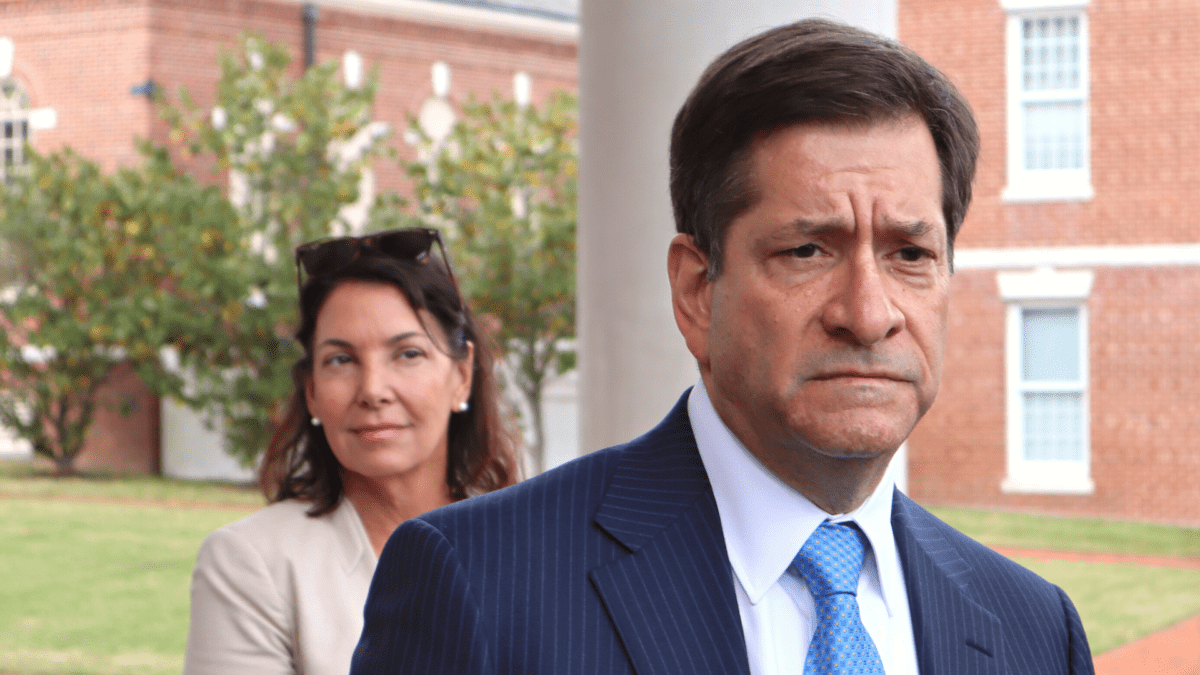 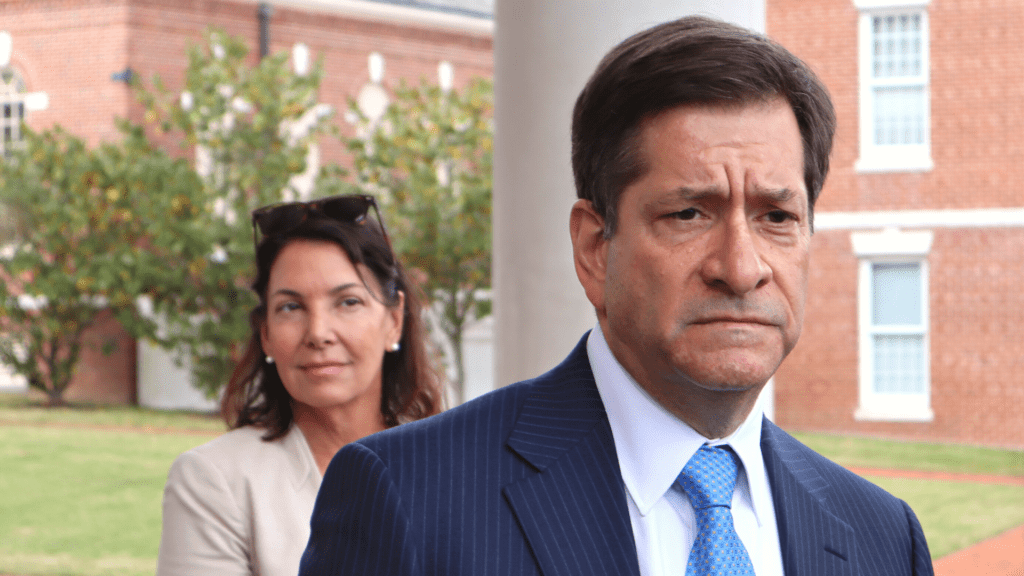 Delaware state Auditor Kathy McGuiness will not see the inside of a jail cell after being sentenced on two misdemeanor public corruption charges Wednesday.

Prosecutors asked the judge to impose a 30-day prison sentence. Instead, she’ll face one year of probation, a $10,000 fine, and 500 hours of community service.

McGuiness plans to appeal her convictions to the Delaware Supreme Court.

McGuiness was found guilty in July of misdemeanor official misconduct and misdemeanor conflict of interest stemming from her decision to hire her daughter to work in the auditor’s office. The jury acquitted McGuiness of charges of theft and intimidation, both felonies, after an 11-day trial.

In a surprise announcement during the trial, defense attorney Steve Wood told the judge McGuiness plans to resign from office effective Nov. 4.

Later Wednesday afternoon, however, Gov. John Carney’s office announced that McGuiness had sent a second letter of resignation, this time offering to step down Wednesday at 4:30 p.m.

That means McGuiness won’t be able to “tie up some loose ends” — the reason she offered for the Nov. 4 resignation date.

“There’s a couple of engagements to finish,” McGuiness told reporters outside of the courthouse Wednesday. “I want to make sure that there is a seamless transition for the next administration so they are left in great shape.”

By moving her resignation date forward, McGuiness saved Carney the trouble of removing her from office. 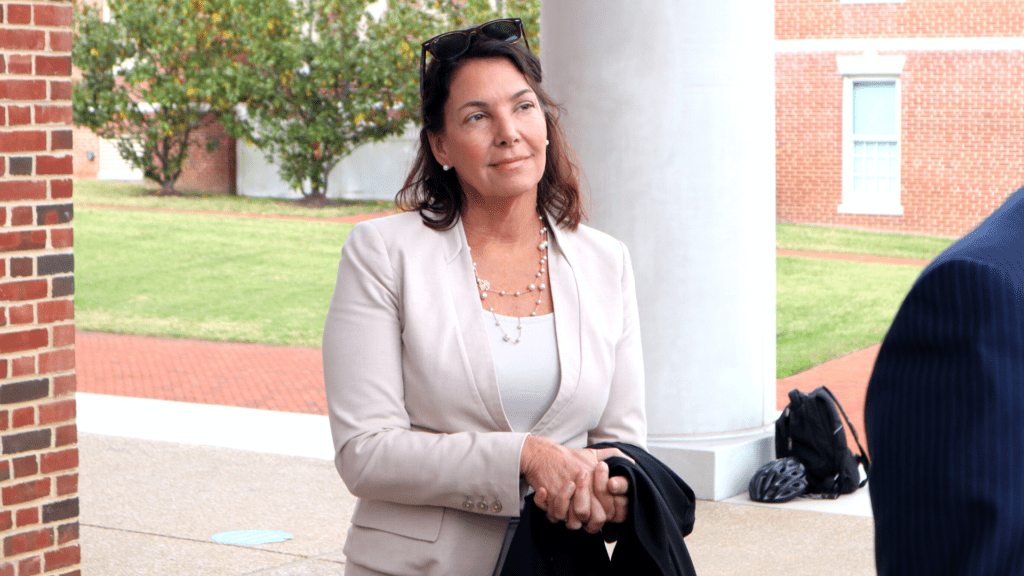 In the state’s sentencing recommendation, prosecutors said McGuiness has shown a “complete lack of remorse” for her actions.

But while addressing the court Wednesday, McGuiness said she regrets her actions, though she didn’t know she was acting unlawfully at the time.

“Let me say as an imperfect person and someone that has always strived to do the best,” McGuiness said, “that it was never my intention to violate the trust placed in me.”

“Regardless of my very best intentions, my better judgment did not rise to the expectations of the citizens of this state,” she said. “For falling short of these expectations, I am disappointed in myself and deeply remorseful.”

“Ms. McGuiness, it is a great privilege to be elected by the citizens of this state to hold public office,” Carpenter said. “They put their trust in you and asked that you carry out your responsibilities fairly, equitably, and without cheating the system.”

“You are a servant of the people and are expected to perform the functions of your office with humility, recognizing that it is the office you hold that is important and not the person who holds it,” Carpenter said. “Your lack of good judgment and common sense, at times, is reflected in the facts of this case.”

After the hearing, lead prosecutor Mark Denney said he is pleased with the judge’s decision.

“Our job is to do the right thing and pursue the evidence presented to the jury in this case,” Denney said. “We were thrilled with the jury’s verdicts and we’re happy with the sentence today.”

In a statement to Delaware LIVE News, Attorney General Kathy Jennings called the McGuiness case a “shameful chapter of our history.”

“I am grateful to our team, who showed consummate professionalism throughout this trial, and above all else to the whistleblowers who made justice possible by showing the courage to come forward and tell their stories,” Jennings said. “We will continue to ensure that nobody in this State is above the law or beneath justice.”

Common Cause Delaware, an advocacy group dedicated to open, honest, and accountable government, renewed calls for the creation of an office of the inspector general following McGuiness’s sentencing.

“Delawareans shouldn’t have to wonder what our elected officials are up to, or whose interests are being served. We deserve to have confidence that our tax dollars are being well-spent, and that our government officials are serving our interests, not their own interests or other private interests,” the statement reads.

“Last spring there was bipartisan legislative support for creating an IG that is independent, non-partisan, and appointed on the basis of professional qualifications, rather than simply elected. Sadly, however, the bill was not allowed onto the House floor for a vote.”

The bill was blocked, in part, by Speaker of the House Pete Schwartzkopf, D-Rehoboth Beach. Schwartzkopf is a longtime friend and ally to McGuiness.

RELATED: One Democrat. One Republican. Both want an inspector general

“Our state officials are supposed to act in the public’s interest, not their own,” Common Cause said.