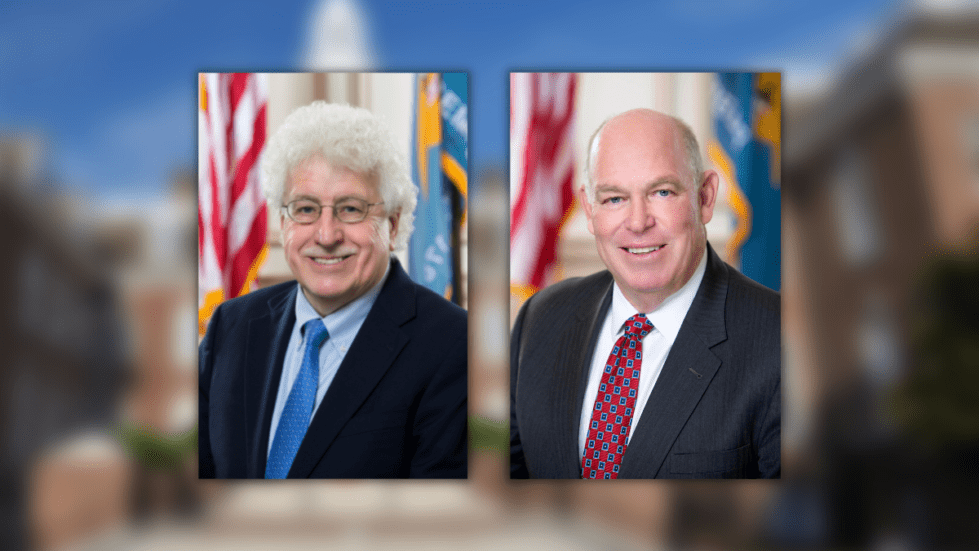 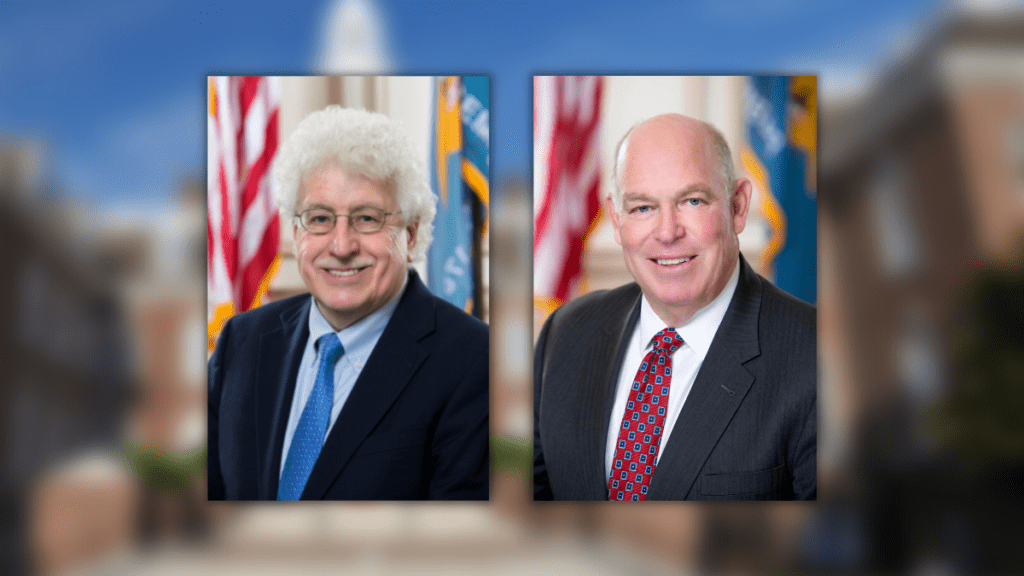 An outgoing Democratic member of the Delaware House of Representatives says House Speaker Pete Schwartzkopf blocked his bill to create an office of the inspector general.

That leadership style can be characterized by “coercion, intimidation, incentivizing and reward,” Kowalko said, and the inspector general bill is just one example of that.

“That’s not the way to lead and if that’s the way you’re leading, then obviously you have a failure in your ability to be a leader,” he said.

Kowalko’s term expires in Nov. 2022. He is not seeking re-election.

“As far as I’m concerned, Speaker Schwartzkopf was the sole reason that bill did not get a floor vote,” Kowalko said. “I’ve said it before and I’ll say it again: an authoritarian ruler is not what we should expect or what we should be burdened with.”

In a statement to Delaware LIVE News, Schwartzkopf said he has publicly made it clear that he supports the idea of creating an inspector general’s office.

“Creating a new state agency doesn’t happen very often, and when it does, it requires a lot of coordination and collaboration,” Schwartzkopf said. “It requires dedicated funding and resources to be lined up as well. The push for this bill came very late in the session after the budget process was completed.”

Schwartzkopf said the bill needs some additional work to ensure the office can operate as intended and is properly resourced to be effective.

Rep. Mike Smith, R-Pike Creek Valley, who co-sponsored the bill, did not respond to multiple requests for comment.

Because House Bill 405 didn’t pass before June 30, the bill will need to be refiled during the next General Assembly and go through the committee process again.

The bill, which was released from the House Administration Committee, would have created an office to identify and root out waste, fraud, abuse, mismanagement and corruption in state government.

Schwartzkopf, D-Rehoboth Beach, assigned the bill to the five-member House Administration Committee in April 2022. The committee, which includes Schwartzkopf, voted to release the bill on June 15, 2022.

On June 16, the bill was assigned to the House Appropriations Committee. That body exists to allocate funds when a proposal falls outside of the state budget.

According to the bill’s fiscal note, the office would have cost the state just over $450,000 in the first year and about $1 million during each subsequent year.

In the week leading up to the end of session, Kowalko filed an amendment that sought to delay the act’s effective date until the funds necessary for its implementation had been appropriated.

Kowalko said that amendment negated the need for an Appropriations hearing.

“You have certainly raised some fair and serious concerns and as you can see we’ve worked with all the supporters of this legislation to address those concerns,” Kowalko said in a June 24 email to Schwartzkopf. “We hope you’ll see fit to place this bill (with the amendment) on the House agenda for a floor vote.”

Schwartzkopf did not place the bill on the House agenda for a floor vote.

Kowalko said he’s almost certain that if the bill had been permitted to go to a vote, it would have passed.

“It had bipartisan support and enthusiasm from most members of the House that spoke about it, including Majority Leader Valerie Longhurst,” Kowalko said. “So I could not even understand why silence was the response I got from the speaker.”

The Delaware Coalition for Open Government, or DelCOG, has been leading the charge for the creation of an inspector general’s office since 2019.

Wasileski said Schwartzkopf’s refusal to place the bill on the agenda perfectly encapsulates the nature of Delaware politics.

“It’s horse-trading,” he said. “I scratch your back, you scratch mine. You want this bill through, I want something else done. Everybody plays the game.”

In the game of politics, said Claire Snyder-Hall, executive director of Common Cause Delaware, the public interest often loses.

“I can’t really understand why the speaker would not bring a bill forward that has such strong bipartisan support,” Snyder-Hall said. “No one person should have the power to decide unilaterally what gets brought to the floor for a vote.”

The checks and balances designed to protect the state’s democratic system of government are threatened when one person holds so much power, she said.

While Schwartzkopf didn’t offer any explanation for withholding the bill, some have speculated it had something to do with the trial of State Auditor Kathleen McGuiness, who was found guilty on three misdemeanor corruption charges on July 1.

“My suspicion is that he did not want to take a position that would appear to confront the innocence or guilt of Kathy McGuiness,” Kowalko said. “I know he has been very close with her as far as being a supporter and a friend, both of them being from Rehoboth Beach.”

In a May 17 letter from McGuiness to every state legislator, McGuiness said the proposal would be “duplicative and an inefficient use of funds.”

“The Inspector General as proposed would be responsible for identifying fraud, waste, abuse, mismanagement, corruption, or any other conduct that harms the public interest,” McGuiness wrote. “Nearly all of the powers and responsibilities are already covered by work conducted by my office.”

Kowalko said McGuiness may be doing some of the work outlined in the bill, but if she is, she’s acting outside of how the law defines her job duties.

According to Title 29, Section 29 of the Delaware Code, the auditor’s job is to conduct postaudits of state agencies, school districts and other bodies which receive state funds.

Nowhere in the auditor’s job description is there any mention of investigating waste, fraud or abuse, Wasileski said.

“That duplication argument does not hold water,” Wasileski said. “All you have to do is read Title 29, Chapter 29. It’s pretty short — the authority of the auditor is financial audits.”

Besides, said DelCOG president Keith Steck, DelCOG has been fighting to create an inspector general’s office since 2019 — long before the public became aware of any investigation into McGuiness.

“It wasn’t like we were going after her,” Steck said. “It’s totally incidental. If that hadn’t happened, it wouldn’t have mattered because we still would have pushed for this bill. It’s a ruse to try and say that this is a duplication of efforts.”

Steck noted that 35 states and the District of Columbia have inspectors general. Each of those states and D.C. also have auditors, whether they be elected statewide, at the regional level, or under the purview of some other administrative body.

Aside from that, Steck said, if a bill makes it through committee, it ought to get a vote on the floor.

“We are essentially in a situation where one person has total control in the Senate or the House and we rely on that person to do what’s in the best interests of all Delawareans,” he said. “Here we have a bill that doesn’t seem to have any real downsides, but it’s been held up even though the committee voted to send it to the House for a vote.”

Snyder-Hall said she’d like to see government leaders like Schwartzkopf have a bit more respect for the democratic system.

“I think that acting unilaterally instead of collaboratively does give the impression of a more authoritarian rather than a more democratic mindset,” she said.

Kowalko said Schwartzkopf needs to be reminded that even though he’s the speaker, he’s no more or less than any other member of the House.

“I have personally suffered the wrath of Pete Schwartzkopf,” Kowalko said. “He unceremoniously took the chairmanship of the Energy Committee away from me, he took me off of the Education Committee for a couple of years because he said I didn’t get along well with people, and he took me off the Joint Sunset Committee.”

Kowalko said if there’s one thing he wants his Democratic colleagues to keep in mind after he retires, it’s that they don’t have to “suffer silently under Schwartzkopf’s leadership.”

“There’s a very real coercive effort: intimidation, incentivization, he’s made committee assignments and chairmanship assignments as rewards and he’s removed members from committees as punishments,” Kowalko said. “And with bills, if a bill has any chance of having any breath of life, that’s all dictated by the speaker, and it has been, and I feel bad.”

Kowalko said he’s hopeful the Nov. 2022 election will bring some new faces to the House of Representatives.

While he won’t be there, Kowalko said he will “certainly recommend that we very much consider a change in leadership.”

“However, Rep. Kowalko and I have two different ways of getting things done,” Schwartzkopf said. “He tends to make things personal when people have disagreements or different ideas, rather than finding compromise or other solutions.”