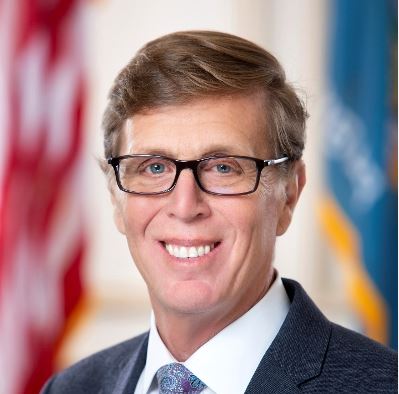 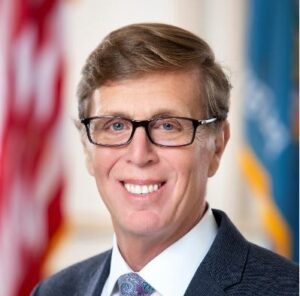 A suburban New Castle County race for state House is turning into one of most hotly-contested battles of this year’s general election.

Incumbent Republican Rep. Mike Ramone, who has been in office since 2009, faces Democrat Dr. Frank Burns for the South Pike Creek seat — one of the last held by Republicans in the state’s northernmost county.

Burns is a doctor of biochemistry who owns BioPrimate, a company that specializes in microbial community and microbiome research.

Although Ramone is a Republican, the district he represents is not. Of the 19,030 registered voters in the 21st Representative District, 8,517 are Democrats, 5,117 are Republicans, and 5,396 belong to a third or no party.

Burns doesn’t buy Ramone’s schtick. Try as he might to appeal to the center (and even the left), Ramone is a Republican, Burns says, with all the associated baggage.

With so many national issues bearing down on the election, Ramone must chart a delicate course between what his party wants and what his constituents demand.

Burns said many local issues, like traffic concerns, are apolitical and come down to a lawmaker’s ability to connect residents with the people or agencies who can solve their problems.

The result is an untraditional election between a popular Republican in a solid-blue district and a political newcomer whose views more closely align with the majority.

Why stay in office, Ramone?

By age 45, Ramone had established a series of successful businesses in northern Delaware and could have easily retired and dedicated the remainder of his life to leisure, he says.

“The businesses were good, people had been good to us and we were in a very strong position financially,” Ramone told Delaware LIVE News. “So I was like, ‘You know what, I think I’m going to try to give back to those who gave to us.”

Ramone, now 61, said he never considered himself a politician, and still doesn’t. He doesn’t stay in office for the clout, he said, and would “get out of the way and help … if a great Republican or Democrat came along who I felt would be phenomenal for the district.”

This isn’t the year, Ramone said. His daughter, who he undoubtedly feels would meet that criteria, was rezoned out of his territory during decennial redistricting in 2020. She’s running for state representative against Rep. Paul Baumbach.

“The reality is,” Ramone said, “when they do redistricting and cut your whole family out of your district and put them in another district, I’m not the kind of guy that walks away from that — I’m not going to get bullied out of being a legislator.”

Aside from that, Ramone’s fight isn’t over, he said. His district needs a business-minded voice to push back against policies and practices that are bad for his constituents’ bottom lines.

Why join the circus, Burns?

When 19 students and two teachers were slain in the May 2022 Robb Elementary School shooting in Uvalde, Texas, Burns looked to Ramone to see how he would vote on gun-reform measures moving through the General Assembly.

“He voted against stopping the further sale of assault weapons, he voted against banning large-capacity magazines, and he voted against raising the age to buy a weapon from 18 to 21,” Burns said. “At that point, I was committed to really helping whoever was going to run against him.”

On July 4, Ramone was emceeing the Independence Day festivities in Hockessin when Burns got a notification on his phone about the Highland Park, Illinois parade shooting that killed seven and wounded 48.

“At that point, I decided that if no one else filed, I was going to run against him,” Burns said. “If you want to know why I came out of my comfort zone and got into this nasty world of politics, that’s it.

“I’m not going to be represented in Dover by someone who puts arms-industry profits above the lives of kids — I just won’t do it.”

Ramone said politics have become increasingly polarized during his time in office. Local candidates are often forced to confront national political narratives, he said, rather than talking about local issues.

“I talk to people — my people — and most of them ask how my kids are, or my grandkids, or my wife,” Ramone said. “But some people that move in, especially New Yorkers or Jersey-ers or whatever, they get into questions and topics like ‘Are you voting for Trump? Are you MAGA?’”

Ramone’s response to those people is simple.

“I’m a Delawarean,” he tells them. “Everything I have is yellow — it’s not red and it’s not blue. It’s yellow. I’m representing my district, and whatever they want me to do, that’s what I do.”

All Ramone says he wants is a happy district.

“That’s my job,” he said. “Stay in my lane and keep my district happy.

“Have there been times when the Democrats have said things that I’m very aligned with and I get boxed out because I’m not a Democrat? Yes. Are there things that the Republican Party says that I don’t want to be aligned with? Absolutely.”

Burns said he, too, has observed a lack of civility in politics, but thinks it’ll be easier for him to work across party lines than Ramone.

“I see it more in the Republican Party, where in order to keep the Republican base voters, elected officials are on a pretty tight leash,” Burns said. “This probably goes back to the Tea Party. Especially if elections are going to be close, you can’t alienate that base of your party. Even if it’s only 30% of your voters, if you alienate them, that means you’re not going to get elected. ”

Burns said Ramone must focus on appealing to moderates without upsetting his MAGA base. That’s not a problem for Burns, he said, because the Democratic Party has more room for ideological diversity.

Ramone acknowledged that it would be easier for him to remain in office by switching parties and becoming a Democrat. Some have encouraged him to do that, but he won’t, he said, because it would be hypocritical.

“I decided to be a Republican because I was attracted to fiscal responsibility,” Ramone said. “For most people, I still think that’s the most important issue.”

These days, he said, the Democratic Party is the party of “spend, spend, spend,” and the reason he’s been successful as a Republican is because he’s not in that camp.

Burns said he’s a Democrat because, unlike Ramone and Republicans, he’s “more on the side of workers” and a strong supporter of unions.

“I think workers have not been getting their fair share of the increase in the economic growth in this country for a long time,” Burns said. “I’m not going to say they’ve been perfect about it, but from my viewpoint, the Democratic Party has done a better job with that than the Republican Party.”

Burns is endorsed by the Delaware Working Families Party, ​​a progressive grassroots political party that has gained significant ground in recent elections.

“I think that was kind of a no-brainer for them because Mike Ramone has voted every time against raising the minimum wage and against paid family and medical leave,” Burns said. “So he’s taken a lot of votes that are anti-worker.”

Burns said Ramone incorrectly asserted during a recent constituent meeting that Burns is a member of and endorsed by the Delaware chapter of the Democratic Socialists of America.

“He’s misinformed,” Burns said. “I agree with some things that they are for, but I am not a Democratic Socialist. I’m not a member and I didn’t ask for their endorsement.”

“I’m a pragmatist,” he said. “When I see that something is working really well in dozens of countries and delivering better results than we have here, I am inclined to be supportive of it. It’s not coming from some kind of an ideological stance or place — it’s coming from pragmatism.”

As more progressives are elected to the General Assembly, Ramone said the odds shrink for centrist House Speaker Pete Schwartzkopf to maintain his leadership position.

For Republicans, that introduces an uncomfortable dilemma. Many of them, including Ramone, object to Schwartzkopf’s leadership style and say he has a problem with transparency.

The idea of a far-left Democrat holding the speakership is even more unpleasant, Ramone said.

“Schwartzkopf is probably as Republican as I am — and I’m probably as Democrat as he is,” Ramone said. “We could switch sides and it’s not a problem because when you go to different places, what the middle looks like looks different.”

Ramone said if Republicans win 20 seats in the next General Assembly, he’d consider calling Schwartzkopf and asking if he’d be interested in switching parties and maintaining the speakership.

Otherwise, “the socialists in the Democratic Party are going to push him out,” Ramone said.

Burns said he’s “not a big fan of our current speaker.”

“I would have to see who else is running and what they are going to bring to it,” Burns said. “I would like to see Pete Schwartzkopf go but that doesn’t mean that I’m just going to vote for anyone other than him.”

Ramone has long advocated for an increase to the Senior School Property Tax Relief credit, which allows Delawareans age 65 or over to claim a tax credit against their regular school property taxes of 50%, up to $500.

In 2017, when faced with a budget shortfall, the General Assembly decreased the maximum credit to $400. In the time since, Ramone has sponsored and co-sponsored multiple bills to restore the credit.

Most recently, this year, Ramone authored one bill to restore it to $500 and co-sponsored another bill to increase it to $750.

Neither passed, and his bill never received a hearing in the House Administration committee. However, the Joint Finance Committee raised the credit to $500 through epilogue language in the state budget.

“Rather than let Mike Ramone’s bill run, because he’s that rotten Republican in what should be a Democratic seat, they ended up pushing it through in epilogue in JFC, which is fine,” Ramone said. “I still feel a big accomplishment was made.”

Burns said he supports increasing the senior tax credit, with one caveat.

“I also want there to be some way for us to take care of seniors who are paying real estate property taxes through their rents,” Burns said. “Within the district, we have a number of large rental communities and there are many seniors who are living in not-so-good situations.”

Property taxes are inevitably passed down to tenants in their rents, Burns said, and he wants to make sure they’re able to get relief, too.

Ramone said many constituents tell him he’s the only Republican they’ll ever support. He’s overcome the odds before, he said, and he’s confident he can do it again.

As is typical for Ramone, he offered a detailed analysis of how the new totals could affect the election in his favor.

Burns said he thinks the election is going to be close.

“I’m not going to bet my house on either one of us winning,” he said.