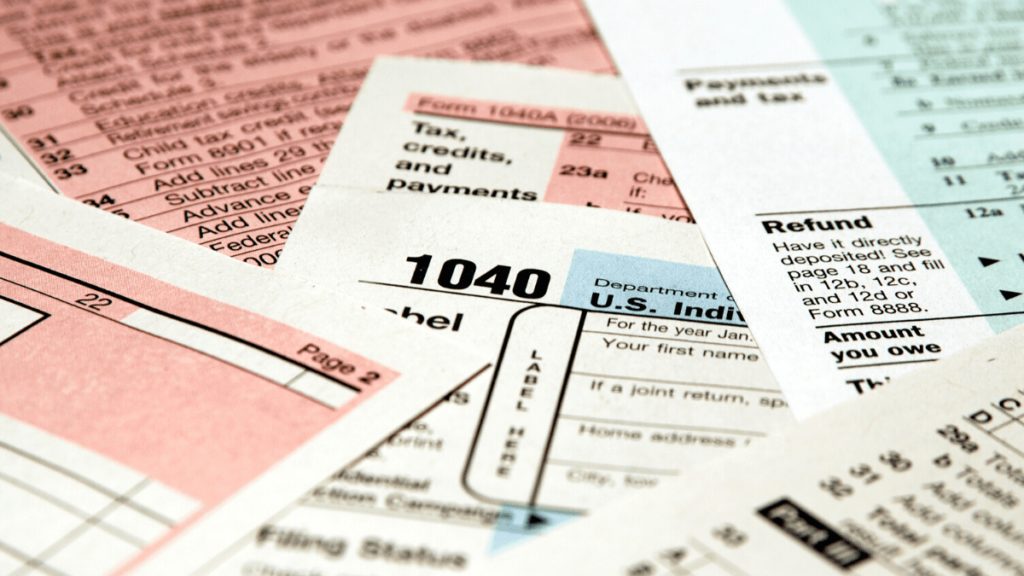 Republicans in the House of Representatives have introduced six new bills to return surplus state revenue to Delawareans.

With a windfall of cash from federal stimulus bills and the bipartisan infrastructure bill, Republican lawmakers say there’s no better time to give Delawareans some needed relief.

The nonpartisan Delaware Economic and Financial Advisory Council, or DEFAC, has twice increased the state’s revenue projections for both fiscal years 2022 and 2023 since the 2022 fiscal year began.

The council now says the state will collect around $820 million more than previously expected.

While tax cuts and rebates can’t be directly funded by the American Rescue Plan Act, Republicans say the state’s rosy economic forecast means there is room for adjustment elsewhere.

“After the bills are paid, and appropriate reserves are set aside, I believe government has a duty to return money to the people from whom it was taken,” Collins said. “That was an obligation the legislature failed to honor last year.”

House Bill 191, sponsored by Collins, would make a 10% across-the-board cut to the state’s personal income tax rates, reduce the corporate income tax by nearly 30% and slash the gross receipts tax by 50%.

A gross receipts tax is a tax applied to a company’s gross sales without deductions for a firm’s business expenses, like costs of goods sold and compensation.

The gross receipts tax is paid on both business-to-business transactions and final consumer purchases, leading some to refer to it as Delaware’s “hidden sales tax.”

Collins said in an interview with Delaware/Town Square LIVE News that by reducing that burden, “prices should go down immediately.”

“If you go back to 2007 forward, we have increased income taxes, gross receipt taxes, the realty transfer tax, liquor tax and cigarette tax,” he said. “It’s just been a whole great list of tax increases and we have never given a dime of it back, so I just thought with all this money coming in, we ought to share some of that with our citizens.”

According to the bill’s fiscal impact statement, the proposal would allow taxpayers to collectively retain more than $282 million in the upcoming fiscal year and more than $321 million the following year.

“This is an economic development bill,” Collins said. “In recent years, Delaware has had one of the worst economic growth rates in the nation.”

Allowing people and businesses to keep more of their own money, Collins said, will “jumpstart investment, increase employment and raise starting wages.”

Collins said he expects Democrats to characterize his proposal to cut corporate taxes as an attempt to benefit the super-wealthy at the expense of the poor.

“Where do people get their jobs from,” he asked. “Unless it’s from the government — now in Delaware, the government is the largest employer. But if you work for an employer that’s not the government, their costs are going up and up and they need relief too.”

He said people often incorrectly associate the word “corporate” with the wealthy, when in reality most corporations are small businesses just trying to make ends meet.

The real estate transfer tax is paid at the time of a property’s purchase and is currently set at 4% of the purchase price. Typically, the buyer and seller split the tax and pay 2% each. Of the total, the state collects 62.5% and the municipality or, in unincorporated areas, the county, gets to keep the remainder.

Yearick’s bill would only eliminate the 62.5% of the tax that ordinarily goes to the state.

Buyers of homes that cost $250,000 or less would not pay the state portion of the real estate transfer tax so long as they earn a gross income of less than $45,000 for individuals or $75,000 in combined income for joint purchasers.

In an interview with Delaware/Town Square LIVE News, Yearick said he included the sunset clause to try and attract support from Democratic legislators.

That’s worked with at least one member, Rep. Paul Baumbach, a Democrat from Newark. Ten Republicans have also signed on as sponsors and cosponsors.

Yearick said the bill is meant to benefit first-time homebuyers.

“It’s really looking at first-time homebuyers — their first home, not a million-dollar house at the beach, with all due respect,” he said. “But this is especially important with the rising cost of homes. Since 2020, the average sale price for homes went up 15 to 20% whether it was new or used.”

According to a fiscal note completed by the Controller General’s office, the bill would return $1.6 million to beneficiaries annually.

The tax was previously set at 3% of a property’s purchase price, but in 2017 was effectively raised to 4%.

If implemented in fiscal year 2024, House Bill 71 is projected to collectively save homebuyers $83 million.

The bill cleared the House Revenue & Finance Committee last June and is now pending the consideration of the House Appropriations Committee.

House Bill 71 has not attracted any Democratic co-sponsors.

House Bill 108, also sponsored by Ramone, would restore the senior real property tax credit to a maximum of $500.

The legislature cut the credit to $400 in 2017 when the state faced a budget deficit.

According to a fiscal note completed last year, the bill would return more than $4.2 million annually to qualifying seniors.

The measure has bipartisan support and has been pending action by the House Administration Committee for nearly a year.

Ramone said in a statement that he’s been fighting for both initiatives for years.

“Given the state’s extraordinary revenue forecasts, there should be no reason to delay implementation of either proposal.”

The bill seeks to create a $500 tax credit for low-income Delawareans.

A $110 personal tax credit that is currently available to certain low-income Delawareans would be increased to $500.

Under the proposal, if the value of the credit exceeds an individual’s tax bill, they would receive the remaining value in the form of a tax refund.

According to the fiscal impact statement, Delawareans would collectively be able to keep $77 million of their income each year.

No Democrats have signed on to co-sponsor the bill.

Yearick said his bill is looking to support the working poor.

“They’ve been hit especially hard with rapid inflation,” he said. “Everything, from their purchase at the grocery store to putting gas in the car, to them trying to heat their home and put clothes on their back — it’s all gotten more expensive.”

The bill was modeled after Democratic-led federal bills like the American Rescue Plan Act and expanded child tax credit — with one key difference.

“It’s to encourage work,” Yearick said. “We all know we have individuals that dropped out of the workforce. This would be an incentive to encourage them to come back to work that would actually put more fully-refunded money back into their wallets, whether they adjust their holdings during the year or when they file their taxes.”

“But you have to work,” he continued. “You have to earn it. It’s not based on transfer payments or social security or unemployment compensation. It’s based on W-2s.”

This would address a problem referred to in the bill as “bracket creep,” in which employers give employees cost-of-living pay increases that force employees into new tax brackets, effectively negating the impact of the pay increase.

He said that if the United States continues to experience inflation at its current rate, wages and cost-of-living expenses would likely keep pace, but the tax brackets would remain the same.

“If you’re a Delaware citizen and your wages go up with inflation, you wouldn’t be able to buy one extra thing with it because everything would cost more,” Collins said. “Yet you’ll be in a higher tax bracket — so this state would be collecting a higher percentage of your income and you’re getting nothing for it whatsoever.”

Republicans said in a press release that House Bills 191, 172, 158 and 108 have been “improperly held in committee without a hearing for much longer than the 12 legislative days allowed under House Rules.”

House Bill 71 is expected to pass that 12-day threshold before the General Assembly recesses for budget hearings at the end of January.

Attempts to reach House Democrats for comment were unsuccessful.

Collins believes citizens would be better off deciding how to best use their own money.

“I would prefer that our citizens have their money,” he said. “And I can promise you that if I were in charge, their budget would be my top-line concern.”

Yearick believes Democrats are going to say they can’t offer tax cuts and rebates because they’re fearful about uncertain revenues in the future.

“But you can go back and look at all the one-time money that’s been spent,” Yearick said. “The enhanced bond bill last year, the budget has grown by 4% a year — and how much tax relief is given back to Delawareans? I’ll tell you: zero. Lord knows we have the money to do it.”