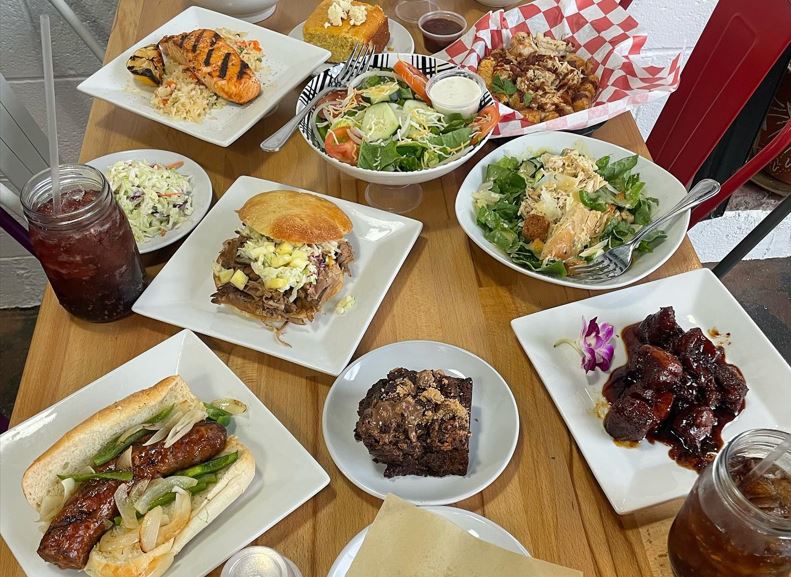 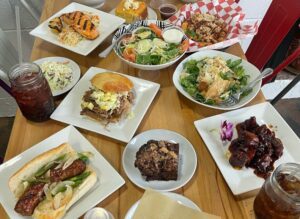 John Berl doesn’t like to sit still, and his average walking pace would make some breathless.

A few weeks after the long-awaited Uncle John’s BBQ Stand finally opened, he was zipping from the dining room through the open kitchen to the area holding the giant smoker — and back again.

The restaurant at 2509 Philadelphia Pike in Claymont debuted Nov 15, but the site was a destination long before that. While construction was underway, Berl and his team operated out of Uncle John’s BBQ food truck in the lot.

The new commercial kitchen allows the chef to centralize food truck and catering operations while serving customers in the slender dining room.

And he’s proving that good things come in small packages.

The Claymont native grew up cooking with his Polish grandmother, who loved entertaining family in her North Graylyn Crest home. His parents divorced when he was 9, and visits to his father included barbecuing on the grill.

Along with a love for food, he developed a work ethic at a young age. A high school co-op program gave him time to work at Domino’s Pizza shop.

After graduation, he started a landscaping and construction business and worked in a pizza and sub shop on the side.

“My friends all worked at the pizza joint, so why not get paid and hang out with my friends at the same time?” he said.

The gregarious Berl earned the nickname “Hollywood” because he chatted up the customers as he made their sandwiches.

The name was apt in other respects. Berl was a star grill master, and hosts were only too happy to let him command the flames at parties.

Berl continued juggling two jobs, one of which was usually in the restaurant industry. Once he started roasting pigs, friends began paying him to do small catering jobs.

“Once we stuffed a pig with a deer and a chicken,” he recalled. “It was crazy stuff. I was having so much fun doing it, and I was getting paid.”

A job as a foreman for an industrial solutions company was not as much fun. It required hours of travel as well as backbreaking work.

In 2012, he quit and put his savings toward a food truck. Uncle John’s BBQ was born. 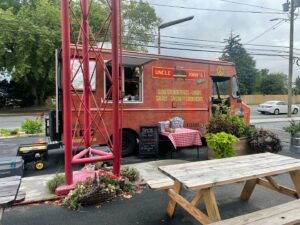 Uncle John’s BBQ started as a side business, but grew into a fleet of trucks and now a brick-and-mortar site.

The mother of invention

Berl put his “can-do” attitude toward the project, which led to another business, Custom Concessions, which specializes in outfitting trucks for food service.

Berl was ahead of the curve. Between 2012 and 2018, Delaware’s food truck scene was just revving up.

“I took a leap of faith,” Berl acknowledged. “There were only a handful of people around doing it. People seemed to enjoy it, and I enjoyed it too.”

Other operators hit the road, and his company built many of their trucks.

Eager entrepreneurs liked the idea of taking their cuisine for a test drive without paying rent. Restaurants, meanwhile, bought trucks for catering gigs.

As Uncle John’s BBQ grew, so did the need for a commercial kitchen that could handle the demand for food prep and storage.

Berl needed his own space, and it just so happened that there was a 1,521-square-foot building steps from his house.

Like any Claymont resident, he was well acquainted with the structure.

Built in 1958, the landmark had been Skat Oil Station and Ron’s Discount Tire but had stood empty for years.

A place to call home

During the coronavirus pandemic in 2020, food truck sales soared.

“It was our record year,” Berl said.

With a food truck, customers didn’t worry about social distancing and indoor dining.

While renovations on the gas station were underway, Berl parked his food trucks in the parking lot, and bands played under the triangular canopy for customers eating at picnic tables. Landscaping and lights zhuzh upped the scene.

Now customers can dine inside in a small space that makes a big statement.

One wall is covered in a black and white mural reminiscent of Keith Harding, and brightly colored metal chairs are pops of farmhouse chic against shiplap counters.

In addition, there is exposed ductwork over the open kitchen, and a beamed ceiling defines the eating area.

Remnants of the gas station include a floor that slopes from a waiting area to the main dining room and garage doors that roll up in summer.

As for the menu, which is scrawled across a chalkboard, core offerings include the expected: brisket, pulled chicken, pulled pork, cheeseburgers, hot dogs, wraps and salads.

RELATED STORY: Shrimp is on the menu at Uncle John’s

But there is more.

Uncle John’s serves breakfast on the weekends, and daily specials might include grilled or fried shrimp, fried chicken, pork loin with broccoli rabe and Cooper sharp cheese, fried catfish and a brisket tostado.

The latter is part of an increase in the south-of-the-border options inspired by Berl’s Latino chef. In the future, don’t be surprised to see a truck that merges barbecue and Mexican food, said Berl, who’s seen similar eateries in Texas.

The restaurant also sells Big Sky Bread — something many have been unable to find since the bakery switched to wholesale — and Little Goat Coffee from the Newark roastery.

Berl is devoted to quality, he said, explaining the boutique shops’ wares.

“I go with the freshest available ingredients, and I make my menu off that,” he explained. “If it’s not fish right off the dock, meat from the butcher, or the freshest bread, I don’t want to give it to people.

“You’re coming in and spending your good money with my company. I want to give you the best food possible.”