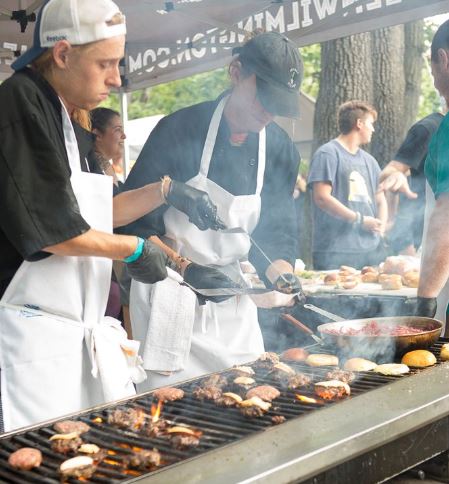 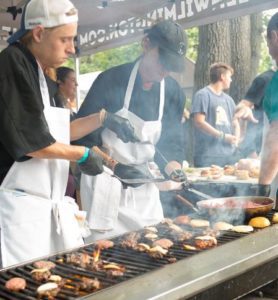 Ten entries will vie for the burger trophy, with three others going for the alternative burger title.

A fundraiser for the Food Bank of Delaware and the Delaware ProStart Program, the battle will start at noon at Rockford Park, 2000 Lookout Drive, Wilmington.

“After experiencing our first ‘sold out’ Battle in 2019, the pandemic hiatus broke my heart, especially as our charitable purposes—alleviating food insecurity and supporting culinary careers—became ever more important,” said Burger Battle founder JulieAnne Cross. “Based on the response so far to the 2022 Battle, I’m not the only one overjoyed by its return.”

This year’s post-plague event has been capped at 600 tickets to guarantee room to spread out and to make sure restaurants already dealing with labor shortages aren’t charred in the effort.

Guests wander the competition, sampling burgers and alternative sandwiches, which this year will include two plant-based offerings and a poultry offering. The sandwiches are judged by a trio of foodies. Guests vote on a People’s Choice Award.

The samples are usually one-quarter of a full-sized burger, Cross said.

That means that a guest who sampled all of them would walk out with the equivalent of three and one-half burgers sloshing around in the tummy — and maybe more, if they go back for seconds.

Some guests use a buddy system: They split up to get samples and then share each one, Cross said. 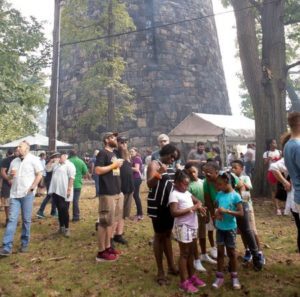 Foodies, families and friends showed up for each of the first eight Delaware Burger Battles.

The $54 adult tickets also include beer and wine.  Tickets for designated drivers and teens ages 13-20 are $32, and children ages 5-12 are $13 and all include soda. Children under 5 are free.

Only 50 tickets were left on Friday afternoon and Cross expects a sell-out by Monday.t

Cross started the year unsure whether she would be able to mount the event this year because of serious health issues. With those behind her, she decided in June to try for it, partly because so many people were asking if she would do it.

As always, dozens of friends stepped in to volunteer that day, although Cross is still seeking people to volunteer for the clean-up crew.

The restaurants provide all their own food, particularly generous in today’s inflationary times. 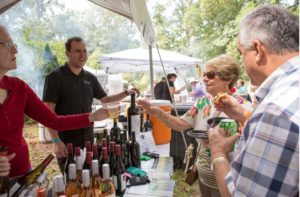 Profit recipient Food Bank of Delaware is the state’s largest provider of food to the needy, serving all three counties. Since the start of the pandemic in March 2020, the Food Bank and its statewide partners have distributed more than 37 million pounds of food to Delawareans in need.

The Burger Battle will designate 10% of profits for those smaller food closets.