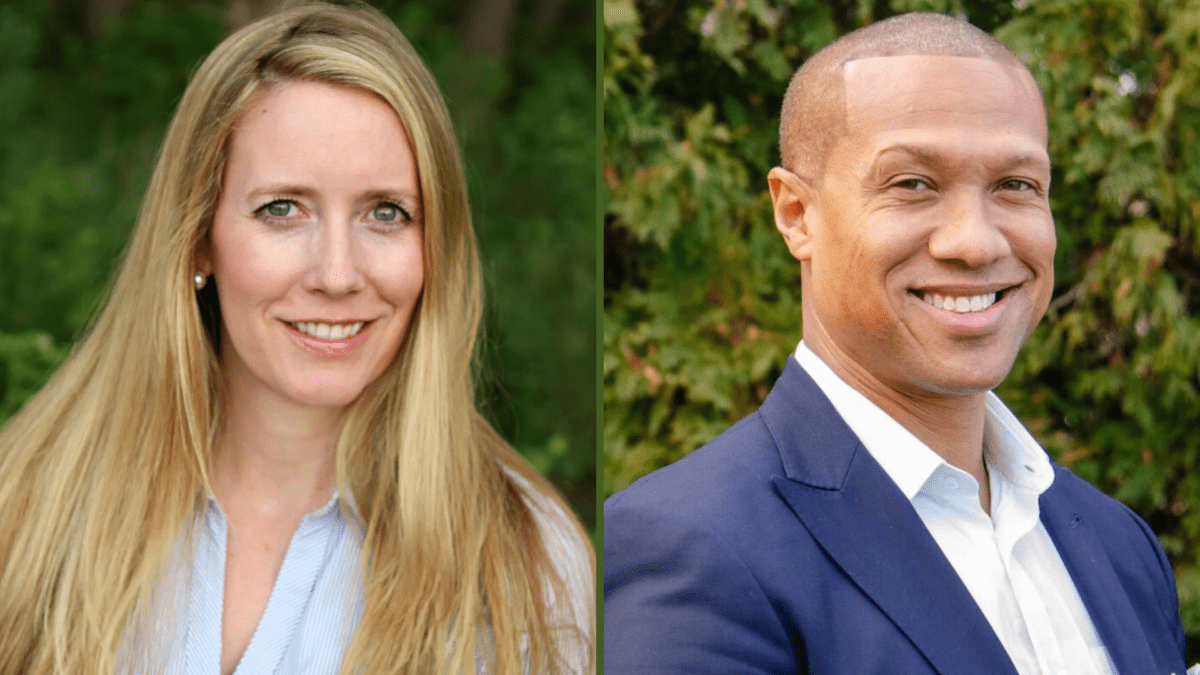 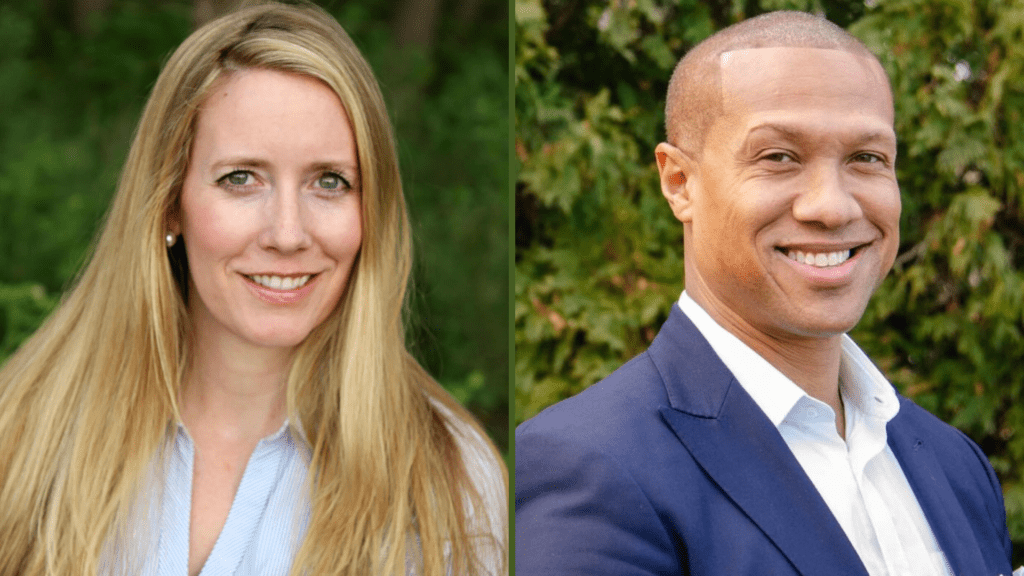 The incumbent is a former physician assistant whose office has increased state investment revenues and pushed retirement plans for those in low-wage jobs.

The challenger is a financial planner who teaches at Delaware State University and advises members of the Delaware National Guard on wealth management.

Neither thinks the other is a good fit for the job of Delaware state treasurer.

But Coverdale told Delaware LIVE News that his career in finance makes him uniquely qualified to serve as state treasurer. He believes Davis is unqualified and said he’s confident voters will see things the same way.

Davis said when deciding whether she’s qualified to serve, voters need look no further than her office’s successes during her first term.

While Coverdale faces an uphill battle, the election of a Republican to the state treasurer’s office is not unprecedented.

Davis’s predecessor, Ken Simpler, whom she defeated in the 2018 election, is a Republican who was elected in 2014 with 53.6% of the vote.

Why seek a second term, Davis? 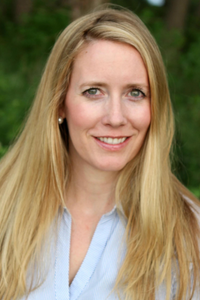 Throughout her first term, Davis said she has focused on three main priorities: bolstering retirement security and readiness, creating pathways to economic empowerment, and promoting a culture of financial excellence.

One way she’s done that, she said, is by advocating for and working to implement the Delaware EARNS Program.

Delaware EARNS is a program designed to provide workers and employers with access to low-cost retirement savings plans. The program is catered to middle and low-income workers who lack access to employer-sponsored plans, as well as small businesses that are unable to provide such a benefit.

“We’re in the midst of putting together a really strong board to ensure that we implement the Delaware EARNS platform well, and there’s a lot of work yet to be done,” Davis said.

Why run for treasurer, Coverdale? 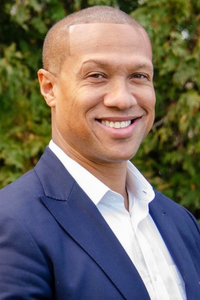 Coverdale said serving the Delaware National Guard as its financial counselor has been an eye-opening experience.

“I’ve really enjoyed serving and having the opportunity to use my financial background to help people,” Coverdale said. “There’s almost one million Delawareans and I want to share that with all of them — there’s a need right now for someone with experience.”

Coverdale, who pointed out that he worked on Wall Street early in his career, said running to be treasurer is his “calling,” and it’s his way of giving back to the community that raised him.

As an adjunct professor at Delaware State University, Coverdale said he teaches young people about personal finance. This semester, he said, he’s teaching a course on commercial bank management.

“So my entire 25-year career has been spent serving folks and helping them invest their money and create plans — not only individuals, but businesses and non-profit organizations, too.”

Coverdale said Davis is not qualified to serve as state treasurer.

“Right now, we have a physician assistant in office,” Coverdale said. “This is someone who just walked out of Christiana Hospital from delivering vaccines and working on sprained ankles, who showed up and said, ‘Hey, I’m going to provide input on managing a multibillion-dollar portfolio.”

Coverdale said that’s akin to him waltzing into an operating room, “putting on scrubs and starting to operate on people.”

“That’s not only embarrassing, it’s scary,” Coverdale said, “because we’re in a rough financial time — a recession — and we need someone who’s qualified to lead us out of it.”

Davis said Coverdale’s “field of study” is retirement planning, and that’s just a small portion of the treasurer’s job.

“Our banking infrastructure is another large portion of the work I do,” Davis said. “Ensuring that our funds are reconciled appropriately … our debt portfolio, issuing bonds — these are all sort of a bit above what (Coverdale) is describing having done for the last 20 years.”

“While we’ve just finished that, we actually have a number of internal continued processes that sort of require a continued overhaul of the way in which we bank and offer transacting at the state level,” the incumbent said.

Another priority, Davis said, is ensuring that Delaware maintains its AAA bond rating, which indicates that the state has a high degree of creditworthiness.

“That means that our citizens get the lowest rates possible for all of our infrastructure investments, which include expansions of our schools, ensuring that we have safe roadways and waterways and that we’re prepared for some of the storms we face,” Davis said.

She added that she played a key role in the delivery of American Rescue Plan Act funds to local municipalities and projects throughout the state.

“That was a really rewarding and unexpected part of my job that I’d like to continue to pursue,” Davis said.

Coverdale said his number-one priority is alleviating the $10 billion unfunded liability which necessitated the state’s plan to shift pensioners from regular Medicare to a cheaper, specially-tailored Medicare Advantage plan.

Following protests by state retirees and a court order, that plan won’t take effect for at least another year.

“My opponent was in office for almost four years and sat on her hands,” Coverdale said. “She didn’t provide any leadership as it relates to putting a plan together to add additional revenue or figure out ways to cut spending and put it towards the medical plan. I intend to do that.”

If elected, Coverdale said he’d talk with all 62 members of the General Assembly, the governor, and the state’s top fiscal leaders to “put a plan together to fix this whole Medicare problem that we’re in.”

He also wants to organize a team to analyze the state’s revenue sources and determine ways to diversify, he said.

“Right now, we rely heavily on personal income tax and corporate franchise fees — that makes up 60% of our revenue,” Coverdale said. “So if we lose a bank or if we lose a casino, we’re in deep trouble. So we need to analyze that and make sure that we have a strong diverse portfolio of high-quality revenues.”

During a recent meeting of the Delaware Economic and Financial Advisory Council, revenue officials said they expected announcements that the state is either on the brink of a recession or that it’s already in one.

At the same time, officials announced a projected budget surplus of $667.1 million for the next fiscal year.

In response, Davis said there are “a couple of things that are within my purview when it comes to preparing for some of the inflationary challenges that we face.”

The first thing one should look to, she said, is the state’s short-term and long-term investments.

She said it’s imperative that the state continues investing in its “Rainy Day” and Budget Stabilization funds.

The state is required to allocate 2% of its annual revenues to the Rainy Day Fund for use in times of crisis. The Budget Stabilization Fund — created by Gov. John Carney by executive order — exists to alleviate pressure during rough fiscal years by saving during good years, above what’s put into the Rainy Day Fund. The state used it the year the COVID-19 pandemic hit.

“The budget stabilization fund has really been a game-changer for the state because it means that we’re not overextending ourselves year after year,” Davis said.

The fund has been the subject of criticism by lawmakers who say the money would be better used elsewhere.

Coverdale said Davis refuses to recognize that the state of Delaware is in a recession because, he said, she doesn’t know what a recession is.

“What I teach to my students at Delaware State University is that two negative quarters of gross domestic product is a recession,” Coverdale said. “We are in a recession — there’s no disputing that — but a lot of folks want to toy with the definition of a recession.”

If elected, Coverdale said his response would be to enhance the state’s portfolio of diverse, high-quality revenue streams and advocate in the legislature for better management of the state’s finances.

“My opponent does not have the leadership to explain these types of things to the folks that are making the decisions in Dover,” Coverdale said. “When I’m in office, I’ll sit down with them and they’ll listen to my financial guidance because I have the background, I have the experience and I have the education.”

Should treasurer be an elected, partisan position?

Coverdale believes the state treasurer position should be appointed, not elected.

By turning the office into a “popularity contest,” Delawareans can easily find themselves with an unqualified person behind the wheel, he said.

“And if it is an elected position, there should be qualifications and parameters around who can run for treasurer,” Coverdale said. “We need someone in there who’s unaffiliated, who’s not a politician, who’s a finance and business person, to look at our finances objectively. Right now, we don’t have that.”

RELATED: How to vote in Delaware’s Nov. 8 general election

Asked whether the treasurer should be elected or appointed, Davis said she believes in (small-d) democratic values.

That’s relevant, Davis said, because if the state treasurer is someone who only has their eye on returns on investment and not on the people impacted by policy decisions, “we could be in a really dangerous place.”

“So I think it’s extremely important that we have an elected official who brings values with them and who has made a declarative statement on those values,” Davis said.

Davis said she’s hopeful that voters will come out in support of her re-election, but she wouldn’t say she’s confident.

“I don’t think you can ever take anything for granted,” Davis said.

Coverdale said Delawareans are smart, they’re fair, and they make good decisions. Those traits are ones he thinks will serve him well at the ballot box, he said.

“I’m confident that Delawareans will do their homework and will pick the most qualified person for the job.”