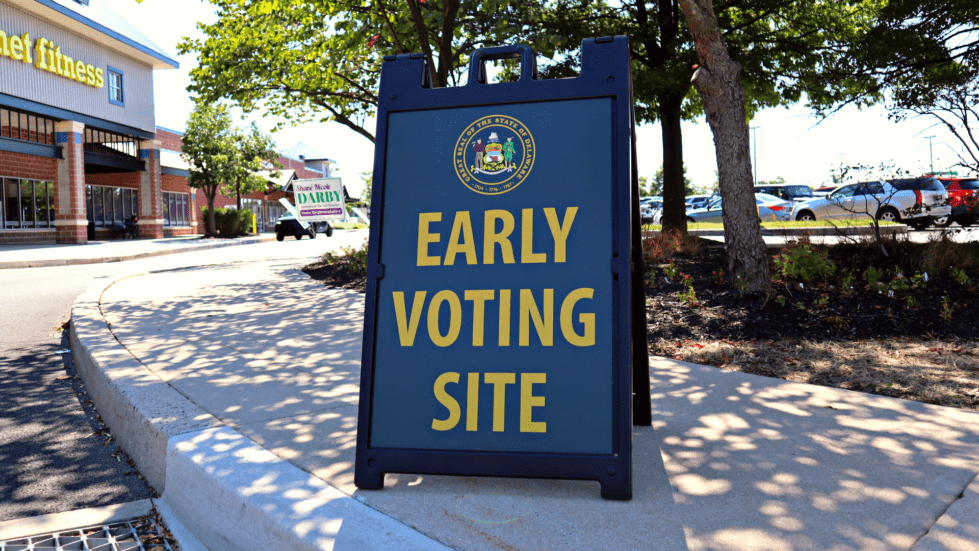 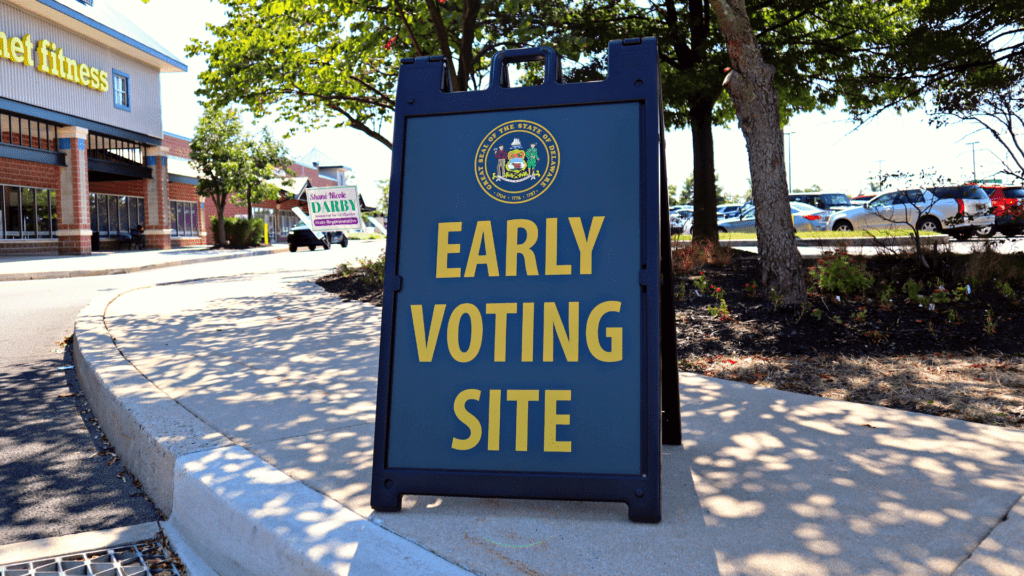 One poll worker at the Wilmington Riverfront polling place said there had been lines out the door since voting began Friday, including one celebrity voter: U.S. President Joe Biden, who voted Saturday alongside his granddaughter Natalie.

Meyer, who voted early during the primary election as well, said he’s excited to see more people taking advantage of the voting method during the general election.

“I think it’s fantastic,” he said. “I think voting needs to be widely accessible and we should encourage more people to vote.” 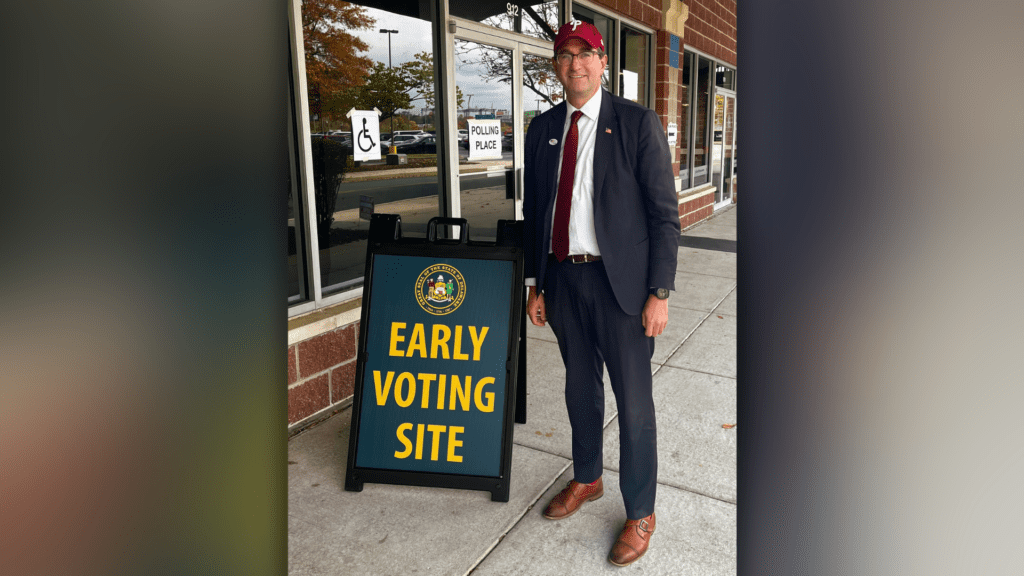 Meyer said he believes strongly in same-day voter registration and mail-in voting, both of which were ruled unconstitutional by the Delaware Supreme Court earlier this month.

Early voter Dennis Vorheis, who voted by mail in 2020, said his employer offers time off to vote on election day but he decided to vote early anyway.

“The combination of wanting to avoid the lines next Tuesday and being off work today gave me the freedom and the flexibility to vote early,” Vorheis said. “Could I have voted on election day? Yes. Is it more convenient for me to vote early? Yes.”

The 2022 primary election was the first statewide election to allow early voting. The state allowed early voting once before during a special election in March.

House Bill 38, which authorized the method, was signed by the governor in 2019 but did not take effect until Jan. 1, 2022. The bipartisan bill passed 34 to 6 in the House of Representatives and 16 to 5 in the Senate.

Under the new law, voters may cast their ballot at any early voting site in their county at least 10 days prior to primary, general and special elections. Early voting is available up to and including the Sunday before Election Day.

Inside the polling place, voters are able to cast their ballot using regular voting machines.

As of 12 p.m. Monday, 12,469 voters had taken advantage of early voting, with most of them being from Sussex County.

How to vote early

If you are unable to vote on election day, you may vote early, in person, at the following locations. You may go to any early voting location in the county in which you reside.

Hours of operation are listed below the early voting sites.