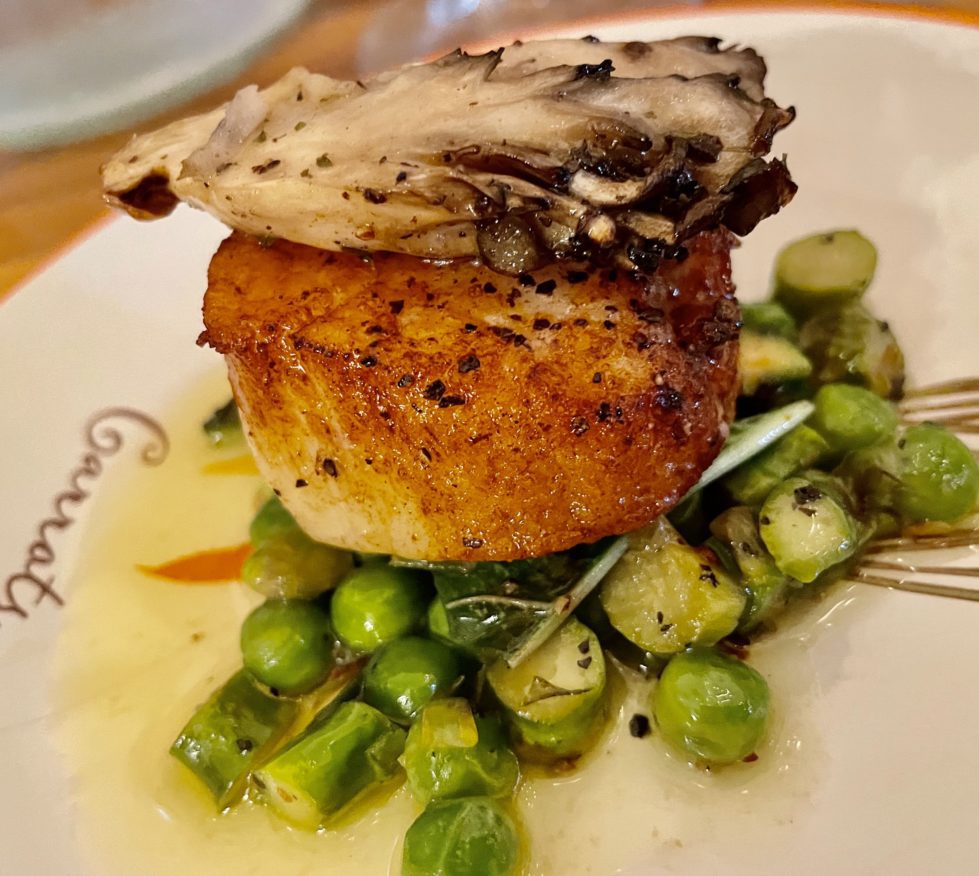 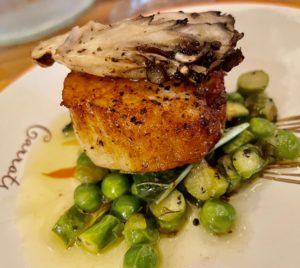 A second course in a recent Ciro’s tasting menu was a perfectly bronzed scallop atop a nest of diced asparagus and peas, topped with a maitake mushroom.

In Delaware, status is bestowed to those with low-digit license plates, an address in the 19807 zip code and beachfront property.

But in culinary circles, you can display your cultural or financial wealth by posting your tasting menu on Facebook.

However, a tasting menu need not be eyewateringly pricy.

For example, at Ciro Food & Drink on the Wilmington Riverfront, you can choose from four courses ($50) to eight ($99).

A tasting menu allows chefs like Ciro’s Michael DiBianca to get creative; the included dishes are rarely on the regular menu.

But there’s another reason why he likes them, despite the extra effort involved.

“It’s about being able to offer the best and freshest ingredients,” said DiBianca, who previously owned the acclaimed Moro in Trolley Square. “I spend most of my time early in the week sourcing produce. Then I make Venu drive and get it — wherever it might be.”

On the same page

Venu is DiBianca’s partner, Venu Gaddamidi, who is only too happy to cruise to Camden-Wyoming to pick up fresh strawberries and asparagus from Fifer Orchards. He’s also on hand to accept deliveries from Coverdale Farm.

“One of the key features of our menu is our fresh Delaware produce and staying true to people’s dietary requirements,” explained Gaddamidi, who opened the adjoining Veritas Wine & Spirits in 2009. “From now until October, the only vegetables on the tasting menu are from local farms.”

The partners met while sitting at a bar in Trolley Square. DiBianca had just finished service at Moro and was still wearing his white coat. Gaddamidi was familiar with the chef’s work.

“Moro was one of the only places I liked to eat,” said the former Philadelphia resident, who’d worked in New York and Washington, D.C.

In 2012, Gaddamidi added a bar to his shop, and two years later, he was cooking Indian cuisine for lunch.

After selling Moro, DiBianca took a break, and when he was ready to fire up the stove again, he and Gaddamidi paired up to open Ciro in 2019, which they hoped would fulfill a need for adventurous cuisine.

They also opened Ciro Forty Acres, a breakfast and lunch spot in the Trolley Square area. 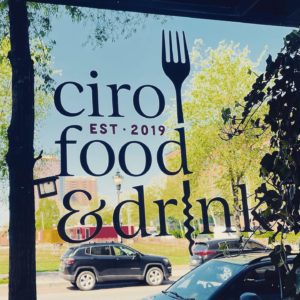 Ciro is located on the Wilmington Riverfront, across from Constitution Yards.

Ciro Food & Drink quickly carved out a niche. For one, there are just 26 seats, and many home kitchens are larger than the chefs’ working space. But the intimacy makes diners feel they’ve stumbled on a hidden jewel.

The menu only underscores that sentiment. Admittedly, showcasing local ingredients is not a new selling point, but Ciro’s team invests time in the mission. Gaddamidi has even ridden his road bike to pick up produce.

And then there’s the tasting menu, which is not easy to find in this area. The partners wanted options for every budget. The ultimate experience, the Chef’s Menu, is eight courses for $99 without wine.”

Between 70 and 90% of the customers opt for the tasting menu, which is an excellent way to go. 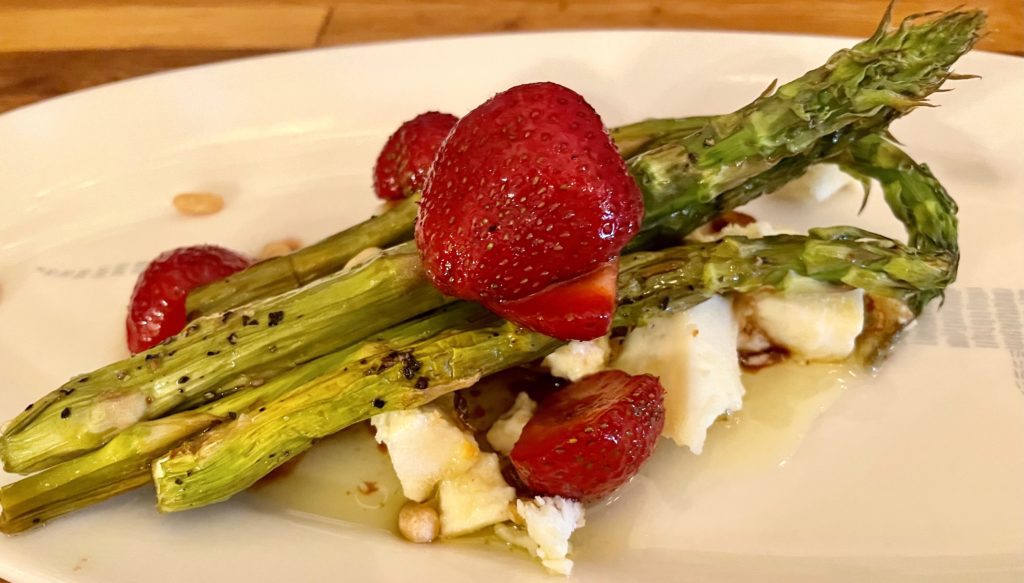 Grilled asparagus stalks with vibrant strawberries and feta was the third item on a recent Ciro’s tasting menu. 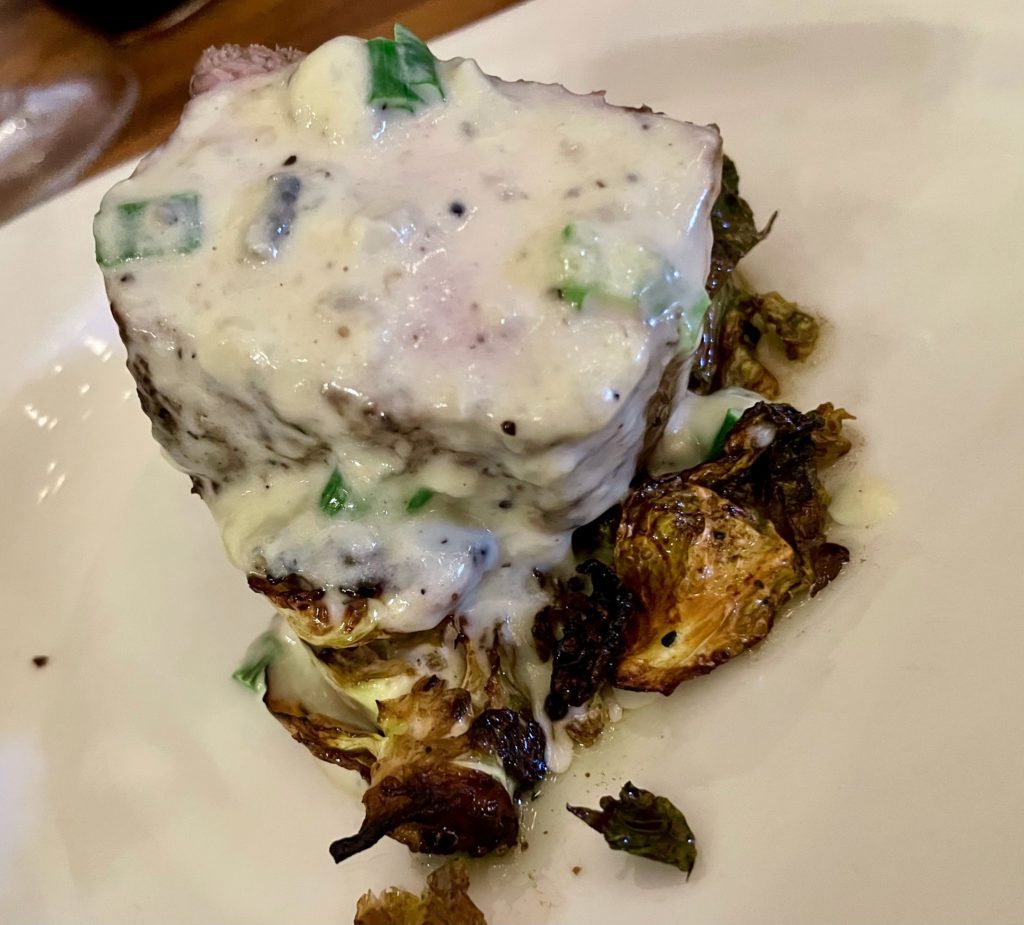 The tasting menu’s meat course was a a tidy stack of beef perched on roasted Brussels sprouts. 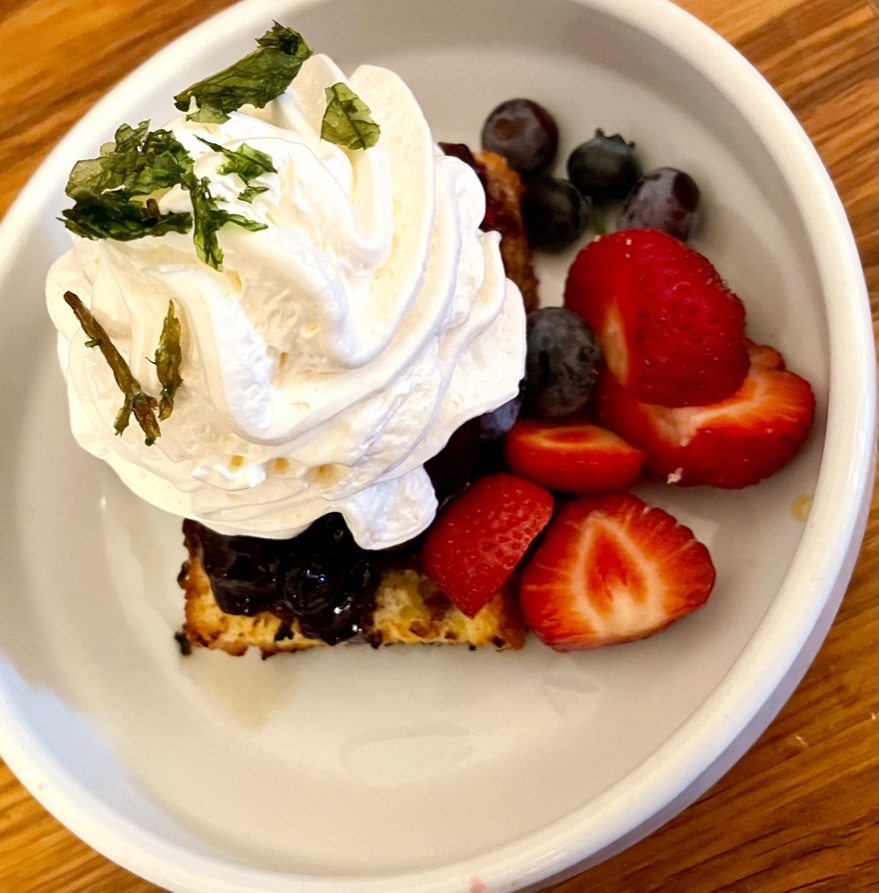 Ideally, everyone at the table agrees to participate. Few want to stare at one plate while dining partners are working on six.

And four courses can cost less than if you ordered an appetizer, entrée and dessert.

The server will then ask for dietary restrictions. These may or may not be allergies. “No organ meal,” one person in our party requested.

The menu follows a progression that generally starts with soup. In our case, it was a small cup of strawberry soup.

Next, a perfectly bronzed scallop atop a nest of diced asparagus and peas, topped with a crown of maitake mushroom.

Grilled asparagus stalks with vibrant strawberries and feta cleansed the palate before the meat course, a tidy stack of beef perched on roasted Brussels sprouts. Strawberry-and-blueberry shortcake followed with a healthy dollop of freshly whipped cream.

There have been customers who then order a cheese-and-meat board. (Warning: They’re large.) But I walked away satisfied.

It is impressive that DiBianca and his team can turn out the tasting menus and deliver the a la carte items during the same dinner service.

But on some evenings, the tasting menu is the sole star.

Returning in the fall, the 21 Spoons event has two seatings, but the regular tasting menu does not require strict reservation times. (Reservations are suggested if you want to dine at Ciro.)

As for Ciro Forty Acres, the partners are still hoping to get a liquor license to serve mimosas at breakfast and wine with dinner.

Until then, Ciro Food & Drink is their dinner destination.