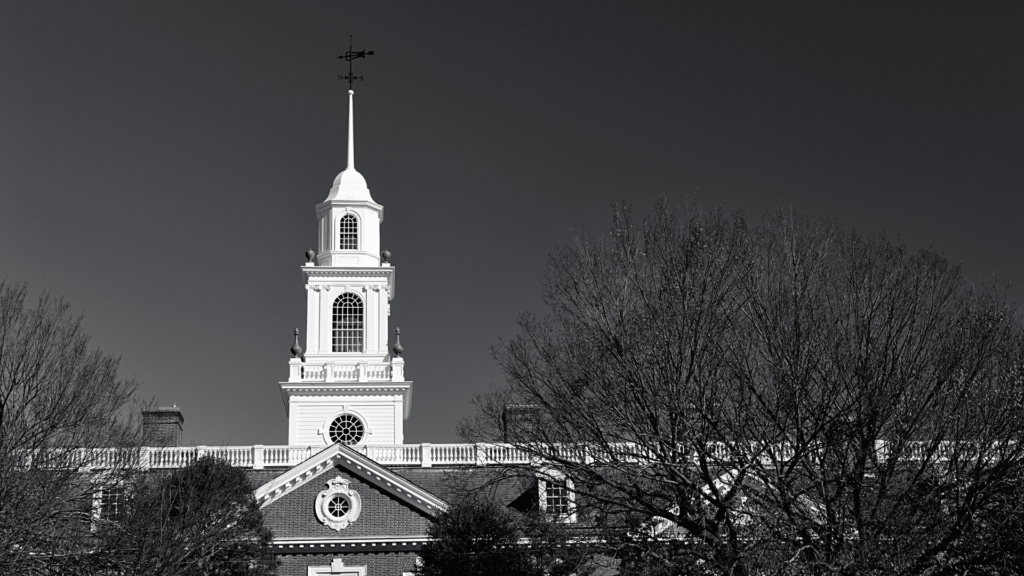 With the year-long campaign to pass paid family and medical leave in the rearview mirror, the General Assembly returns to work Tuesday with two months left to focus on the rest of its progressive agenda.

When the House of Representatives and Senate reconvene, they will be kicking off a two-month stretch to the end of the 151st General Assembly on June 30.

Some of the issues likely to come up before the end of the legislative session include cementing the permanent use of mail-in voting, recreational marijuana legalization, police review boards and changes to the law enforcement officers’ bill of rights. All of those are Democrat-led efforts.

Few Republican bills are in the mix. The most viable may be a bipartisan bill to cut the realty transfer tax.

Two major gun control bills that didn’t reach the finish line in 2021 could be revived this year, too.

House Bill 75, sponsored by Rep. David Bentz, D-Christiana, would have allowed voters to request mail-in ballots without providing an excuse.

The bill, which seeks to amend the Delaware Constitution, failed to receive the required two-thirds majority needed in the House.

Constitutional amendments must be passed separately during two consecutive legislative sessions. HB 75 passed in the House in 2019 with the support of 12 Republicans.

By 2021, the conversation surrounding mail-in ballots had shifted. The Republican party began claiming no-excuse absentee ballots could lead to fraud in elections and there aren’t enough ways to verify voters’ identities.

When the bill came back for its second and final vote in the House, not one Republican voted for the proposal.

A commonly employed rule in the General Assembly allows lawmakers who vote against a bill to reintroduce it later in the legislative session.

Because she switched her vote from ‘yes’ to ‘no’ at the last moment, Rep. Valerie Longhurst, D-Delaware City, could attempt to revive HB 75 before the end of June.

Democrats would need to earn just two Republican votes in order to pass the bill with a two-thirds majority.

A bill to legalize the possession, cultivation and sale of marijuana failed in March.

Not long after, Rep. Ed Osienski, D-Newark, unveiled a new plan to give Delawareans the right to toke.

Instead of one bill to make weed legal and regulate the market, Osienski introduced two bills that will have the exact same effect except lawmakers will have an easier time justifying their votes to their constituents.

HB 371, or Part A, simply legalizes the stuff. There would no longer be any criminal or civil penalties for possession of an ounce of pot or less.

HB 372, Part B, creates the legal framework for it to be grown and sold in Delaware. It sets up a division to regulate the substance, creates a licensing process for businesses in the market, imposes a tax and directs most of the money to social equity initiatives.

The idea is that once Part A passes, there will no longer be much of a reason to oppose Part B. In the eyes of Delaware’s politicians, the argument goes something like this: “If they get to smoke it, it’s only fair that we should get to tax it.”

Both bills have been released from committees in the House.

Part A will get a repeat hearing in the House Health & Human Development Committee because Democratic legislators there chose to skip right over the public comment portion of its hearing and then had to backtrack after Republicans protested.

Part B has to go through an Appropriations Committee hearing before advancing to the House floor.

If Osienski’s new strategy is successful, the bills could pass in the Democratic-controlled House and Senate without a single Republican vote.

Osienski has said he thinks anti-pot Gov. John Carney will do a pocket pass of the bills, wherein he neither signs or vetos them and lets them become law after 10 days of inaction.

That would be a win-win for Carney. By not signing it, he’d be absolved of any moral reservations and still be the guy who didn’t get in the way.

Lockman’s Senate Substitute 1 for Senate Bill 149 would allow members of the public and media access to police misconduct records that are currently kept secret under the state’s Law Enforcement Officers’ Bill of Rights.

Police records would also be able to be used in court proceedings and police agencies would be barred from destroying or discarding those records.

Complaints against officers, including their names and details of any disciplinary actions, would be made available to the public.

The proposed law was introduced as part of the Delaware Legislative Black Caucus’s Justice for All agenda, which was introduced in the wake of the May 2020 murder of George Floyd in Minneapolis and subsequent nationwide unrest.

A months-long Law Enforcement Task Force that met during the General Assembly formulated a list of policy and other recommendations, many of which have earned support from police groups.

Civilian review boards and changes in the Law Enforcement Officer Bill of Rights have not.

The original version of that bill was released from the Senate Judiciary Committee, though it never advanced to the Senate floor. A substitute bill was introduced in March.

Two bills aimed at requiring a permit to purchase firearms and banning large-capacity magazines could be finalized before June 30.

SB 6 — the bill banning magazines that carry more than 17 rounds of ammunition — passed in the Senate in June, but when it arrived in the House, an amendment was introduced. The bill passed as amended and returned to the Senate, where it has yet to be considered.

Senate Substitute 1 for SB 3, which requires Delawareans to get a permit to purchase a handgun, passed in the Senate and was sent to the House, where it was released from the Judiciary Committee.

It faces one more hearing by the Appropriations Committee, and if released, will be voted on by the full House.

Two bills set to be filed in the General Assembly would create an inspector general office in Delaware.

The office would be tasked with investigating claims of waste, fraud, abuse and corruption within state government.

One bill comes from a Republican, Rep. Mike Smith, R-Pike Creek, and the other comes from a Democrat, Rep. John Kowalko, D-Newark.

Neither Smith nor Kowalko has discussed the possibility of combining efforts, but both indicated they’d be willing to work with each other.

Democrats and Republicans kumbaya-d over a proposal to fill every Delaware taxpayer’s gas tank four times in the form of a $300 check. Those should begin appearing in mailboxes sometime in the next month.

Many Republicans are saying that’s not enough. Instead of giving a one-time rebate and calling it a day, they want permanent tax relief.

One bipartisan bill would cut the realty transfer tax from 4% to 3%. That bill was assigned to the House Administration Committee at the end of March where it has yet to receive a hearing.

Democrats have made one other effort to cut taxes, not on people, but on premium cigars. The House Revenue and Finance Committee in early April released a bill to reduce the tax on cigars from 30% to 15%. That bill has already passed in the Senate and now awaits a vote in the House.