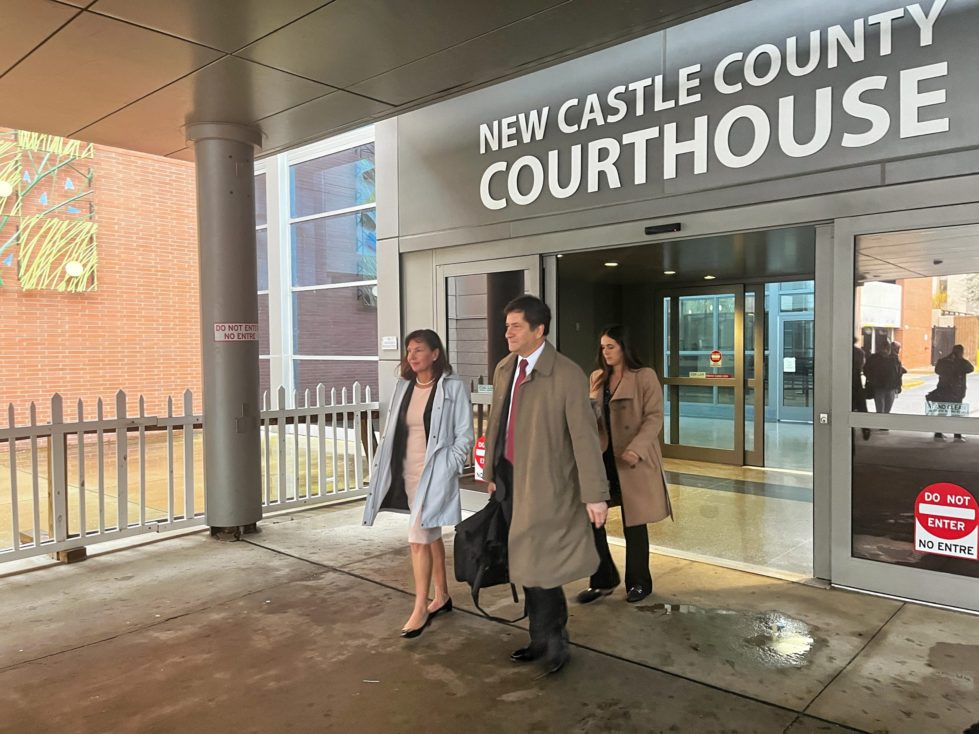 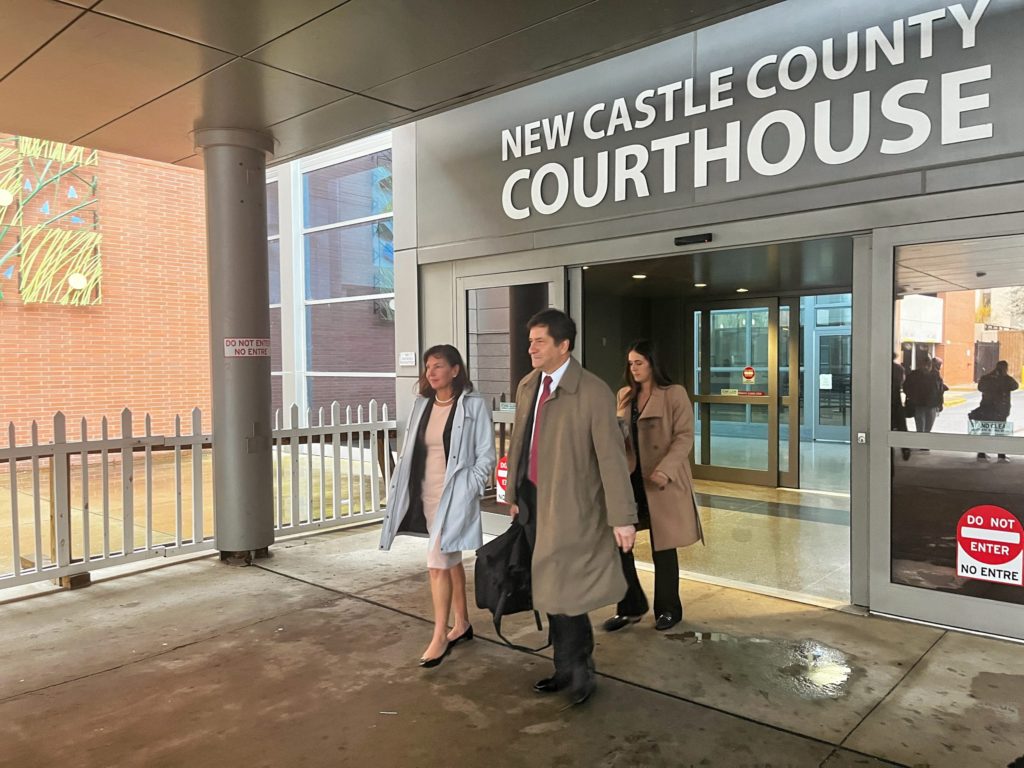 Delaware Auditor of Accounts Kathleen McGuiness walks out of the Leonard L. Williams Justice Center in Wilmington alongside her attorney, Steve Wood, after a pre-trial hearing on April 7, 2022.

McGuiness has again been charged with two felonies and three misdemeanors:

McGuiness was originally indicted by a New Castle County grand jury in Oct. 2021.

In March 2022, her indictment was updated with new allegations that she threatened employees and potential whistleblowers while creating a hostile work environment.

On Tuesday, McGuiness’s attorney, Steve Wood, claimed the state indicted her in the wrong county.

“Venue” is the proper or most convenient location for a trial. Rule 18 of the Superior Court says that in most cases, a prosecution must be held in the county where a crime is alleged to have been committed.

Wood argued that because McGuiness’s office is in Dover, which is in Kent County, the indictment should have been brought forth by a grand jury there — not by a New Castle County grand jury.

Superior Court Judge William Carpenter said he would allow the trial to proceed in New Castle County but warned prosecutors that they would have to prove that as the proper venue for the trial.

If, after presenting the evidence, prosecutors failed to prove that New Castle County was the proper venue, they’d risk the case being thrown out.

Ultimately, prosecutors decided to withdraw their indictment and ask a grand jury to reindict her in Kent County, which they did Monday.

Wood indicated in court last week that he plans to file a motion to dismiss the case alleging unnecessary delay, pursuant to Delaware Superior Court Rule 48(b).

Prosecutor Mark Denney “believes this case can begin as soon as Tuesday in Kent County,” he said in a letter to Carpenter last week.

In a statement Wednesday, Carpenter didn’t comment on the possibility of beginning the trial Tuesday, instead saying he “will confer with counsel in establishing a new date for trial.”