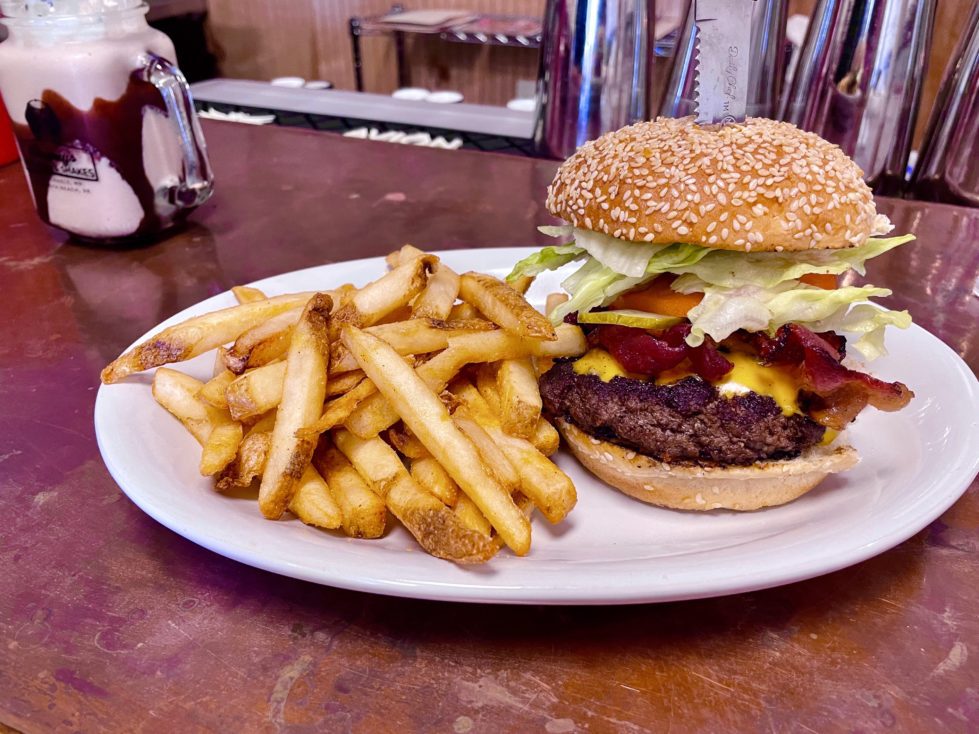 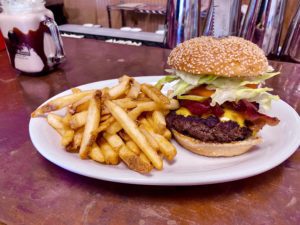 Hammy’s Burgers & Shakes has been getting a lot of attention as a new beach eats site after opening on Delaware 1.

Forget the ocean. Many visitors come to Delaware’s coast for the beach eats— and with good reason.

The concepts cover the gamut, from smashed burgers to samosas.

What’s more, the culinary action is no longer confined to the beach as development continues along Route 1 and toward the inland bays.

If you’re headed to the beach this summer, here are some places to try.

A smash burger is dropped on the grill and then pressed to create a toasty exterior and, hopefully, still juicy interior. The technique is popping up in mainstream restaurants, but two coastal establishments have built a business around it.

Nearby, Hammy’s Burgers & Shakes opened on June 2 in Rehoboth. The restaurant, located in Palate’s old space near the Safeway, is named for owner Chris Agharabi’s beagle, Hamlet, and the décor is for the dogs. When it opened, Hammy’s invited customers to bring in dog photos for a free order of tater tots, and the images are now wall art.

Hammy’s is a notch above a burger chain like Five Guys; there are plans to serve alcohol. But don’t let a beer get in the way of trying one of the milkshakes, which come in a Mason-style glass with a swirl of whipped cream. 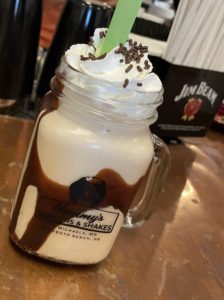 The original Hammy’s is in St. Michaels, Maryland, and it’s not the only Eastern Shore restaurant that Agharabi has brought to the Delaware Coast.

Latin flavors continue to trend in beach eats. Taco Reho has morphed from a popular food truck into a full-fledged restaurant with counter service and a drive-through.

The Tex-Mex eatery is worth a visit just for the décor, which salutes Billy Lucas’s days as a caterer for rock bands. But the tasty tacos, burritos and bowls are the main attractions.

Also on Route 1, Agave has opened a second location in the old Jake’s Seafood House. The demand for a seat in the original downtown Lewes location gave Agave a mystique. One wonders if having two will dilute the appeal.

But the hefty margaritas, guacamole — some of the best in Delaware — and fish tacos are doing their job. Judging by the crowds, both sites are doing well.

Beachcombers love their breakfast. Zava Café took over Duck Donuts’ Rehoboth space in the Avenue Inn & Spa building. The breakfast and lunch spot, which specializes in healthy selections, is owned by Danio Somoza and Thaina Bittencourt.

Samoza is the owner of Harvest Tide Steakhouse, which has Lewes and Bethany Beach locations, and Zoca, a Mexican restaurant in Bethany Beach.

In Lewes, Eggcellent, which started as a breakfast and lunch place, is now serving dinner with beer and wine. You may remember that this was the original site of Café Azafran, whose owners have Olive & Oats, a favorite breakfast/lunch restaurant on the same street.

Like Eggcellent, The Nook in Milton, which began as The Breakfast Nook, now has a dinner menu and bar.

Bramble & Brine at The Buttery is among the new beach eats in Lewes.

There’s been an interesting game of trading spaces at the beach. Two restaurants have seen the advantages of the highway. If you’re looking for The Pond Bar & Grill, it moved from downtown Rehoboth to Route 1 near Hammy’s and Miyagi Ramen Bar.

Meanwhile, in Fenwick, Matt’s Fish Camp moved onto the site that had housed Ropewalk Fenwick. The restaurant is the third Matt’s Fish Camp for owner SoDel Concepts. The flagship is in Bethany Beach, and the second is in Lewes on Route 1.

Up in Lewes, Megan Kee opened Bramble & Brine at The Buttery in the landmark Victorian on the corner of Savannah Road and Second Street. Kee also has La Fable and Houston-White, both in Rehoboth.

If the name sounds familiar, that’s because The Buttery was a longtime restaurant in the impressive Trader Mansion. Bramble & Brine was the name of Kee’s first restaurant in Rehoboth, which closed after she and her partner split.

Those names aren’t the only tributes to places past. The new restaurant’s lounge is The Pink Pony, a locally famous nightclub on the Rehoboth Boardwalk in the late 1950s and 1960s. Along with cocktails, this area handles takeout for the establishment.

Kee recently began serving brunch, and she plans to add an ice cream and coffee shop to the adjoining section on Savannah Road.

A few doors down, Chef Sean Corea and Tom Little, who worked together at the now-defunct Nage, are preparing to open Lewes Oyster House. You may remember the location as Jerry’s Seafood, but if you’ve been around for some time, you know that it was the original Rose & Crown, which is now in Hotel Rodney in what once was The Buttery.

For something completely new, there’s Ocean View Brewing Co., built from the ground up in Ocean View. The brewpub is owned by SoDel Concepts, which found success with Thompson Island Brewing Co. near Rehoboth several years ago.

Dewey Beer Co. has expanded outside of Dewey to Harbeson. There is a new tasting room and brewery operation, and Pizza Machine opened to provide patrons with something to eat between sips.

The location isn’t far from Brimming Horn Meadery in the event you want to go on a good libations tour. Dogfish Head is also nearby.

Get familiar with this area and the inland developments on routes 24 and 26.

As progress marches toward the inland bays, there will be more restaurants to sample.