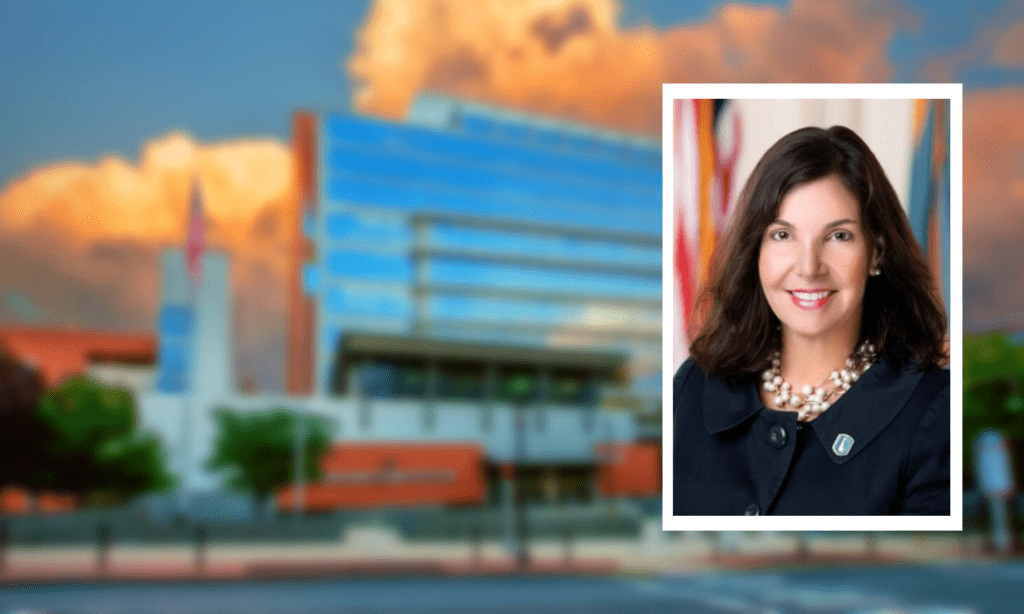 Delaware State Auditor Kathy McGuiness will face trial on corruption charges in May 2022.

She’s accused of arranging public payments to a campaign consultant to avoid regulator scrutiny, firing workers in her office to hire her daughter, who she allowed to use a state car and kept paying while the daughter was in college and not working, and attempting to intimidate employees who might help investigators looking into her conduct.

If found guilty, McGuiness could face up to 13 years in jail. She has pleaded not guilty on all charges.

Included in the scheduling order are deadlines for prosecutors to share their evidence with McGuiness’s attorney, Steve Wood, as well as due dates for pretrial motions.

Where the case stands

Last month, McGuiness unsuccessfully sought to have the public pay for her legal representation at a cost of $550 per hour.

The prosecution argued that the auditor is, by law, entitled to a publicly funded defense, but only in the form of a public defender — not an expensive private attorney from a white-shoe law firm.

Carpenter agreed. McGuiness has since said that she will retain Wood as her legal counsel at her own personal expense.

The auditor also unsuccessfully sought sanctions against Attorney General Kathy Jennings, arguing that she threatened McGuiness’s right to a fair trial with comments she made during her announcement of the indictment.

After a reporter asked Jennings whether McGuiness had responded to the charges against her, Jennings responded that prosecutors from the Department of Justice “reached out to the auditor on several occasions” and that McGuiness “has declined to speak with them.”

Wood claimed in a petition that Jennings’ comments were prejudicial and that it was him who advised McGuiness not to communicate with investigators — which she has a right not to do.

Carpenter declined to issue any sanctions but did restrict how both sides can discuss the case publicly.

While McGuiness’s legal consequences may not be determined until May 2022, the political implications of her alleged misdeeds are evolving at a faster pace.

The Senate had planned to convene Tuesday to finalize the House Resolution but changed course, opting instead to retain former Supreme Court Justice Randy Holland as “special advisor.”

The question at hand centers around the vague Article III, Section 13 of the Delaware Constitution.

That section says that the governor may “for any reasonable cause” remove any officer of the state government, except the lieutenant governor and members of the General Assembly, upon the request of two-thirds of all the members elected to the House and Senate.

Having never exercised its authority under that clause, members of the General Assembly are seeking to determine the Constitutional options at its disposal and how removal proceedings might work across both chambers.

Some legislators have floated the idea of suspending the auditor until the court rules on her charges.

Others have argued that the General Assembly should stay out of it altogether so as to not muddy the waters relating to McGuiness’s right to a fair trial.

During debate on the now-dead resolution seeking the advisory opinion, Sen. Dave Lawson, R-Felton, argued that members of the General Assembly have faced or are facing criminal charges on more serious crimes, ones in which Democratic leadership have not intervened.

He was likely referring to Sen. Darius Brown, D-Wilmington, who is expected to face trial on domestic assault charges on Dec. 1. The charges stem from a May altercation during which Brown allegedly punched a woman at Taverna Rustic Italian Restaurant in Talleyville, and Rep. Andria Bennett, D-Dover, who faced similar charges until they were dropped at the alleged victim’s request.

Brown was stripped of his chairmanship of the Judiciary Committee and eventually removed from the committee altogether, but the Senate has taken no action to censure or remove him.

With Holland’s guidance, Senate and House leadership, with assistance from Judiciary Committee members, will prepare findings and recommendations for the General Assembly. They plan to share their findings by the time the legislature reconvenes at the start of its 2022 session on Jan. 11.

In a statement announcing Holland as special advisor, Democratic leadership reiterated their call for McGuiness to take a voluntary leave of absence, saying that “potential conflicts of interest that will likely arise if the Auditor continues to actively serve in her elected financial watchdog role while facing criminal charges related to alleged abuses of those powers.”

McGuiness has rejected those requests through her attorney.