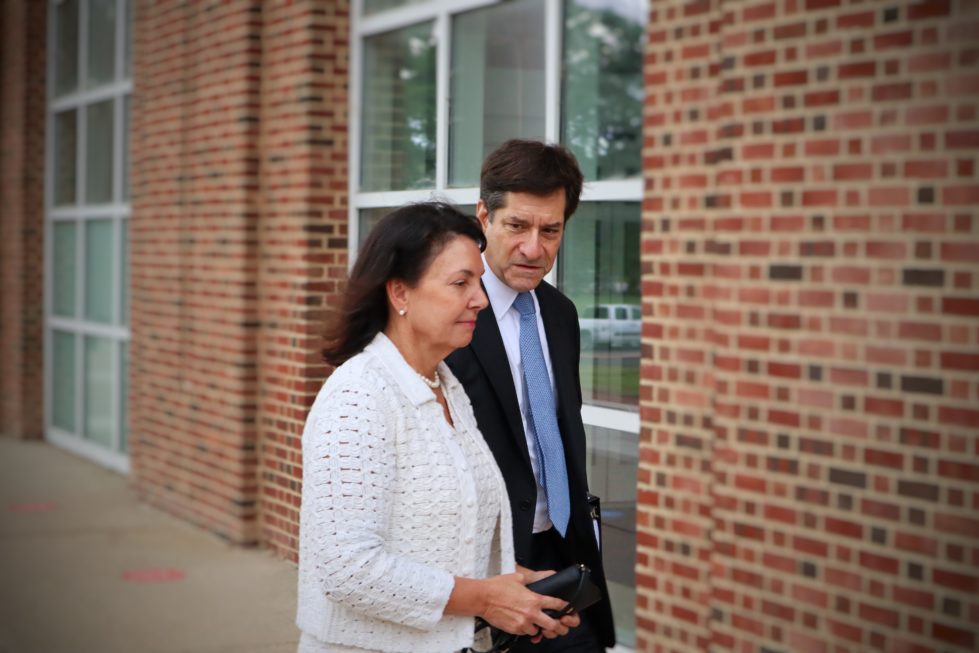 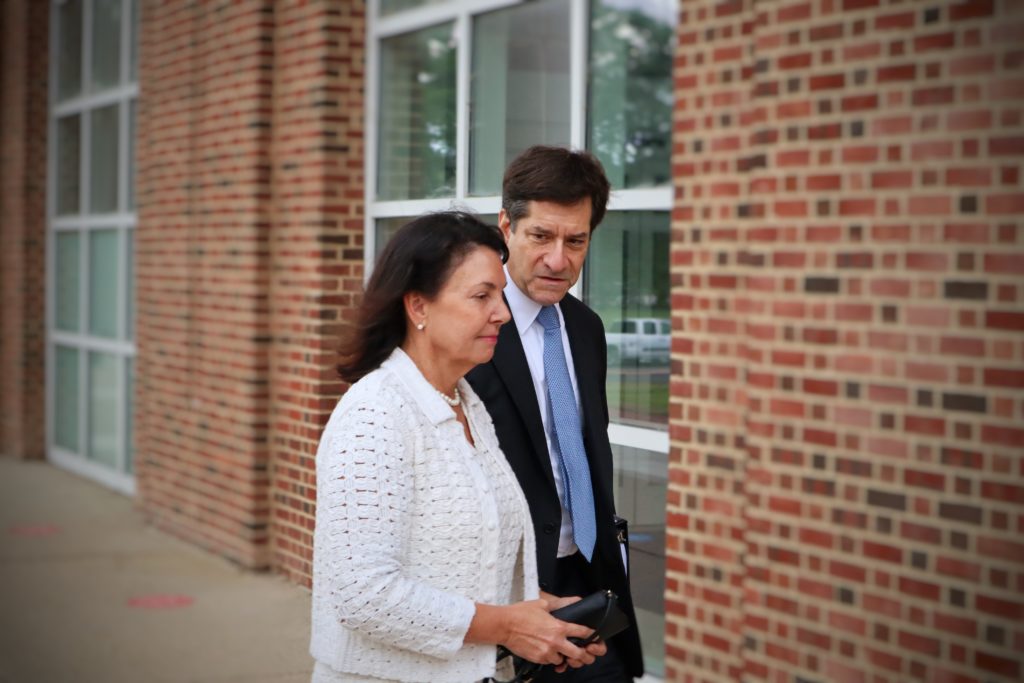 State Auditor Kathleen McGuiness, who on July 1 was found guilty of three misdemeanor corruption charges, has asked the judge in her trial to overrule the jury’s verdict.

Separately, defense attorney Steve Wood asked Superior Court Judge William Carpenter Jr. to grant a new trial on the three counts on which she was found guilty, citing numerous perceived errors made by the prosecution, the jury, and the judge.

All three charges are misdemeanors.

McGuiness was acquitted of charges of theft and intimidation, both felonies, after a three-week trial.

Before Carpenter rules on the motions, the state will have an opportunity to respond. Their filings are due in less than a week, but Department of Justice communications director Mat Marshall said “we doubt we will take that long.”

After the prosecution rested its case during the trial, Wood asked Carpenter to issue a judgment of acquittal, arguing the state failed to meet its burden of proof. That type of request is typical for trials of this nature.

He chose to defer judgment. Because the jury found McGuiness guilty on three of the five charges, Wood is asking the judge to return to the earlier motion and decide whether to overrule the jury’s verdict.

Such a decision is rare. As Marshall explains, courts are “highly deferential to a jury’s decision” and “don’t like to upend jury verdicts, for obvious reasons.”

McGuiness asks for a new trial

In his motion, Wood argues that the state committed multiple Brady violations.

That “includes any evidence favorable to the accused — evidence that goes towards negating a defendant’s guilt, that would reduce a defendant’s potential sentence, or evidence going to the credibility of a witness.”

In his filing, Wood said the state withheld such evidence throughout the trial.

“This adversely affected the Defendant’s ability to prepare and present her case, including her ability to conduct necessary investigations,” the motion reads. “There is no question that the guilty verdicts in this case are not worthy of confidence.”

McGuiness’ defense also argues that Carpenter erroneously admitted inadmissible character evidence, allowed the prosecution to shift their theory on the structuring charge, and made inappropriate comments on state’s witnesses that may have influenced the jury.

Wood asserts that the Superior Court is empowered to set aside a guilty verdict and enter a judgment of acquittal.

In his filing, Wood essentially relitigates each of the issues he believes the jury got wrong and argues that “no rational trier of fact” could have found the defendant guilty beyond a reasonable doubt.

As for count one, conflict of interest, Wood argues that McGuiness acted within the law when she hired her daughter, Elizabeth “Saylar” McGuiness.

“Other employees resigned for personal reasons long after the decision to hire Saylar was made,” the motion says. “Saylar did things that other employees did for the same pay. Somehow, according to the State, this was a crime.”

On count three, structuring, Wood says the jury made an error in judgment because, even if McGuiness committed all the elements of the crime, “there is no evidence that the Defendant possessed the requisite state of mind.”

He argued that the state needed to prove beyond a reasonable doubt that McGuiness willfully fragmented or subdivided contracts with the intent to avoid compliance with state procurement code.

“The State offered no evidence to prove these mentes reae,” the motion says. “To the contrary, the record reflects that the State Procurement Code was ‘not [the Defendant’s] wheelhouse,’… so she relied on her staff, who turned out to be similarly ignorant of the intricacies of procurement law or missing in action entirely.”

As for count four, official misconduct, Wood argues that a conviction is sustainable only if McGuiness is convicted on count one, count three, or both, which she was.

The schedule for sentencing is up to a judge. According to Marshall, “because the issues have been thoroughly vetted and neither party is requesting a pre-sentence investigation, we expect [sentencing to occur within] 30 days.”