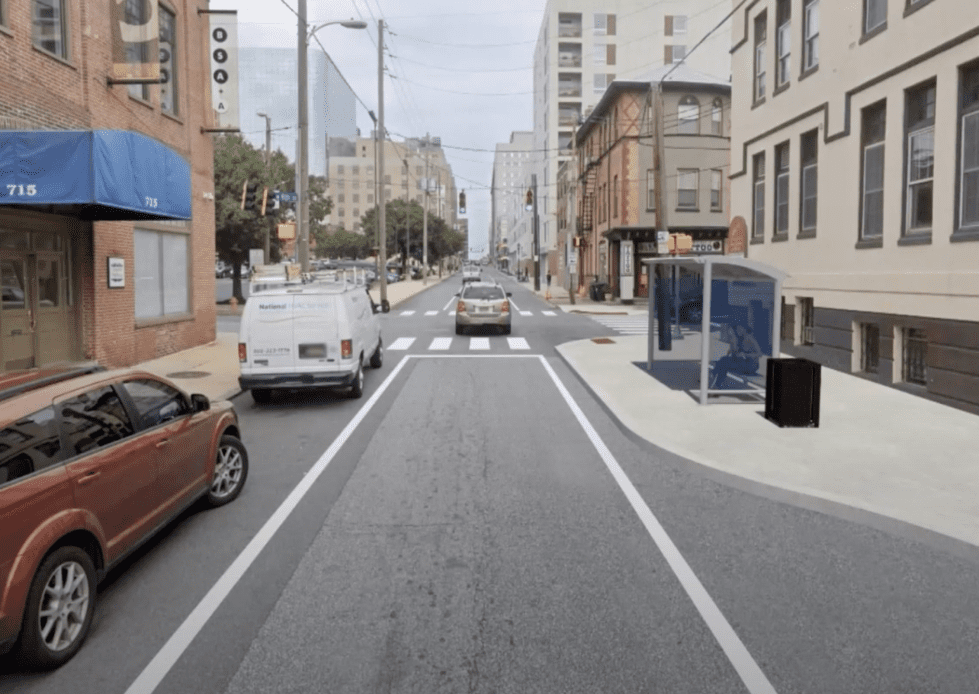 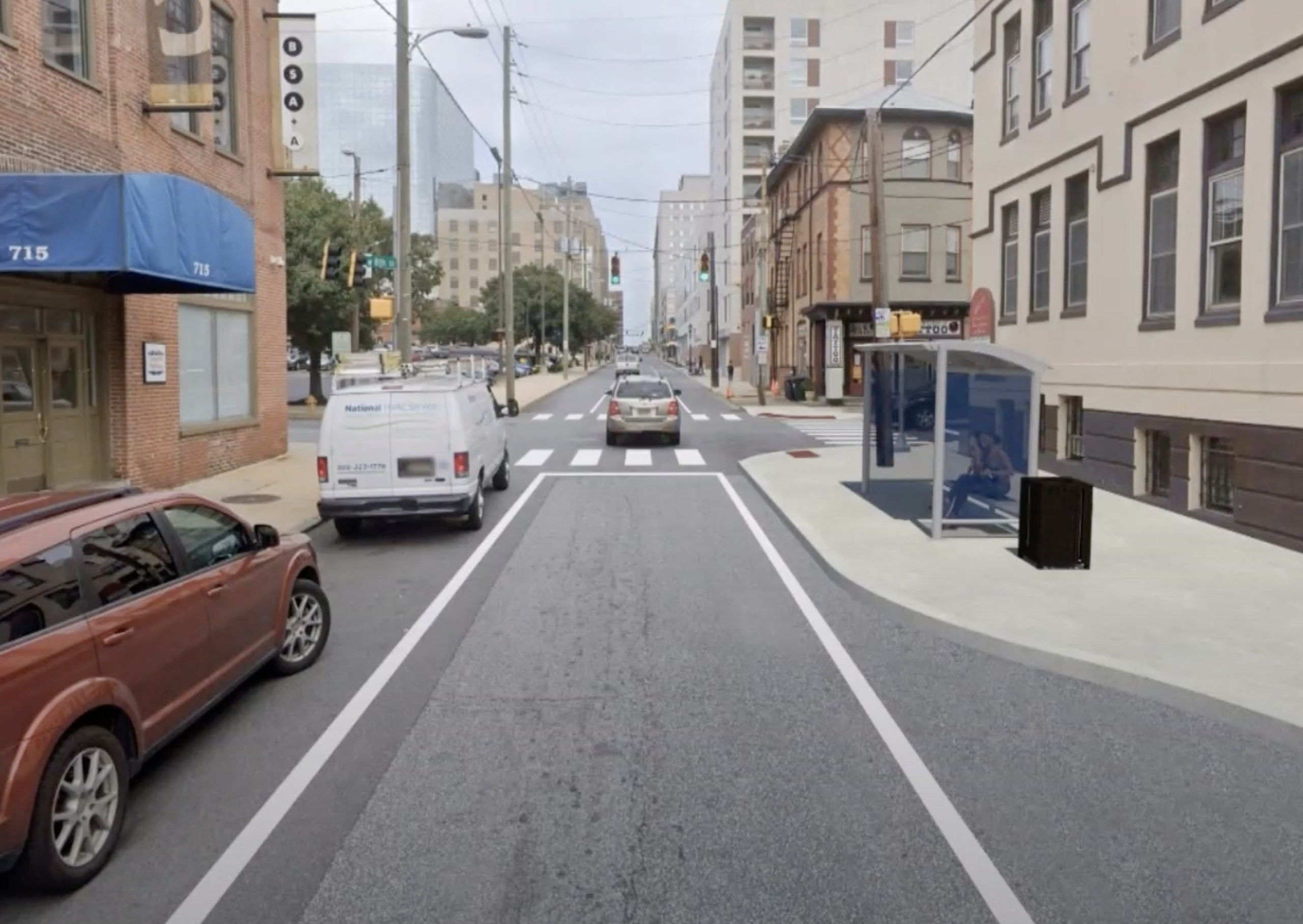 The Delaware Department of Transportation has accepted a $2.3 million bid to improve the bus system on four streets in downtown Wilmington.

The Wilmington Transit Corridors Improvement project aims to reconfigure Orange Street (between Martin Luther King Jr. Boulevard and 10th Street) and also improve transit on King (between MLK and 10th) and Eighth and Ninth streets (between Adams and Church streets).

“The goal of the project is to provide better shelters and other amenities at bus stops within the Central Business District of Wilmington along with safety improvements for pedestrians,” said Diane Gunn, a senior engineer with Century Engineering who is acting as DelDOT’s project manager.

Bus stops on all four streets would get LED signage to provide real-time bus arrival information.

Sidewalks will be extended at the stops, creating what DelDOT calls bump outs to reduce bus boarding and unloading times.

Downtown: Final draft of plan for I-95 cap park released

Grass Busters Landscaping is scheduled to start work next spring and finish by fall. The work was estimated to cost $2.6 million.

One document on DelDOT’s project page and a video of a 2021 information session say the work will include dramatic changes on Orange.

• Orange Street, which is one-way northbound, will have parking shifted to the east side between Second and Third streets, maintaining two travel lanes. From Fifth to Ninth streets, parking will be on both sides, with one travel lane. The move will add 42 parking spaces. One bus stop has been moved. Oversized stop signs will be installed to alert drivers about the heavier pedestrian traffic around Delaware Technical Community College.

• King Street, which is one-way southbound, will not have any bus stops moved.

• Ninth Street, which is one-way eastbound, will lose five bus stops and gain two. It will also get two more parking spaces.

• Eighth Street, which is one-way westbound, will lose three bus stops, gain one and have two moved from one corner of the intersection to the other. It will lose one parking space.

During the information session, a viewer asked if parking – a perennial topic downtown – will be an issue during construction. “It shouldn’t be an issue,” said Matt Goudy, a project manager with RK&K. “The way that the project will be constructed is that it will be intersection to intersection, so they won’t be shutting down the entire road or blocks.”