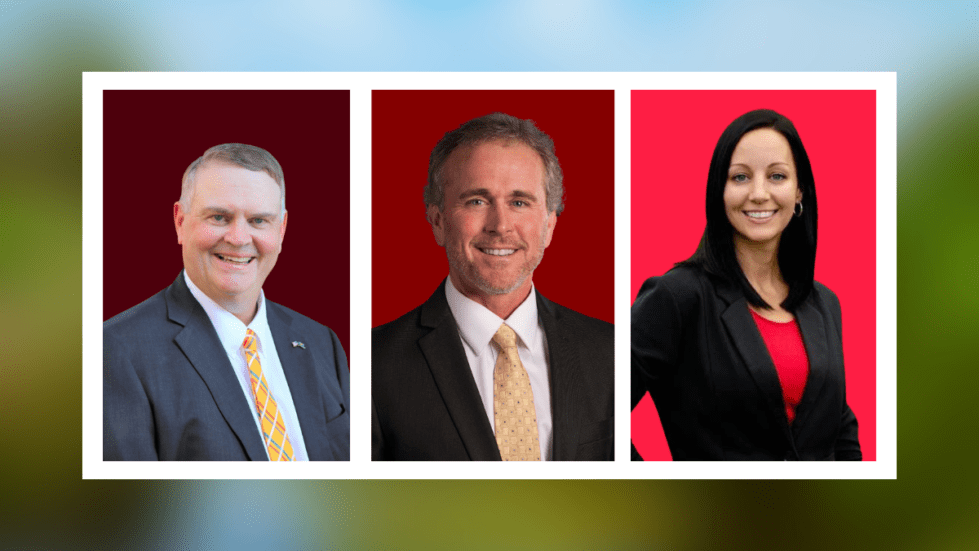 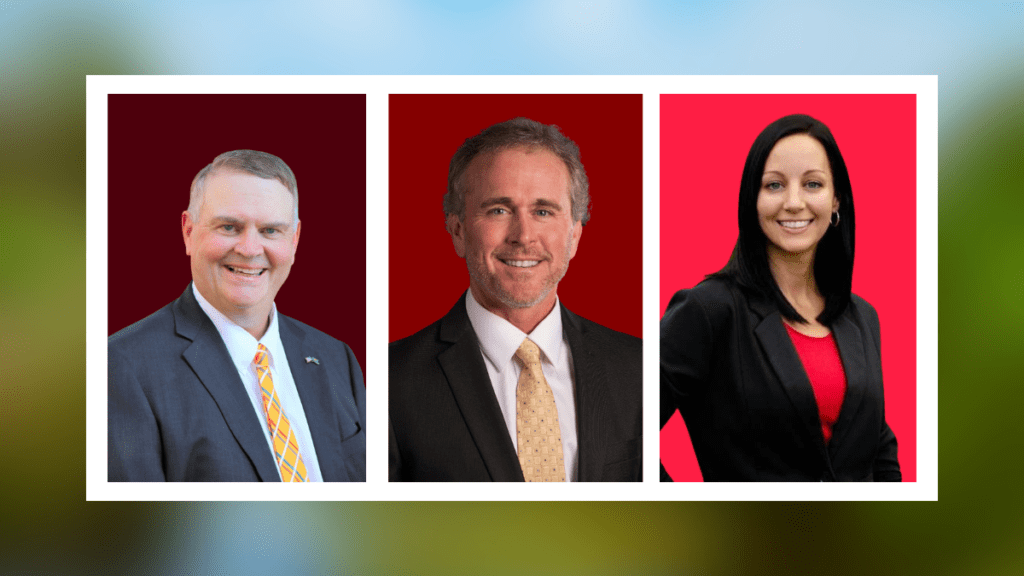 There’s a race to the right in central Delaware’s 16th Senate District, and incumbent Republican Sen. Colin Bonini’s 27 years of experience have become a focal point of the bitter challenge.

Bonini has long been regarded as one of the most conservative members of the Delaware General Assembly, but that may not be enough to stave off primary challengers Kim Petters or Eric Buckson.

It’s one of the most interesting races in the state’s primary elections, which take place Sept. 13.

First elected to the Delaware Senate in 1995, Bonini, who serves on the powerful Bond Bill Committee, has infamously never once voted for a state budget, opposed numerous efforts to increase taxes, and been a stalwart supporter of “traditional values.”

He’s run for governor twice and treasurer once, but always landed back in the 16th Senate District — a place that hasn’t failed him at the ballot box in 27 years.

There are at least two people in Bonini’s district, however, who think they can do a better job: opponents Kim Petters and Eric Buckson.

Petters is a U.S. Air Force veteran and co-founder of the Women’s Defense Coalition of Delaware, a pro-gun group that offers training, education, resources, and advocacy for women’s right to self-defense.

She believes Bonini has been absent when his district needed him the most and failed to produce results for the conservative causes he claims to champion.

Buckson, a former educator and athletic director, was elected to the Kent County Levy Court in 2006.

He’s the son of former Lieutenant Governor and Attorney General David Buckson, who also served as Delaware’s governor for 18 days after Caleb Boggs resigned to take his seat in the U.S. Senate in December 1960.

Buckson agrees that Bonini has been in office too long, but thinks voting for Petters is a gamble because she doesn’t have any legislative experience, as he has from the Levy Court, which is what Kent County calls its county council.

The district stretches from Little Creek to the northern reaches of Milford, including Frederica, Magnolia, Bowers, Kitts Hummock, and parts of Camden and Dover.

Although there are no Democratic candidates running, the district isn’t predominantly Republican. Of its 35,679 registered voters, 14,221 are Democrats, 11,621 are Republicans and 9,837 are either unaffiliated or members of third parties.

The Democratic Party could still nominate somebody to run in the General Election. Parties may nominate candidates for races with no candidates until Sept. 1, 2022. 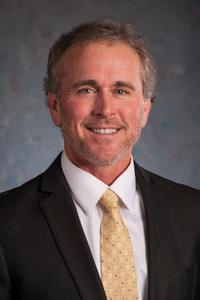 Buckson said that while he’s running as a conservative, he has a track record of working across party lines.

His proudest accomplishment on Levy Court is passing the Adequate Public Facilities Ordinance, he said, which requires developers to pay for infrastructure enhancements rather than taxpayers.

He also worked to encourage the development of DE Turf Sports Complex in Frederica and the Kent County Recreation Center, he said. The recreation center is a collaborative effort with the Boys and Girls Club that includes four full-size basketball courts, two indoor multi-purpose fields, and six volleyball courts.

“I’m most proud of the accomplishments that I was able to make because I was not concerned with who got the credit and only concerned with doing the right thing and getting things done,” Buckson said.

As a senator, he said he’ll continue to work with people across the political spectrum to do what’s best for the community.

“That’ll be my mentality,” he said. “I will not compromise my morals and my convictions but I will communicate with others, I’ll talk to folks, regardless of party affiliation, in an effort to make good law and to make good decisions.”

Buckson said he plans to push for term limits, and he can talk at length about three models for doing it. 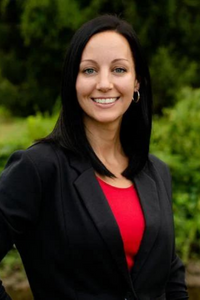 Petters said she’ll also be willing to work across the aisle, but there are some issues on which she won’t budge.

She’s not going to compromise on any bill that infringes on people’s right to keep and bear arms, she said.

“As someone who weighs 120 pounds, I walk around and more than half the population could overpower me if they wanted to,” Petters said. “So I, as a law-abiding citizen, should not have my rights hindered, revoked, or challenged.”

If elected, Petters said she’d work to preserve constitutional rights, improve the state’s educational system and provide constituent service that meets the needs of every person in the district.

“I want to get in there and make a difference,” she said. “I’ll go pretty much wherever I’m needed. The only difference between me and the other candidates is I’ll actually fight for us.”

That’s not something she sees in Bonini or Buckson, she said.

When parents were fighting school boards over issues with masking and the perceived injection of political ideology into curriculum, Petters said her two opponents were nowhere to be found.

“Why weren’t they at the school board meetings with us,” she asked. “I’ll tell you what I did differently. I went on the radio and I said, ‘Hey, folks, my name is Kim Petters and we have an issue going on with our schools. I’m inviting all Caesar Rodney parents to my home tomorrow night.’”

She said that’s the kind of constituent service she’ll bring to the 16th Senate District, but she also thinks it’s important to elect a Republican woman to the Senate. There is only one Republican woman in the legislature: Rep. Ruth Briggs King, R-Georgetown.

She said that like Bonini, “Eric is on his way to being a career politician. He is part of the establishment as well. He comes from a family dynasty.”

Buckson said that while Bonini has been in office for too long, Petters doesn’t have enough experience in government to be an effective senator.

“I’m asking folks in my district to put me in front of somebody who served nearly three decades — somebody with a lot of experience,” he said. “Why am I better suited [than Petters] to be that replacement? Because I’m not coming in with a blank slate. I have a career track record.

“If you’re going to unseat an incumbent, I would argue you want to unseat them with somebody who’s not going to have a learning curve — who’s going to go in there and know how to fight and get things done.” 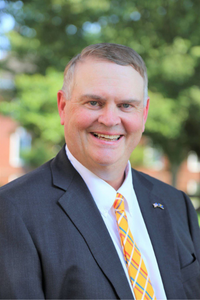 Bonini agrees that he’s been in the Senate for a long time, but sees that as an asset, not a liability.

He frequently jokes about his seniority. When the Senate voted to adopt the Dryptosaurus as the state dinosaur, he said he was relieved they didn’t name him because he’s been in office so long.

He questioned whether Buckson and Petters are actually as conservative as they say.

He said he’s proud of his record, thankful for the people who have voted for him, and hopeful they’ll vote for him again.

Bonini has never voted for the state budget because he sees it as evidence that the government is continuously expanding. Each year, he said, the budget grows bigger and politicians still struggle to fund the new programs they enact.

In June, Bonini launched an effective filibuster in the Senate to stop a Democratic effort to allow voting by mail without proof of identity.

After introducing 27 amendments that kept the Senate in session until early the next day, Bonini successfully attached an amendment requiring mail-in voters to include either the last four digits of their social security number or their driver’s license number.

“I hope that that shows folks that I’m willing to do what’s necessary to try to do what I think is right,” Bonini said.

If re-elected, Bonini said he plans to fight any effort to increase taxes, including renewed calls to impose a statewide property tax. Currently, property taxes are only assessed at the county level.

Bonini said he was instrumental in stopping a statewide property tax in the past.

He said he’s unapologetically pro-life and pro-gun and will continue to stand up for conservative values, even if that means standing alone.

Inside the Senate, Bonini is viewed as being so conservative that when he embraces a Democratic proposal such as the science of reading, it can startle fellow lawmakers and influence the way other Republicans vote.

Bonini said his wife, who teaches at Delaware State University and holds a neurobiology degree from Stanford University, thought the bill was needed to help kids learn to read.

Bonini is unfailingly polite. Although he routinely votes against Democrats’ bills, most would consider him a friend.

“I think you can disagree without being disagreeable,” he said. “I think it’s important to treat people with respect.”

While he said he respects both of his opponents, he also removed them from a list of potential replacements in the event he has to vacate his office.

When COVID hit, Petters said, “He called and asked me if he could put my name on that list, and my name is on that list, so it’s not just me who thinks that I would be qualified.”

But Bonini said that after researching them, both were removed from the list.

He wouldn’t go into detail other than to say that he “would not feel comfortable with them representing my constituents in the Senate.”

All three candidates said they would support the eventual Republican nominee — an easy gesture to make considering there’s (currently) no Democratic opponent.

Bonini said he would accept the results “unless there’s some suspicious activity,” which he doesn’t expect.

To learn more about candidates in other districts, click here.