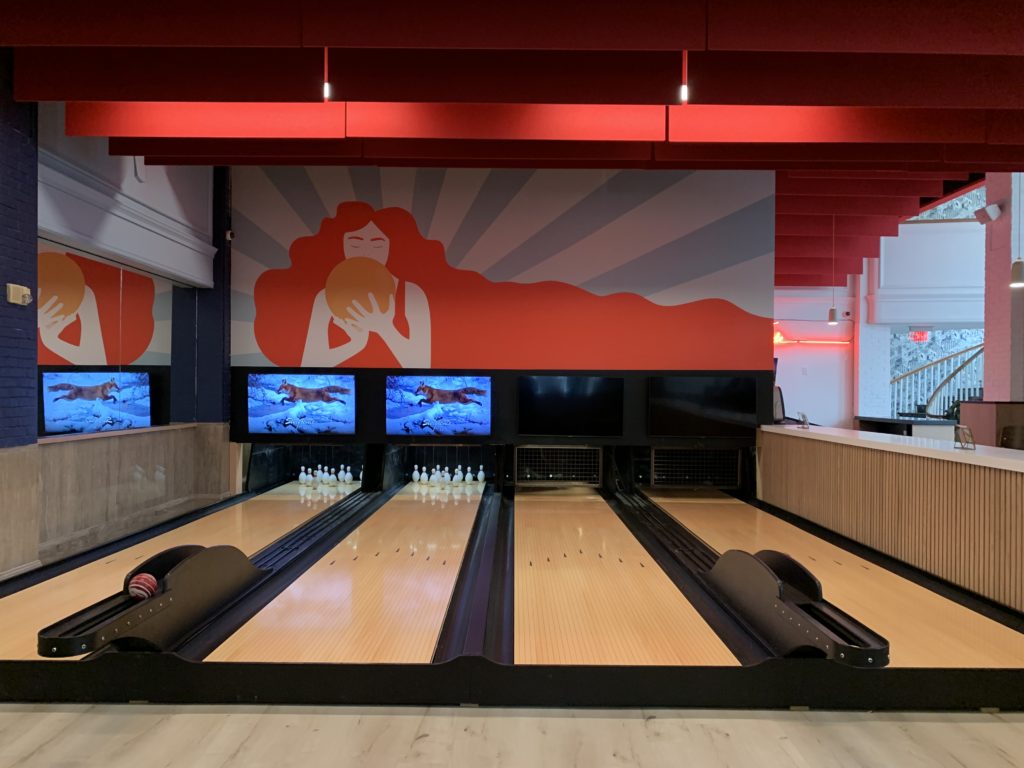 Wilma’s, a new duckpin bowling alley and creole eatery on Market Street in Wilmington, ticks a couple of boxes for the owners and for future clients.

The new restaurant — half vibrant colors for the bowling and half soothing streamlined earth tones in the bar and dining room  — starts by giving new life to 902 N. Market Street.

It’s a location that’s been a death sentence for at least three other restaurants in the spot during the last decade.

“I’ve heard everything from it’s on Indian burial ground to it’s a cursed space,” says Rich Snyder, director of food and beverage for developers Buccini/Pollin Group. “I think it’s just the right concept going in there at the right time. And I feel this is both.”

For customers, it offers a place to socialize that goes a step beyond a bar. Snyder says that’s important to a lot of young professionals who want to do more than sit around with a drink in their hand at a bar.

“We figured we’d do something that would create an activity that could attract people to the bowling activity but also have great food to complement the bowling,” he said.

Already popular in places like Nashville, Cleveland, Baltimore and Atlanta, duckpin bowling also appeals to families because both the pins and the balls are smaller than traditional 10-pin bowling. Wilma’s lanes are half the length of a typical alley.

BPG describes duckpin bowling as a cross between skeeball and 10-pin bowling, with slightly different rules. Players have three  turns, instead of two, to score using a grapefruit-sized ball without holes.

BPG hopes the lanes also will inspire families who want to hold children’s birthday parties during the day.

The first full-service restaurant owned and operated by The Buccini/Pollin Group,  the name Wilma’s also is a play on the term “Wilmo,” which many people use to refer to Wilmington. 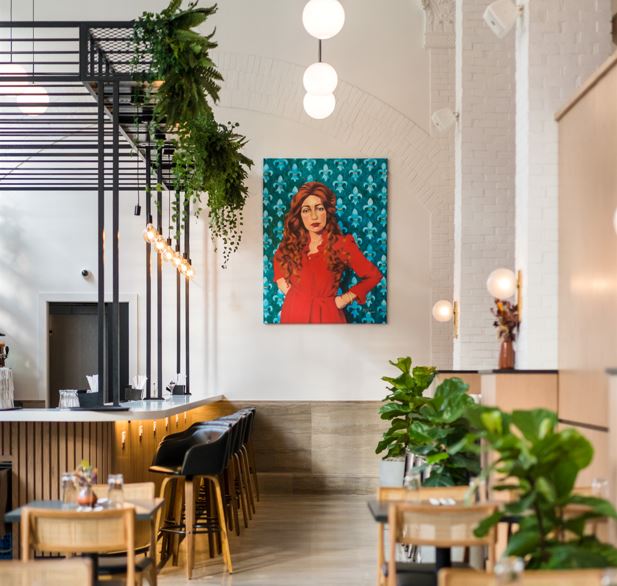 This self-portrait by artist Lauren Peters offers a look at the character created for the restaurant.

The red-haired vixen seen above the four-lane bowling alley is a character created by BPG who is envisioned to be equally at home on a motorcycle or in an opera audience.

She’s been given life in the distinctive style of Wilmington artist Lauren E. Peters, whose self-portrait in the bar also is a more dynamic version of Wilma.

Announced in early 2020, Wilma’s opening was delayed until this month by the pandemic and also by supply chain problems.

The pin setters, for example, weigh 1,500 pounds each and were ordered from Belgium. They were supposed to arrive Oct. 22 in New York. They didn’t get there until Dec. 7. And then somewhere between New York and Philadelphia, they were lost.

Snyder said he’s been told by a Wilmington company who helps them find furniture and fixtures that it’s “complete piracy” out there.

Wilma’s ended up getting two new resetters from the installers’ inventory and two off a showroom floor. They should have arrived from Pittsburgh and be up and running Wednesday, Snyder said.

The marriage of the bowling and the dining, under Chef Jimi Sparks of Makers Alley and Ulysses American Gastropub, seemed like a natural for the 60-seat dining room once it was suggested, Snyder said.

Drawing on the cuisine of New Orleans, of which excellent examples can be found shacks by the side of the road as well as spendy restaurants downtown, Wilma’s will serve lunch, dinner and brunch. 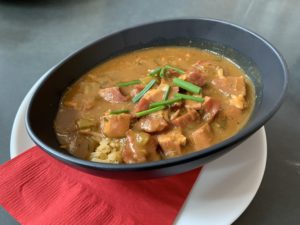 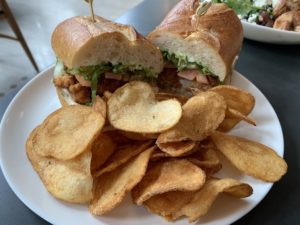 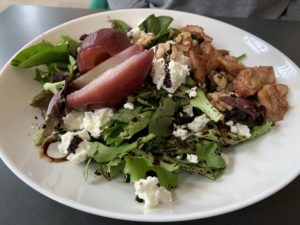 On Friday, Wilmington artist Eunice La Fate was raving about the smoked sweet and spicy ribs ($14, $27) and telling everyone who walked by that they had to try it, but she wasn’t sharing. She took her leftovers home.

Wilma’s also offers a small retro arcade off the main dining area as well as a private dining room for hire. Guests can lounge on the mezzanine and look down on the dining room and bowling.

Reservations can be made online at goodtimewilmas.com or on the Resy app. Validated parking is available at the Mid-Town Park garage at 805 N Orange. Patrons should bring parking tickets inside and show them to their servers.

The duckpin bowling isn’t the last of BPG’s ideas of good times downtown.

At the Friday ribbon-cutting, BPG announced it will open a shuffleboard club nearby at The Residences  at Mid-town Park. Shuffle Libre, expected to open in 2022, will feature full-size courts and a Cuban-themed menu. 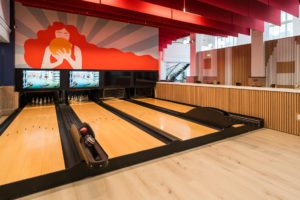 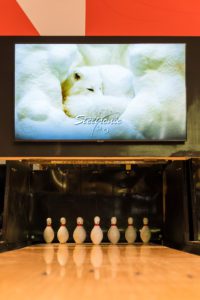 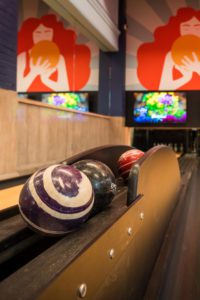 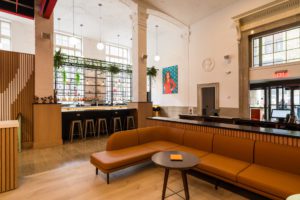 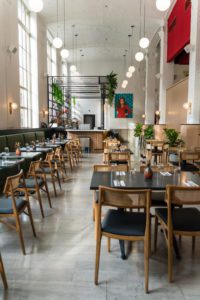 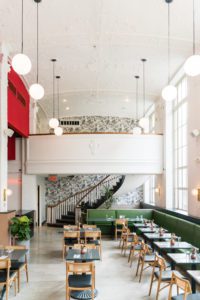 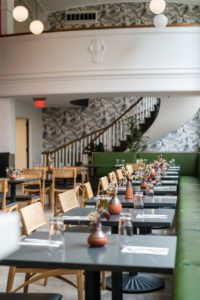 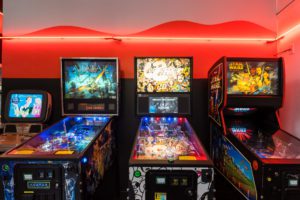 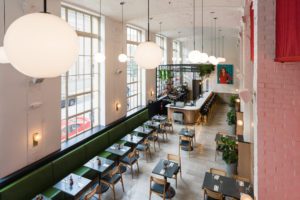