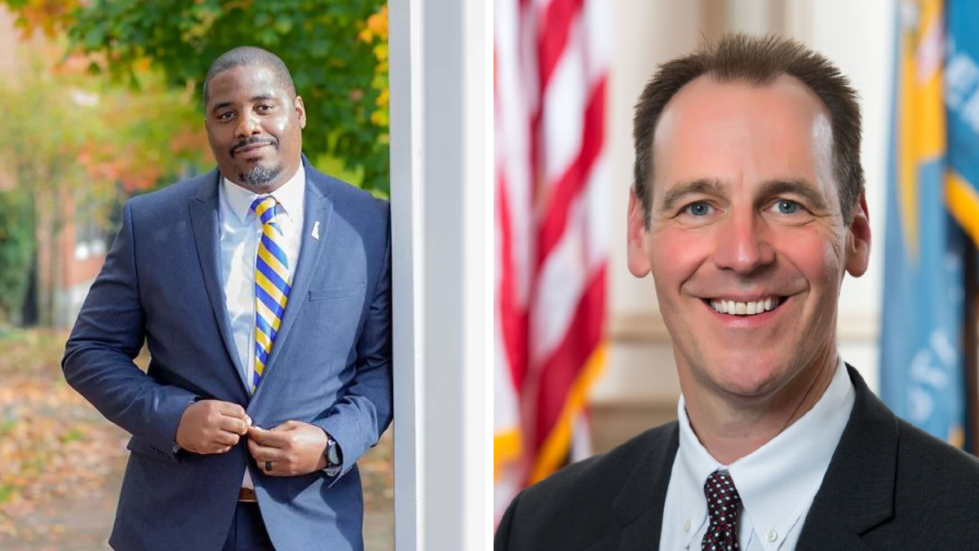 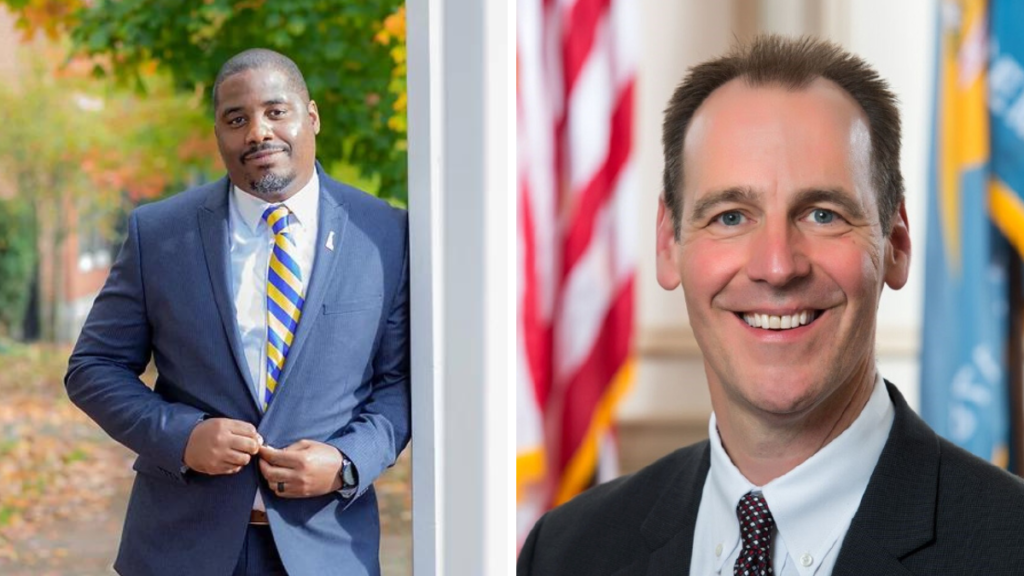 Rep. Kevin Hensley, a Republican, has represented the district where Democrats outnumber Republicans by nearly two-to-one since 2015.

The district runs along the Delaware Bayshore from the Chesapeake and Delaware Canal to just north of Woodland Beach, with Port Penn and Odessa in between.

As of Sept. 2022, there are 9,625 registered Democrats in the district, 5,756 registered Republicans and 5,098 who are unaffiliated or registered to a third party, according to the Department of Elections. 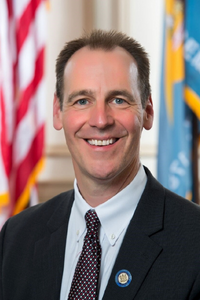 Hensley, a realtor who has overcome the Republican registration deficit in four elections, is confident he can do it again.

“I think that my message clearly resonates with Democrats and independents,” Hensley said in an interview with Delaware LIVE News. “We typically earn about 32% of the Democratic vote and the majority of the independent vote, which is critical.”

Hensley acknowledged that on paper, the task looks insurmountable, but his relationship with constituents is one that transcends party lines, he said.

While canvassing the neighborhoods in his district, Hensley said a great number of Democrats tell him, “Kevin, thank you for all you do in serving us — you’re the only Republican I’ll ever vote for.”

“I’m very proud of that,” Hensley said. “And I strive to continue to serve everybody in the community, no matter their political affiliation.”

Williams, who is a public defender in Salem County, New Jersey and a U.S. Army veteran, said Hensley’s voting record doesn’t align with that sentiment.

“I don’t think his opponents in the past have spent a great deal of time focusing on Rep. Hensley’s voting record,” Williams said. “He’s gotten away with pretending to be a nice guy and not really having to speak or defend his record.

“Well, he can’t just hide behind the rumor of him being a nice guy. Kevin is going to have to actually talk and defend his legislative record.”

That record, Williams said, is one of a politican who is wrong on abortion, wrong on gun control, and wrong for his district’s working class.

His primary focus in Dover has been improving the state’s education system, he said.

As a founding member of the MOT Charter School and former member of the Appoquinimink School District Board of Education, education is something he’s been passionate about for his entire career.

His proudest accomplishment, he said, is increasing school safety and security throughout the state.

The fund began with $5 million, which could be used to enhance school safety by installing secure vestibules, bulletproof glass, locks, cameras and more.

Future allocations to the fund are at lawmakers’ discretion. In 2022, the General Assembly allocated $10 million.

During the most recent legislative session, Hensley sponsored HB 388, which allows schools to use money from the fund to pay for constables.

If re-elected, Hensley wants to continue focusing on student safety and wellness.

“I’ve been very keenly involved with and concerned about the mental health of our students, particularly coming out of COVID,” Hensley said. “I was proud to co-sponsor legislation that added mental health counselors in elementary and middle schools.

Hensley also wants to pass a law that would put cameras on the outside of school buses.

“I’ve seen, all too many times in my travels, motorists passing stopped school buses, and I’m extremely concerned about that situation,” he said. “God forbid, we have an accident, or goodness forbid, a fatality, as a result of somebody passing a stopped school bus and hitting one of our children.”

He also wants to increase the senior property tax credit to $750 — something he tried to do during the most recent legislative session.

“Unfortunately, the bill was not considered by the full House,” he said. “The good news is that we did get a $100 increase to restore the $500 tax credit in the FY ‘23 budget and my goal next year is to reintroduce that legislation to try to take that number to $750.” 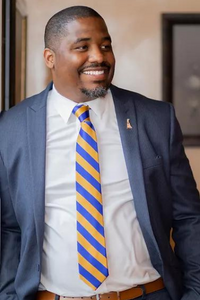 “That includes abortion,” he said. “I want to make sure that abortion in Delaware remains legal and accessible to every Delawarean. I want to keep politicians out of the examination room.”

“I want to enact gun laws that do not impede on people’s Second Amendment rights but allow for more accountability when it comes to gun ownership in Delaware,” he said.

As Delaware’s population nears 1 million, Williams said it’s time to consider creative ways to move people around the state and connect its residents with the northeast megalopolis, which includes Boston, New York City, Philadelphia, Baltimore and Washington, among others.

“We have two main arteries in Delaware that can no longer take more vehicles on the road,” he said. “I think it’s time for Delaware to seriously invest in a light rail system.”

Williams’ vision is to create a rail system that spans from Wilmington to Rehoboth, which he says would ease congestion along Delaware’s already stressed infrastructure, giving residents better access to cities in the region, and visitors better access to all Delaware has to offer.

“As our population grows and increases to the point that it’s over a million people, we can’t afford to have a million-plus cars on Delaware roadways at any given time,” Williams said. “We have to think creatively and reasonably to figure out a better way to move people around the state.”

Whatever the issue, Hensley said working across the aisle is “critically important.”

“Every piece of legislation that I’ve sponsored thus far in my tenure, I’ve specifically gone out of the way to make sure it’s bipartisan,” he said. “I’m in the minority party and I feel that the only way to get things done in Dover for the good of all Delawareans is to work across the aisle.”

It’s that approach, he said, that has helped him convince Democratic, third-party and unaffiliated voters in his district that he’s the best choice to represent them.

Other Republicans with tight races would be well-advised to look at his district as an example of how to overcome the odds, Hensley said.

“I think they have to stay laser-focused on appealing to the Democrats and independents,” he said. “As a Republican, you’re not going to win an election, particularly in New Castle County, without some crossover support.

“So for those Republicans who are running and think they can solely focus on people within their party, it’s clearly not going to end up in a win.”

“I think my opponent, being a Republican, is out of touch and on the fringe base of a radical group that seeks to overthrow our democracy when they don’t get their way,” Williams said.

“My opponent has yet to come out and really respond to the easy questions, like, ‘Did President Biden win the 2020 presidential election, fair and square?’”

Williams said Biden did win the election, and Hensley, depending on what audience he’s catering to, may not say that, “or put some type of caveat or condition on it.”

A report, the result of an apparent investigation into Williams’ background, was anonymously submitted to Delaware LIVE News.

The report falsely stated that Williams had pled or been found guilty of numerous crimes, some violent. It also said Williams declared bankruptcy at one point.

Asked about that report, Hensley said he knew little about Williams.

“I’m aware of the issues, but frankly, I’d rather not speak to them,” Hensley said. “I’d rather just focus on my campaign and getting my message out to the voters. But I’ll be interested, if he talks to you, what he’ll say about it.”

Asked about the allegations, Williams laughed.

“Terrell Williams is a very common name,” he said. “I will tell you that none of those things apply to me. I think they have the wrong person.”

Delaware LIVE News was able to independently verify that the vast majority of the report’s accusations were false.

Williams is licensed to carry firearms in both Delaware and Pennsylvania — something that would not be possible if he had pled or been found guilty of violent felonies.

Williams voluntarily shared background checks he had conducted on himself before running for office, and a Federal Bureau of Investigation fingerprint check deeming him eligible to work and volunteer with children.

“I think politics is a dirty game and when people feel threatened, they’re liable to say anything,” Williams said.

“I don’t know who could have came up with it, but the first thing I did when I decided to run for office is my own opposition research on myself — I checked to see what’s out there. And there’s nothing out there that anyone can say I did or didn’t do. I’m pretty transparent.”

Before Williams was asked about the anonymous report, he told Delaware LIVE News he had once been forced to declare bankruptcy.

He was about to graduate from the Charlotte School of Law when it closed unexpectedly. Western Michigan University’s School of Law offered to accept his credits, and he moved there before graduating in 2020.

That move created a “tailspin of financial hardship” that put his family of eight in peril, he said. “I actually had to file bankruptcy so that I could move on and maintain my job at the time with the federal government.”

“That was really a rough spot in my life that we were able to navigate through.”

Williams said that if he did have a criminal background, he would come out and tell people, because it would be a “compelling redemption story.”