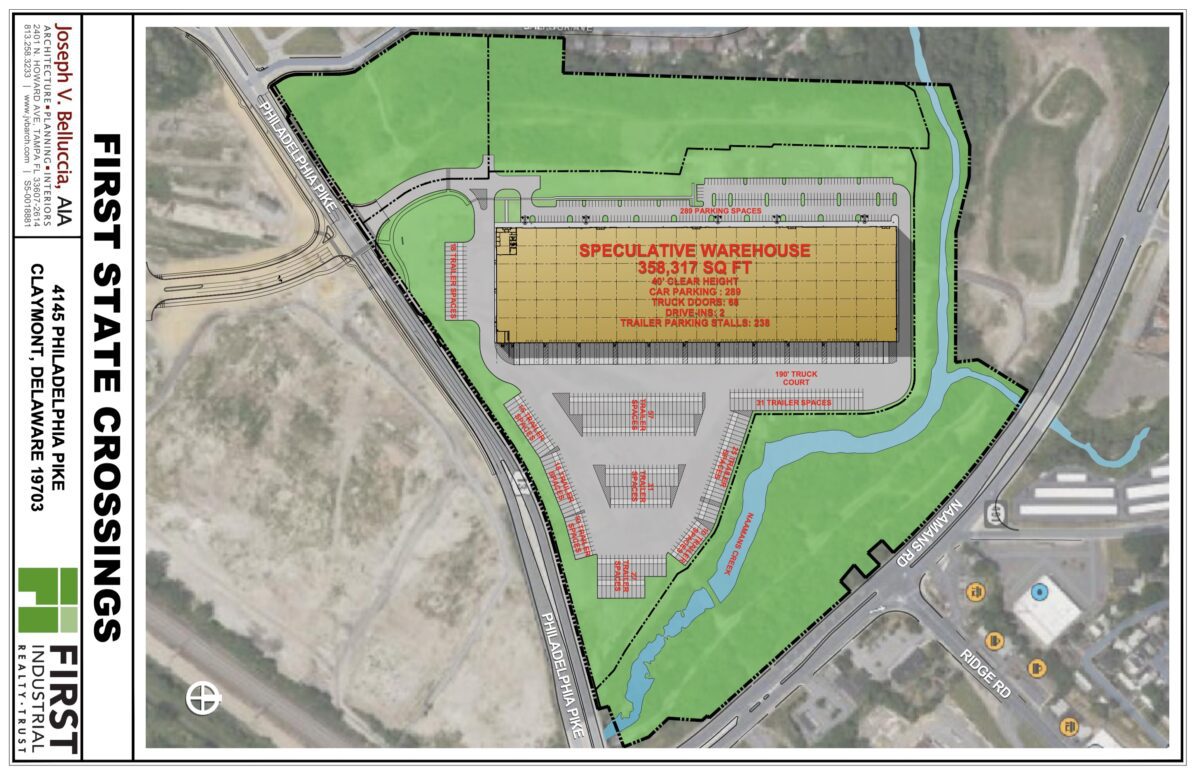 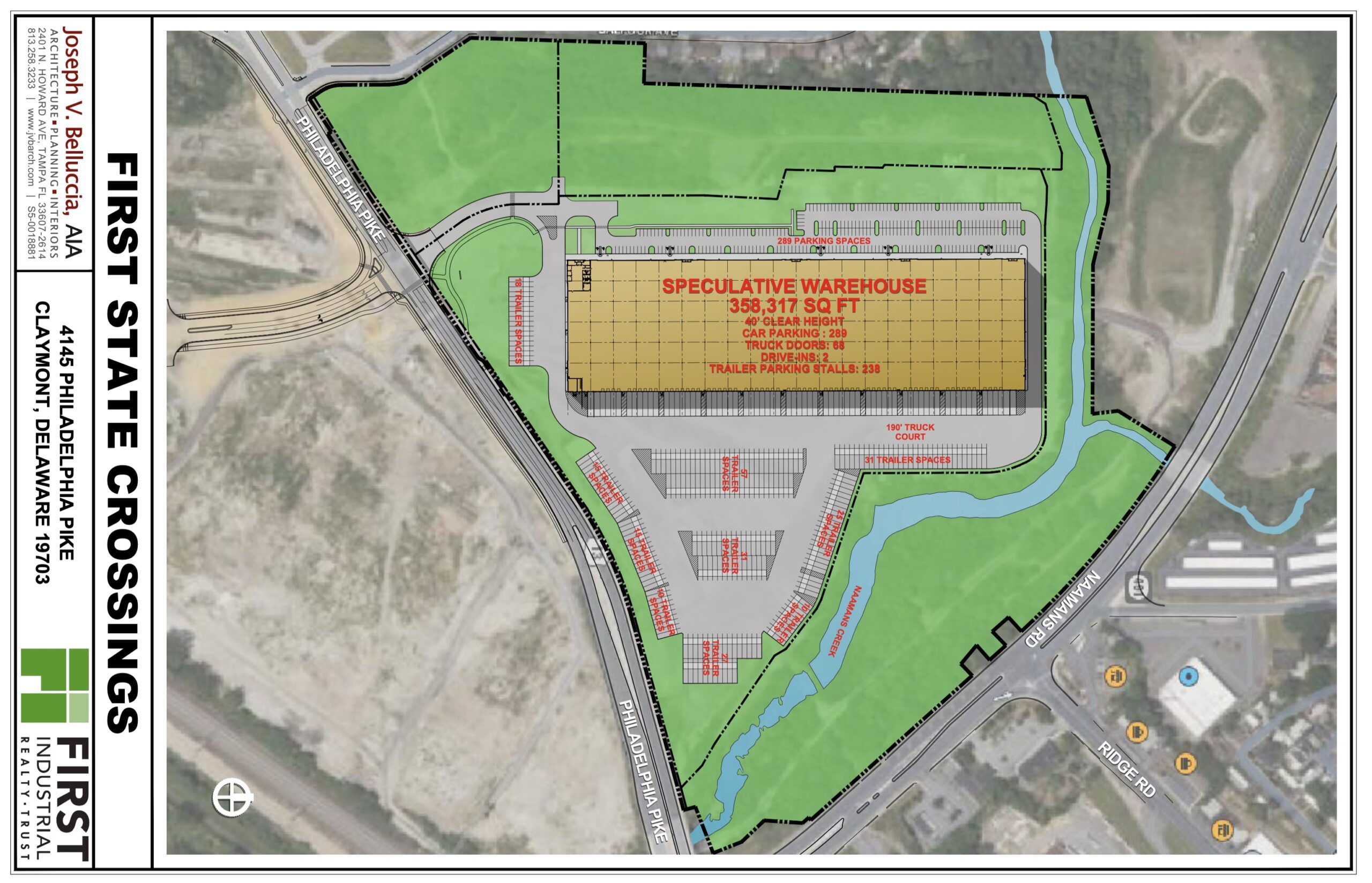 This map spells out the plan for the First State Crossing warehouse.

A developer has sold 28 acres in First State Crossing, a multiuse Claymont site that once housed a steel plant, and the buyer will build a 358,000-square-feet warehouse there.

First Industrial Realty Trust is planning a rear-load facility with 68 dock door positions, a 40-foot clear height and parking for 241 trailers and 289 cars. The land is on the west side of Philadelphia Pike, just south of Naamans Road.

“The building’s flexible design accommodates a single tenant or multiple users across a range of industries,” the announcement said.

A rendering accompanying the announcement calls the building “speculative,” meaning that no company has yet signed up for it.

“Our project offers efficient highway access to I-95 and I-495 and a strong local labor pool,” said John Hanlon, executive director for the Chicago-based First Industrial.

“We are excited to bring this state-of-the-art facility to serve businesses in this high-barrier market.”

A high-barrier market is one where high costs, limited resources or other obstacles make it difficult to compete.

First State Crossing is is being developed by Commercial Development Co. of St. Louis

“We understand there is high-demand for ready-to-occupy logistics facilities, and we are pleased to work alongside First Industrial to bring this project to Claymont,” said Stephen Collins, executive vice president at the privately held CDC.

CDC in 2015 bought the 425-acre site, which once housed Evraz Steel, for a mixed-use project. It sold the steel company’s 18,000-square-foot headquarters  and five acres to Gaudenzia, which provides substance use disorder treatment services in Claymont, Ellendale and Wilmington

“There are over 170 acres of development-ready land available, and we expect additional sale and lease announcements throughout 2023.”

Warehouses are a big trend now. Conditions during the pandemic accelerated the shift to online sales, and customers’ desire for fast delivery has increased the push for warehouses near population centers.

It’s interesting to see what these buildings are called. The announcement, for instance, first calls it an industrial distribution center. It later calls it a warehouse. Amazon likes to call its buildings fulfillment centers.

The First State Crossing warehouse is huge (it could hold more than 150 average-sized houses), but other warehouses are bigger.

The first big change in the site was the relocation of the Claymont train station, which had a single, frustrating road for access.

When the $70 million transit center opens in August, it will be the busiest in Delaware, with 44 trains per day.

CDC is in negotiations about donating 125 acres to become a park, Brett Sadler, executive director of the Claymont Renaissance Development Corp., told DelawareLive last year. Negotiations are continuing, he confirmed this week.

The construction value of the project is expected to exceed $1 billion, making it Delaware’s largest economic development project, according to Saddler.

The nearby site of the old Tri-State Mall is also being redeveloped, with owner KPR planning a 525,000-square-foot warehouse.