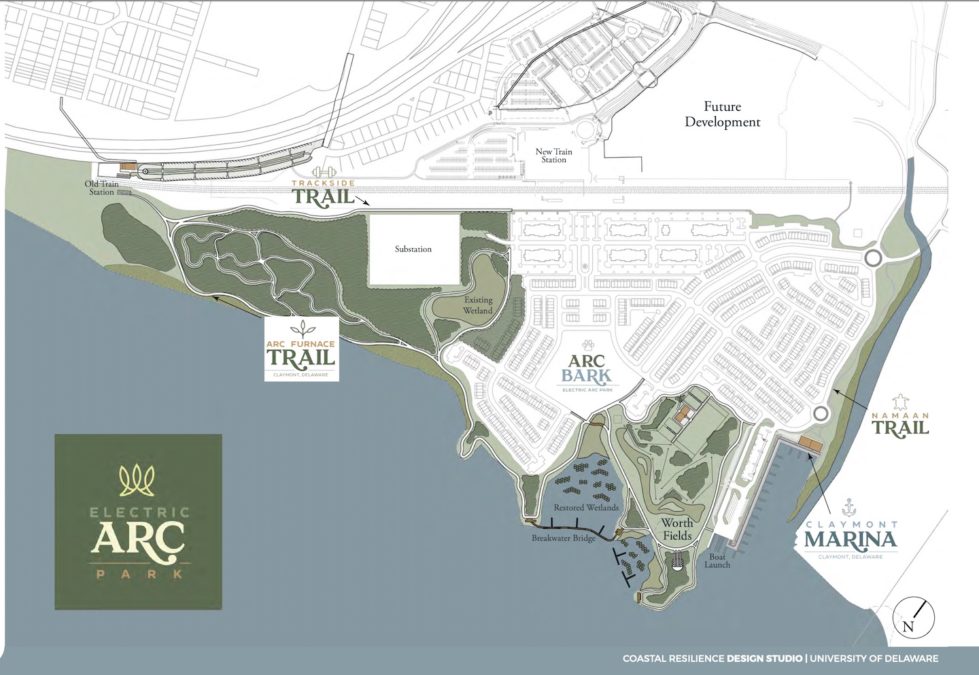 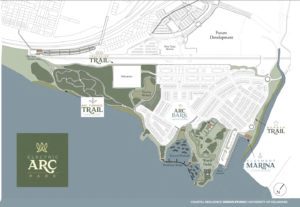 A marina, an amphitheater and 4.4 miles of trails are among the features suggested in a proposal for a large new park in Claymont.

“We have a team ready … to make it a first-rate amenity,” said Brett Saddler, executive director of the Claymont Renaissance Development Corp., referring to a group of Delawareans with expertise in the environment, recreation and government.

Two big hurdles: Money and a government agreeing to operate the park.

Saddler said the Commercial Development Co., the St. Louis developer that owns the site, is negotiating with New Castle County about donating 125 acres for the park.

“We remain committed to create a beautiful park on the Claymont waterfront, in collaboration with the developer and the state government,” New Castle County Executive Matt Meyer said. 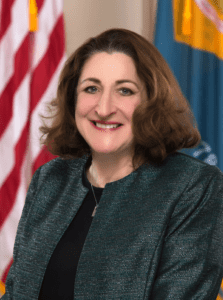 “There are many more details pending, and we continue to work through those details. This will ultimately be fantastic outdoor space for Claymont and for many families in Delaware and the greater Philadelphia area.”

Saddler said there were preliminary conversations with the office of Gov. John Carney and the Delaware Division of Natural Resources and Environmental Control, which runs state parks.

“The reaction we got from the state is that they were not interested in taking on any additional state parks,” Sadler said.

But, thanks to the support of Rep. Debra Heffernan, he said, the state is ready to allocate $1 million from the bond bill for preliminary engineering and design, once an agreement has been made for a county park.

He suggested it would take at least $15 million and many years to fully develop the park.

Of course, features might change from what’s depicted in a 60-page report commissioned from the Coastal Resilience Design Studio, a team of University of Delaware students that considered elements for park goers and ways to mitigate “disruptions from short-term hazardous events and long-term environmental changes.”

The site for almost a century was a steel mill, so mitigation has already involved contaminants in the soil, and the report also favors efforts, such as restoring wetlands, to reduce flooding and erosion. In the last 20 years, it has lost 6 acres of wetlands to erosion.

The park would be part of a 425-acre tract that Commercial Development bought (along with its “environmental liability,” it points out on its website).

So why would Commercial Development devote even more land instead of developing it?

A representative for Commercial Development did not respond to a request for comment, but Saddler said “it creates more value and attractiveness for the rest of the project.”

First State Crossing would be not just a generic office park or subdivision but a place where, as the mantra goes, people live, work and play.

The park is called Electric Arc Park, a nod to a process used at the steel mill, and the Worth Fields and Phoenix Amphitheater refer to one-time mill owners.

Electric Arc Park would stretch along the Delaware River from Naamans Creek to the current railroad station.

It would be larger than Fox Point State Park (108 acres along the river, two miles to the south) and smaller than the county’s Carousel Park and Equestrian Center (200 acres).

The study also envisions basketball, tennis and pickleball courts; disc golf; a multi-use field; a trail scattered with fitness equipment; a bark park; restrooms in the current station; a boardwalk; and a 7,700-square -foot marina building that could house a restaurant or community rec center.