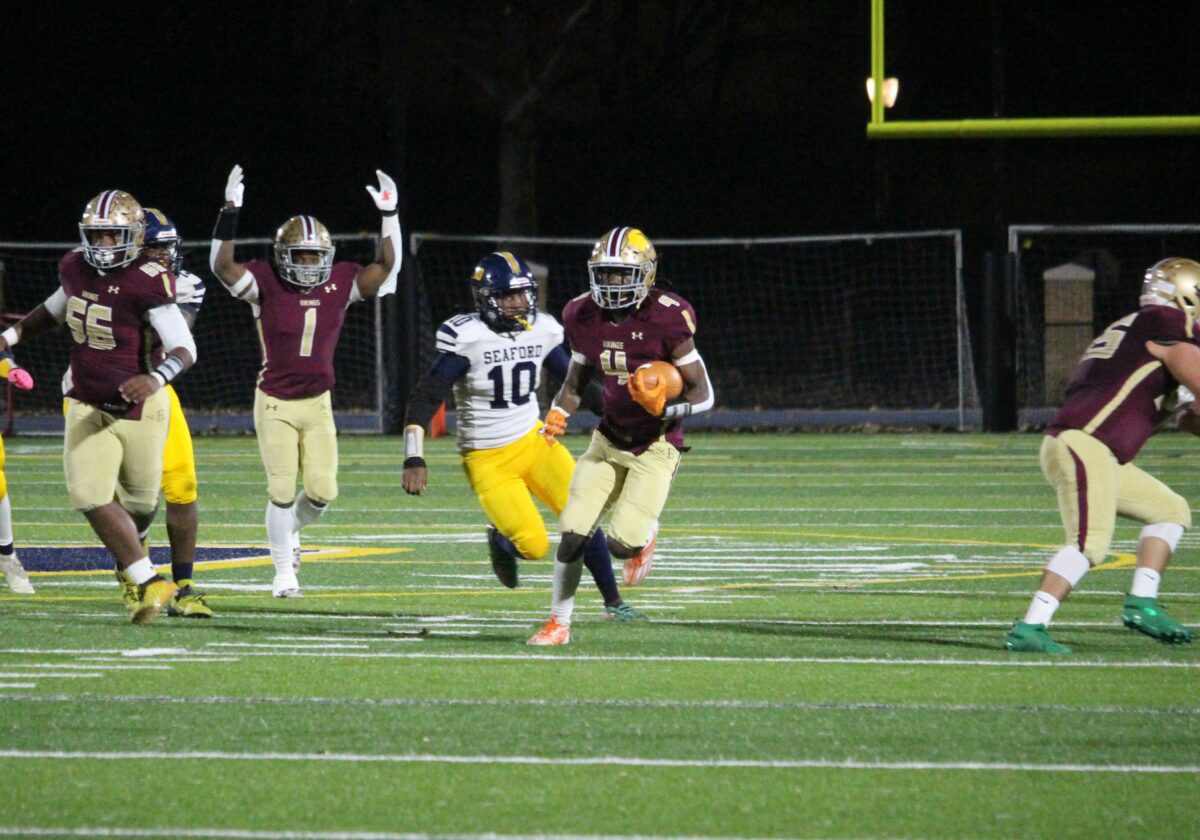 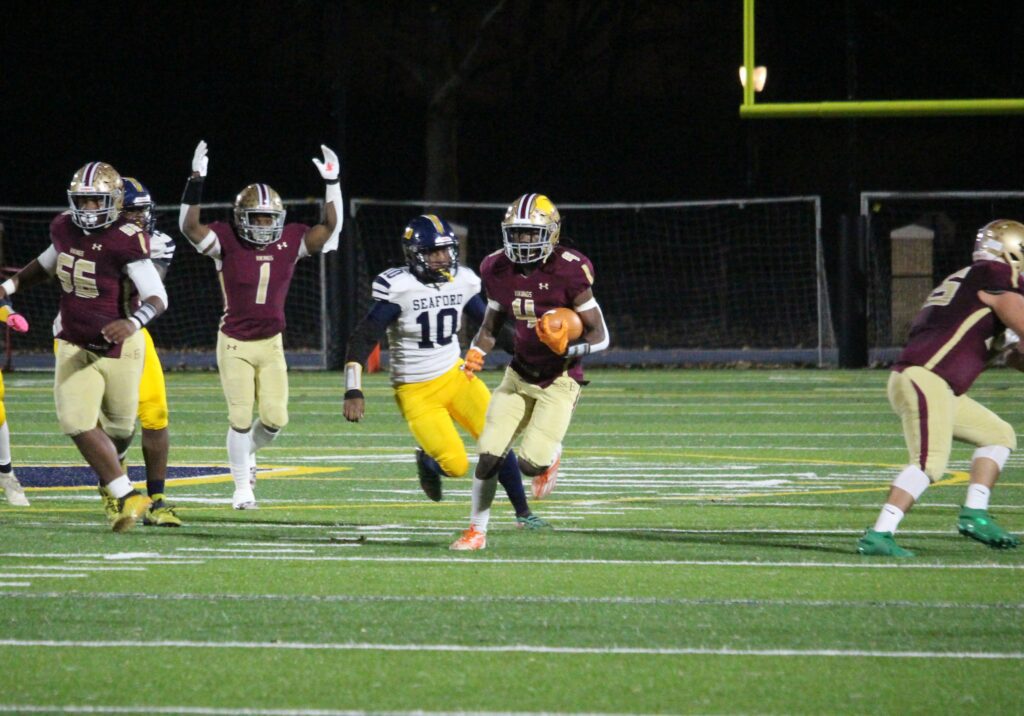 St. Elizabeth got nearly 500 yards and five touchdowns from their dynamic running back duo of Quasim Benson and Chris Caracter, as the Vikings outlasted Seaford, 46-35, in a DIAA Class 1A semifinal Saturday night at Abessinio Stadium.

The second-seeded Vikings will meet the top seed, Laurel, on December 10th at Delaware Stadium. It is a rematch of last year’s 1A title game, won by the Bulldogs, 28-14.

Benson did not play a whole lot last week against Indian River, but he and Caracter looked just fine against the Blue Jays. Caracter scored first, going 59 yards up the middle early in the first. After a Seaford field goal, Benson streaked 69 yards for the first of his four scores.

The defenses stepped up after that, with both teams forcing turnovers on downs or punts into the second quarter. But Caracter could not be stopped with about nine minutes remaining in the half. He carried the ball 47 yards to the end zone to make it 20-3, but in what would become a theme for the night, Seaford answered quickly. Three plays into their next drive, the Blue Jays watched quarterback Careen Bolden hit a wide-open Tre’von-Keith Paulson for a 58-yard TD.

Each team would score once more in the first half. Benson covered 88 yards in two plays for the Vikings, only to see Bolden return the ensuing kickoff 70 yards for the score.

Seaford got as close as four points in the third when Jazonte Levan — who carried 24 times for 217 yards — ran 35 yards on the Blue Jays’ first possession of the second half. But that was the beginning of the craziness. Benson scored to restore the double-digit lead, but Levan got that back.

The game’s most fortuitous play came a bit later. Benson took a handoff and gave it to reversing Caracter. He ran the ball 59 yards to the Seaford 20, only to have it knocked loose by a defender. The Vikings’ Gavin Andrews picked up the loose ball at the 14 and ran the rest of the way for a touchdown. It was 46-29 St. E’s.

The Blue Jays got one more long touchdown pass, but they were unable to get the ball back from the Vikings.