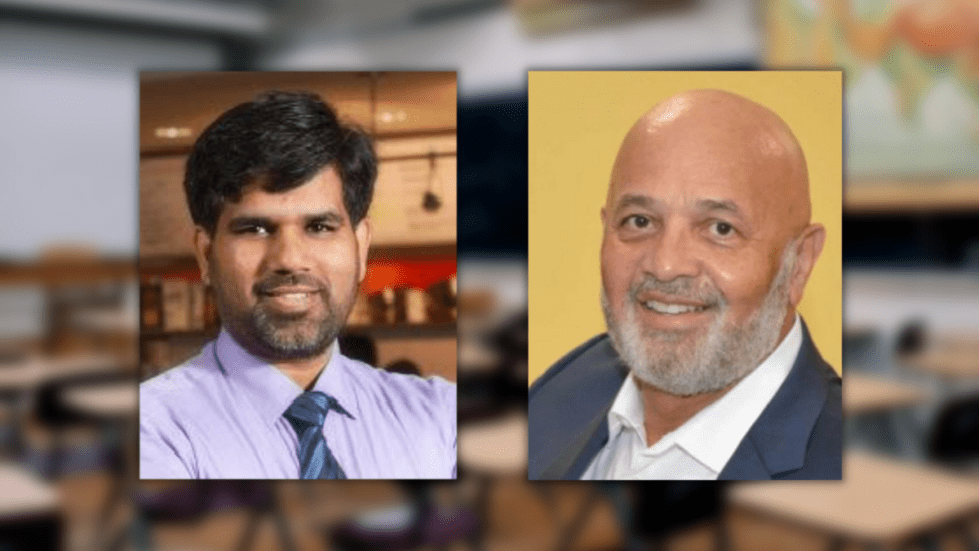 Christina School District Board member Naveed Baqir and Donald Patton want to readdress the vote to put a moratorium on new or expanding charter schools.

Two Christina School Board members have asked the board to revisit its request for a moratorium on new charter schools in the state.

Dr. Naveed Baqir, who voted against the moratorium, will speak out against it during Tuesday’s board meeting.

Board member Donald Patton, who also voted against the moratorium, plans to provide support for Baqir during his presentation.

Patton said he believes that the motion to pass it was rooted in the district’s fear of losing students to charter schools. He said 7,434 students have left Christina School District over the past year to attend school elsewhere.

Efforts were unsuccessful to reach other school members or the system’s public information officer.

Four members voted Feb. 8 to pass the moratorium, which would also prohibit the expansion of existing charter schools. Baqir and Patton voted against it. One member was not present.

Baqir believes the board is sending the message that if they had their way, they would shut down other schools.

“It is important that we compete on the merit of our own accomplishments and achievements,” said Baqir. “We aren’t perfect. We have deficiencies and we can work on them.”

For one thing, he said, Christina’s School Board’s vote means nothing unless a legislator adopts their statewide moratorium request and turns it into a bill that passes the Legislature and is signed by the governor. That has not happened in the month since their vote.

“I just don’t think that the Board of Education is a platform to express dissatisfaction with charters,” he said, “or seeing charters as the only problem with the education system that we have in the state of Delaware.”

He cited charter schools’ high level of academic achievement and the growing language inclusivity as points in their favor.

Baqir said the moratorium is the wrong focus for the Board when there are larger problems, including segregation and education equality.

Those who voted to temporarily prohibit the expansion and creation of charter schools pointed to the need for the school district to see how Gov. John Carney’s proposed Wilmington Learning collaborative and others, will develop.

That program is asking three school districts, including Christina, that have a small number of city students to form a program that will oversee only the Wilmington students in their districts.

Many city students have far different backgrounds and experiences than the rest of their suburban peers. When a district has to make program decisions, Carney has said, they must make them for the mainstream, which means programs and rules often skew suburban.

The board members who voted for the moratorium also want districts to be able to better understand improvement proposals from the Redding Consortium for Equal Education. That group wants to help Delaware’s poor and disadvantaged students.

He supports the learning collaborative, but would like to see it also include the high school level rather than focusing only on kindergarten through eighth grade.

“For the last 40 years, every single school district in the city of Wilmington had an opportunity to fix the problems and didn’t,” he said.

Patton’s distaste for the moratorium stems from his belief that the only people who have any right to tell a child where to go to school are his/her parents.

“I am totally opposed to anything that impedes a parent’s decision to put their kids at a place where they believe their child has the best shot at success,” Patton said.

He said the board is putting up a “facade” and acting like “dictators” to conceal the district’s real concern: students exiting Christina School District to attend charters.

“We are ruffling feathers of people who have already chosen where they want their kid to go,” said Patton. “We are saying to them that their choice is wrong and we are acting like we know what’s best for them and their children.”

The Christina meeting will be livestreamed here.