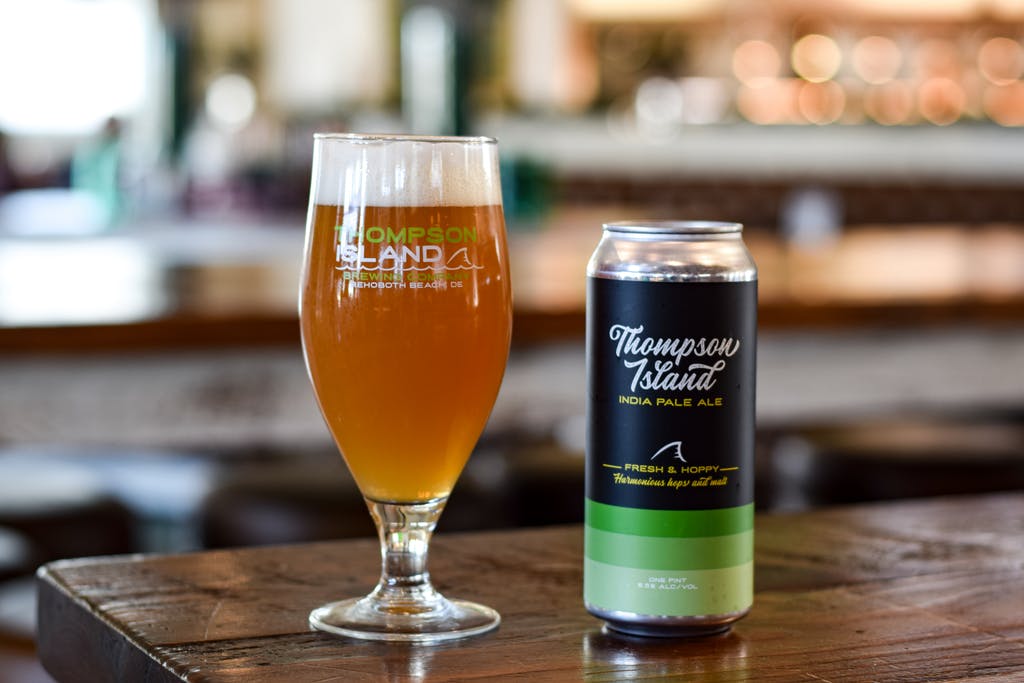 Russell Hainline, co-founder of The Beer Travel Guide, said there was a lot of competition for the IPA article.

“We drank several hundred different IPAs last year,” he said. “It’s a credit to their brewery that, in a year in which we had so many delicious IPAs, theirs still stood out from the pack.” Read the article here.

The Rehoboth Brewery was delighted.

“It is an honor to have one of our beers recognized on a list including brewing icons like Russian River and Bissel Brothers,” said Matt Patton, director of operations for SoDel Concepts, which owns Thompson Island Brewing Coy.

Thompson Island is part of the growing craft brewery industry in Delaware. According to the national Brewers Association, Delaware produced 317,328 barrels of craft beer through 27 craft breweries in 2019.

Those numbers put little old Delaware as No. 25 in the country for breweries per capita.

“Delaware’s craft beer industry continues to be an integral part of the state’s tourism efforts, contributing a $430 Million economic impact to the state’s economy according to the National Brewers Association,” said Liz Keller, director of the Delaware Tourism Office.

The office sponsors “Delaware On Tap,” a mobile app that maps more than 30 wineries, distilleries, meaderies and breweries, such as Thompson Island Brewing Co., she said.

“Even though our IPA is the best-selling beer at the restaurant, it rarely receives the accolades of our more limited releases,” explained Patton. “This is certainly an achievement for our brewing team.”

This announcement comes two months after the Thompson Island IPA won a gold medal for the best IPA in the world by the US Open Beer Championships and a bronze for its Chocolate beer Glazed and Confused.

Hainline founded the website with his wife, Emily, because they like traveling and they like beer. Because they tried so many different beers in different places, people started asking them for recommendations.

He said they would like to try more brews from Delaware. They received several Thompson Island Brewing Co. beverages from a follower.

The group does not receive compensation from breweries to write about different products.

“If we love the beer,” Hainline said, “we’ll write about it.”