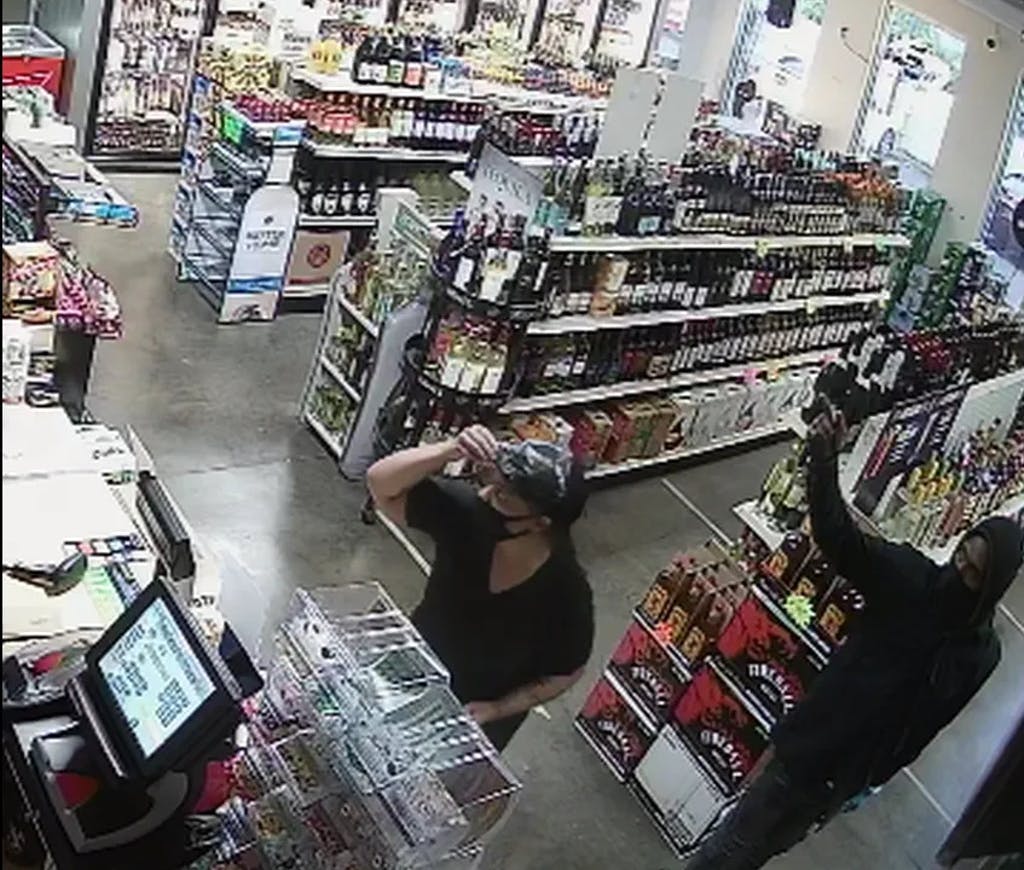 Newark police released this photo of the incident.

It was a bad bet by two people who stole the lottery ticket display from a Newark liquor store.

Although the display included instant tickets, which can be instantly cashed, the tickets were quickly marked as stolen and invalidated — and are now worthless.

“Even if they got out, they wouldn’t be able to cash them,” a Delaware Lottery official explained.

The theft occurred about 6:15 p.m. Friday at the Dash Discount Liquors on Elkton Road.

Police described one as a “black male, tall, thin and wearing a black hooded sweatshirt, tan boots lined with fur and a blue glove.” The other suspect is white or hispanic with tattoos on her left arm.

Newark police characterized the case as a felony theft, meaning what was stolen was worth more than $1,500. Anyone with tips is asked to reach out to police officer Robert Young at 302-366-7100 ext. 3588 or [email protected].