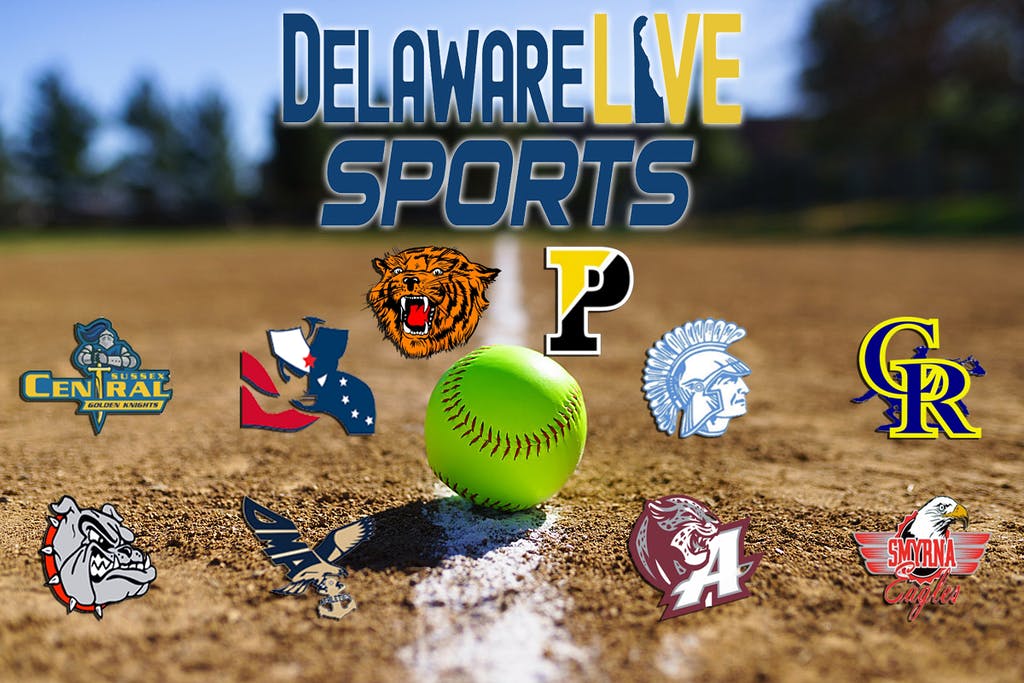 A gusty finish to the Month of April turned into sun-splashed softball diamonds around the state as seven of the top 10 teams were in action Saturday.

Top ranked Sussex Central blanked Newark Charter 11-0 behind the pitching of freshman sensation Madge Layfield to improve to 13-1 on the season. Layfield recorded 12 strikeouts in five innings of work, allowed just three hits and no walks.

Offensively the Golden Knights were led by McKenna Boyle with three hits and tjree RBIs, and Kate Evick with a home run, two hits and three RBIs as the team had a total of 15 hits. Sussex Central travels to 7th ranked Sussex Tech Tuesday for a 4:15 start.

Sixth ranked Smyrna traveled to Middletown to face the Appo Jags and lost in extra innings 3-2. The Eagles scored the first runs of the game on a double by Kalissa Andruzzi and an RBI single by Taylor Lipkins in the 3rd inning, then increased the lead to 2-0 in the 4th when Makayla Brantley reached on an error, and scored on a single by Sydney Eihinger.

The Jags scored in their half of the 4th as Maddie Olivas drew a leadoff walk, was subbed-out for pinch runner Brianna Russo who came home on a 2-out single by Lilly Papellas. Appo would tie the game in the 6th inning on a single by pitcher Hailey Watlington, 2 Smyrna errors and a groundball out sending home the tying run.

Then Appo rallied with 2 outs in the 8th inning when Olivia Marinucci was hit-by-pitch, advanced to third on a single by Papellas and scored the winning run on a walk-off single to center by Alexia Fitzgerald. Both teams have records of 9-4. Smyrna hosts #8 Caesar Rodney Tuesday while Appo hosts Mount Pleasant. 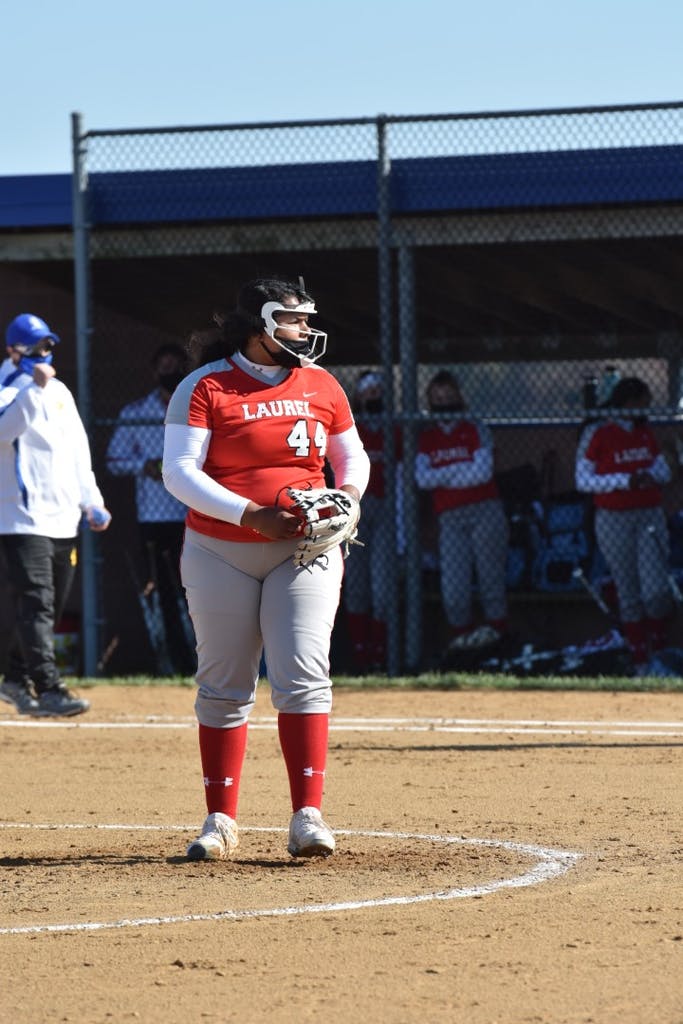 #2 DMA lost to #5 Laurel at Midway 1-0 in a pitcher’s duel. Seahawks pitcher Graceyn Frost struck out 13, issued one walk and allowed just 2 hits. Her counterpart Kylee Hill of Laurel recorded 8 strikeouts and also allowed just 2 hits. The only run of the game was unearned when Peyton Givans reached on an error to start the 5th inning. She came home on a triple by Carlie Venables.

The Seahawks mounted a rally in the 7th inning with one out on a hit by Julia Farris and 2 walks, but Hill got a strike out and ended the game on a fielder’s choice ground ball to 3rd. DMA falls to 10-2 with the loss and will face 4th ranked Caravel Monday night. You can watch the live stream on Delaware Live Sports. The Laurel Bulldogs improved to 12-3 with the win and face #10 Lake Forest Tuesday.

The #8 and #10 teams squared off in Camden as the Caesar Rodney Riders outscored 10th ranked Lake Forest 5-1 as Peyton Shields struck out 7, allowing one walk and 6 hits for the win. The Spartans’ Payten Moore struck out 8 and allowed just 4 hits in the loss.

The game was scoreless thru five innings when CR plated all 5 of their runs in the 6th frame on 3 singles, a walk and 2 errors. Jessica Reed had an RBI single for the Spartans in the top of the 7th. The Riders improved to 12-2 and will face Smyrna Tuesday while Lake falls to 7-5.

Finally, the #9 team in our poll (Delmar), made the most of 18 hits to score 13 runs in a 13-3 win over Padua. The game was tied 3-3 thru four innings, but the Wildcats exploded for 6 runs in the 5th on a home run by Josie Holloman, and an “inside-the-park” home run from Amber Cooper. Delmar added four more runs in the 6th inning for the final score.

It was a super Saturday of softball action involving the top ten teams to kick off the month of May.