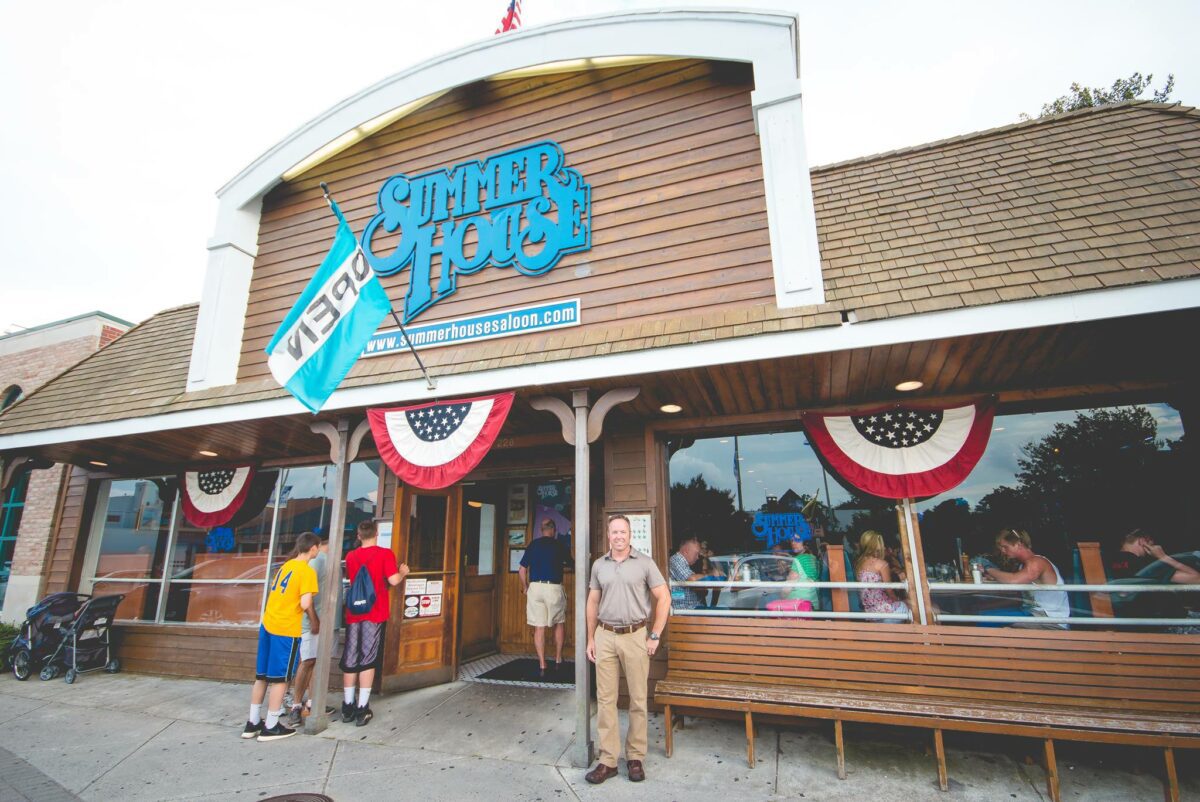 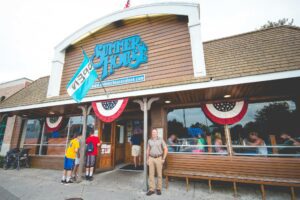 Summer House has been sold to Regan Derrickson, a former doorman — and the owner of Nalu Surf Bar & Grill.

When Regan Derrickson was 21, he left work at the SandCastle Motel and crossed Rehoboth Avenue for his doorman shift at the Summer House, where he checked patrons’ identification.

It was a fast-paced job.

The restaurant, which had opened in 1977, was a happening nightspot after 9 p.m.

The establishment personified the beach vibe, and it was the inspiration behind Nalu Surf Bar & Grill, the fun tropical-themed eatery that Derrickson and wife Kim own in Dewey Beach and Rehoboth.

Now things have come full circle for Derrickson. This month, he purchased the iconic Summer House. 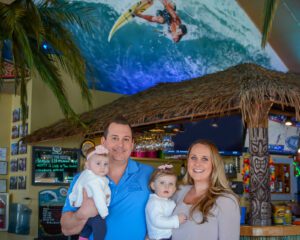 When the Summer House opened in the late 1970s, it was a “fern bar” with gleaming wood trim and upscale cuisine. Indeed, Morning News critic Otto Dekom called it “elegant.”

However, even near the start, the restaurant had a split personality.

RELATED STORY: Falafels seem to be having a moment in Delaware

The libation was a riff on the Long Island Iced Tea, and bartenders — who were area celebrities — also mixed boozy ice cream-based drinks.

By the 1990s, the Summer House faced heavy competition from new restaurants; some said the food quality had slipped.

The bar remained popular, and Eric Sugrue, who’d worked in the restaurant, saw the possibilities.

In 2006, he and his partners purchased the restaurant from the Krick family, and Sugrue’s Big Fish Restaurant Group took over operations. 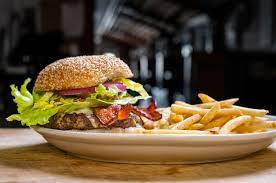 Summer House will keep its half-priced burger night on Mondays and soon bring back Moonie’s Iced Teas on Tuesday.

When a real estate agent approached Sugrue with a query from a Baltimore-based restaurant group, Sugrue wasn’t interested.

The company wanted to install one of its concepts in the spot.

“I said, ‘Make me an offer,’” he told the Realtor. They finally agreed on an amount, but the group later walked away.

Meanwhile, Sugrue’s partner in the land deal wanted to sell.

Fortunately, the Realtor had another buyer for the business and the land: Derrickson, who was happy to purchase the whole kit and caboodle.

He said that the opportunity to purchase a four-decade-old legacy business, building and the land made Derrickson “levitate” with positivity.

“We had a really good run for 16 years, and it’s in good hands,” Sugrue says. “Regan is going to do a phenomenal job with it. I’m really happy that it went to a local.” 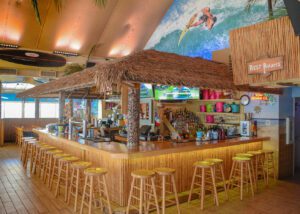 When longtime customers heard about the sale, many had one concern: Would Derrickson do away with the popular half-price burger night on Mondays?

“We’re keeping everything that you love,” Derrickson vowed. That includes the return of the iced teas on Tuesdays.

But that doesn’t mean Derrickson is sticking with the status quo.

“We’re taking a more upscale approach,” says the new owner, who pictures steaks and martinis. He is turning the back bar into a business within a business called The Libation Room, which will feature cocktails and small plates.

As for the rest of the space, Derrickson said workers are “shining it up like a new penny.”

In Rehoboth, everything old can be new again.

That will make hundreds of fans very happy.

The restaurant should reopen late this year.