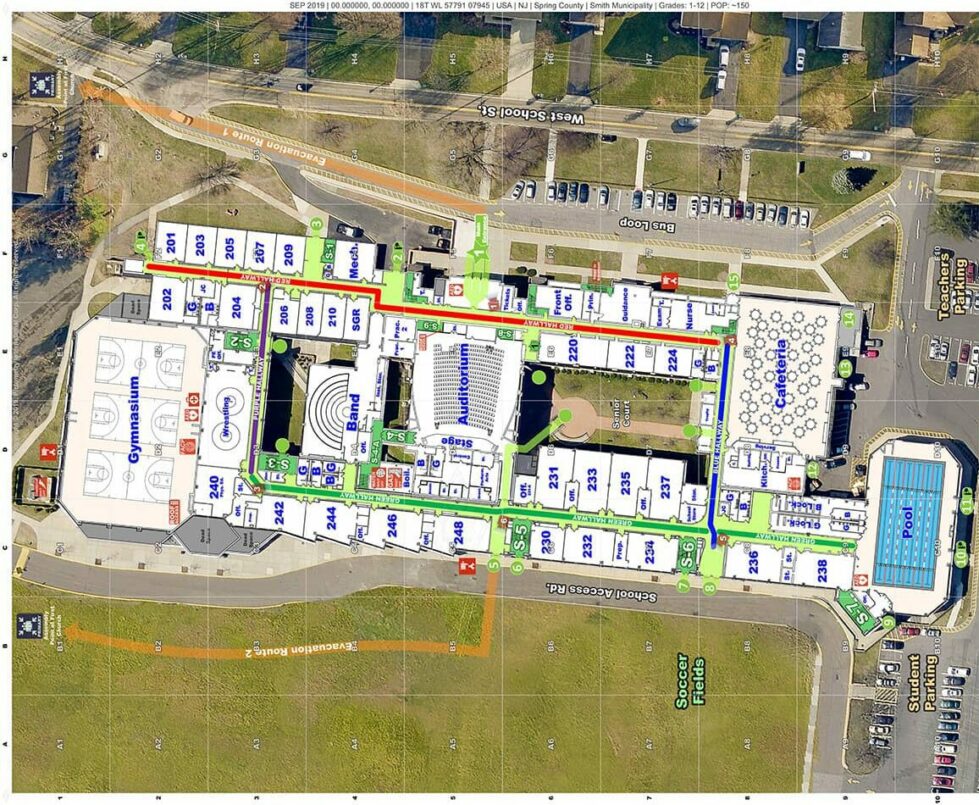 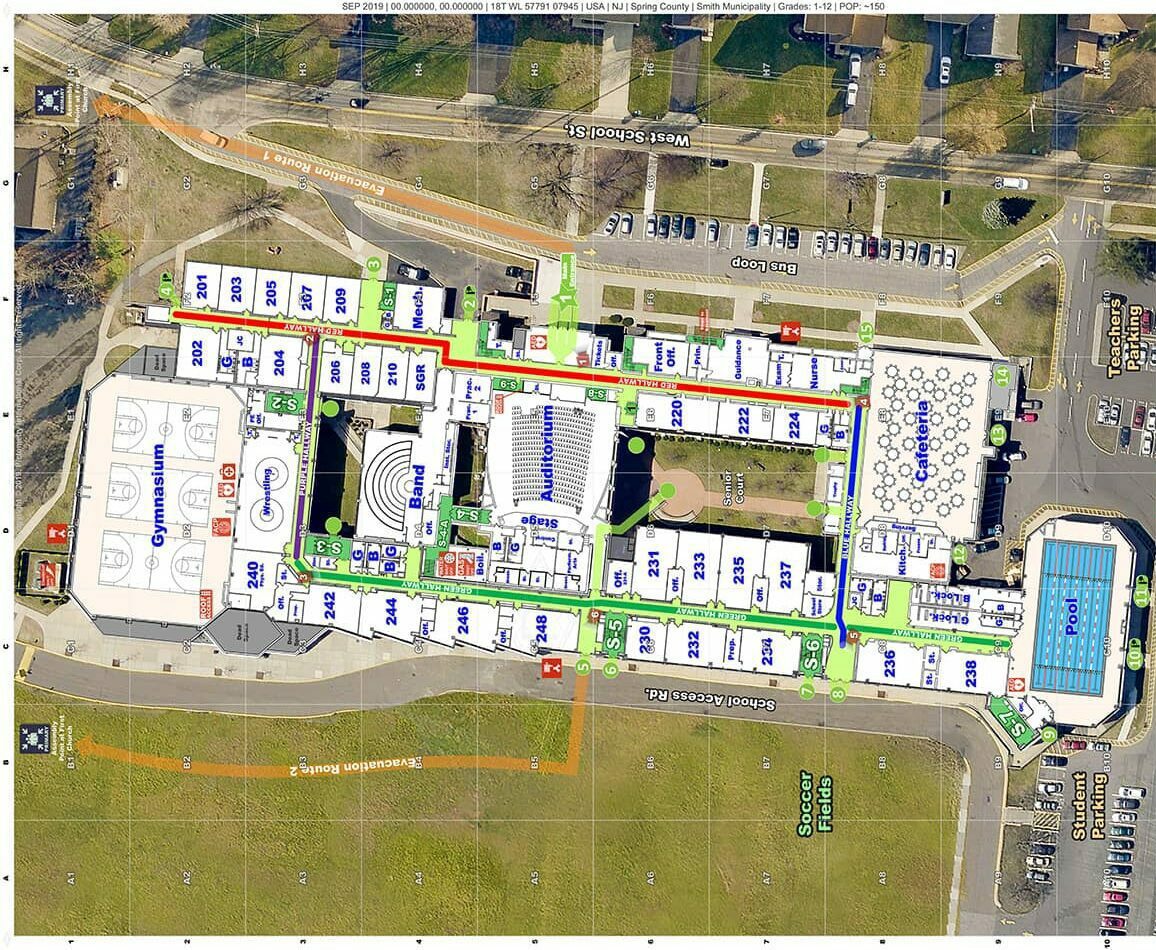 237 schools will receive digitalized maps like this demo to prepare for school emergencies.

As part of its Comprehensive School Safety Program, the Delaware Emergency Management Agency will use the money to create accurate and uniform maps of the state’s public and charter schools.

The maps will enable law enforcement to react swiftly in unfamiliar environments.

“The digital maps will allow responders and schools to plan accordingly for the layout of their building, such as knowing where the rooms and structures are and where to shelter-in-place,” said Doug Scheer, school safety planner at DEMA.

They also allow schools to plot their first aid kits, defibrillators and cameras, Scheer said, and anything else that might be needed in the event of an emergency.

The New Jersey firm specializes in collecting and digitizing school building blueprints and making them available to first responders. According to DEMA, Collaborative Response Graphics are built upon the same tactical and operational framework used by the military.

They are designed with high-resolution imagery of the entire campus and accurate labeling for parking areas, athletic fields, roads, and neighboring properties.

In total, 237 schools will be mapped, Scheer said.

“Once those maps are all updated and approved, we’re going to load them into each school’s portal so that it will have both the aerial map and floor plan,” Scheer said. “We’ll then provide them to all of our police, fire and dispatch centers in advance, which is something they’ve never had the opportunity to have before.”

DEMA will also provide the maps to the Division of Public Health for their sheltering plans in the event of a hurricane or tornado, since many school buildings are designated shelters.

“The final thing is our radiological emergency preparedness plan, which deals with schools that are within a 10-mile radius of the nuclear generating station in Salem, New Jersey,” Scheer said.

The maps will be important to that plan because schools within the 10-mile radius must be evacuated if an accident occurs at the nuclear plant.

Scheer said several agencies plan to conduct periodic walk-throughs and campus visits to ensure the maps are up to date.

“These digital blueprints and maps represent a significant, tangible investment in school safety and security throughout Delaware,” said Safety and Homeland Security Secretary Nathaniel McQueen in a press release.

The Delaware General Assembly provided funding for the project as part of a $10 million allocation to the School Safety and Security Fund, which was originally established in 2018.

Scheer expects the project to take between six and eight months.