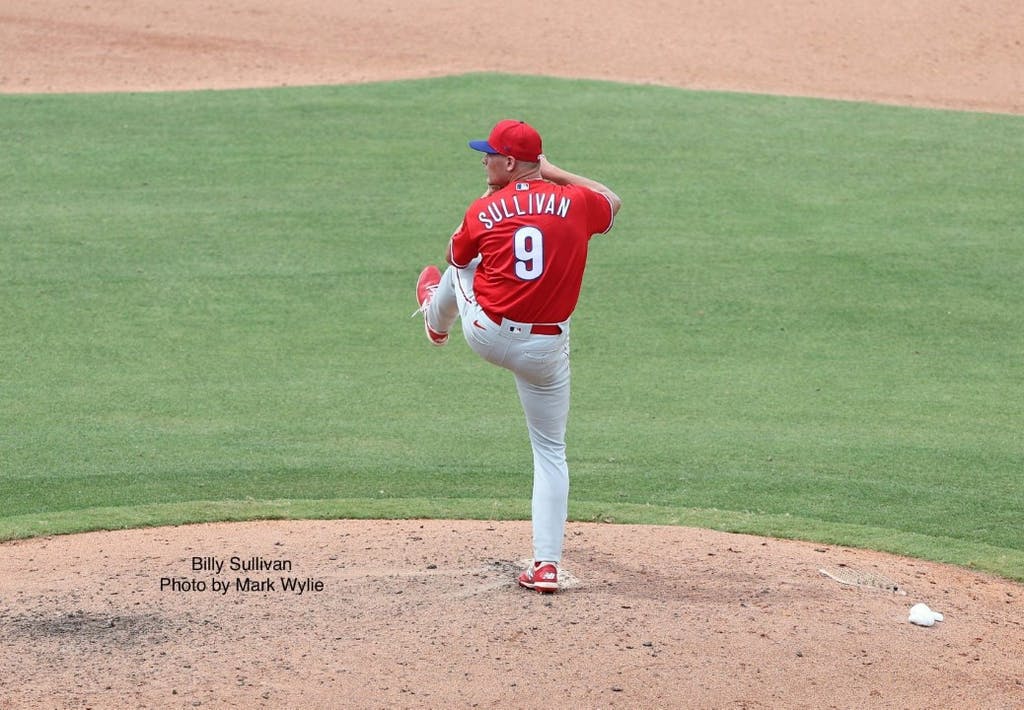 Those two words say so much for former St. Mark’s Spartan and Delaware Blue Hen pitcher, Billy Sullivan, when describing the anticipation he feels for his first season in professional baseball.

“My dad tells me all the time, it’s still the same game that I’ve been playing since I was 4 years old,” Sullivan said. “Even though it’s my job now, I’m still playing for the love of the game.  Living the dream.” 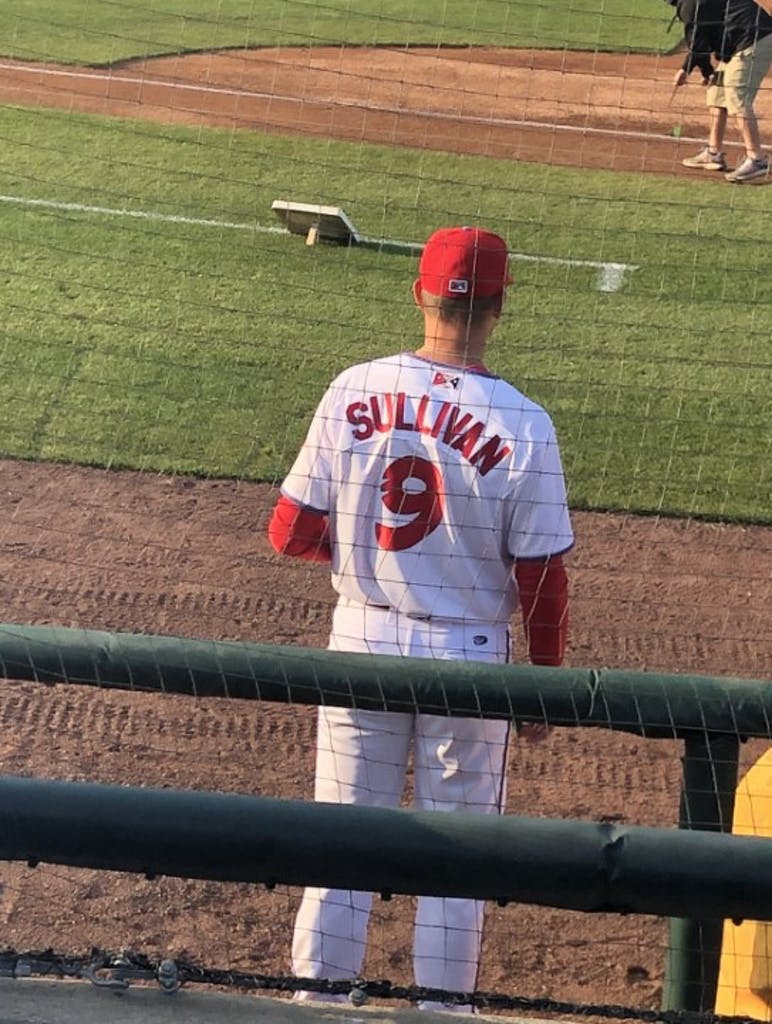 Sullivan will be a part of the re-emergence of Minor League Baseball in 2021. He will begin his year with the Jersey Shore BlueClaws, a High-A affiliate of the Philadelphia Phillies.

His excitement is warranted and shared by those around him and anybody who followed his career.

Fans will have a chance to see Sullivan return to the First State, as the BlueClaws will make a May 11-16 visit to Frawley Stadium to take on the Wilmington Blue Rocks.

Frawley Stadium has a special place in Billy’s heart.

“It’s cool to be back there where I played a ton of great games in high school and won a State Championship (2016),” Sullivan said. “I’ve had a bunch of people text me for tickets, so it will be great to see some familiar faces … To be back on that field in a professional uniform, it is going to be really fun.”

Sullivan was signed by the Phillies as an undrafted signee after the peculiar 2020 MLB Draft, which only saw five rounds of draft picks selected, opposed to the typical 40-round event.

Last year, the right-hander was limited with his interactions in the organization and had to work on his craft individually, due to the cancellation of all Minor League Baseball games.

“It was a grind of an off-season,” Sullivan said, “but it was still a good off-season with not being able to play.” 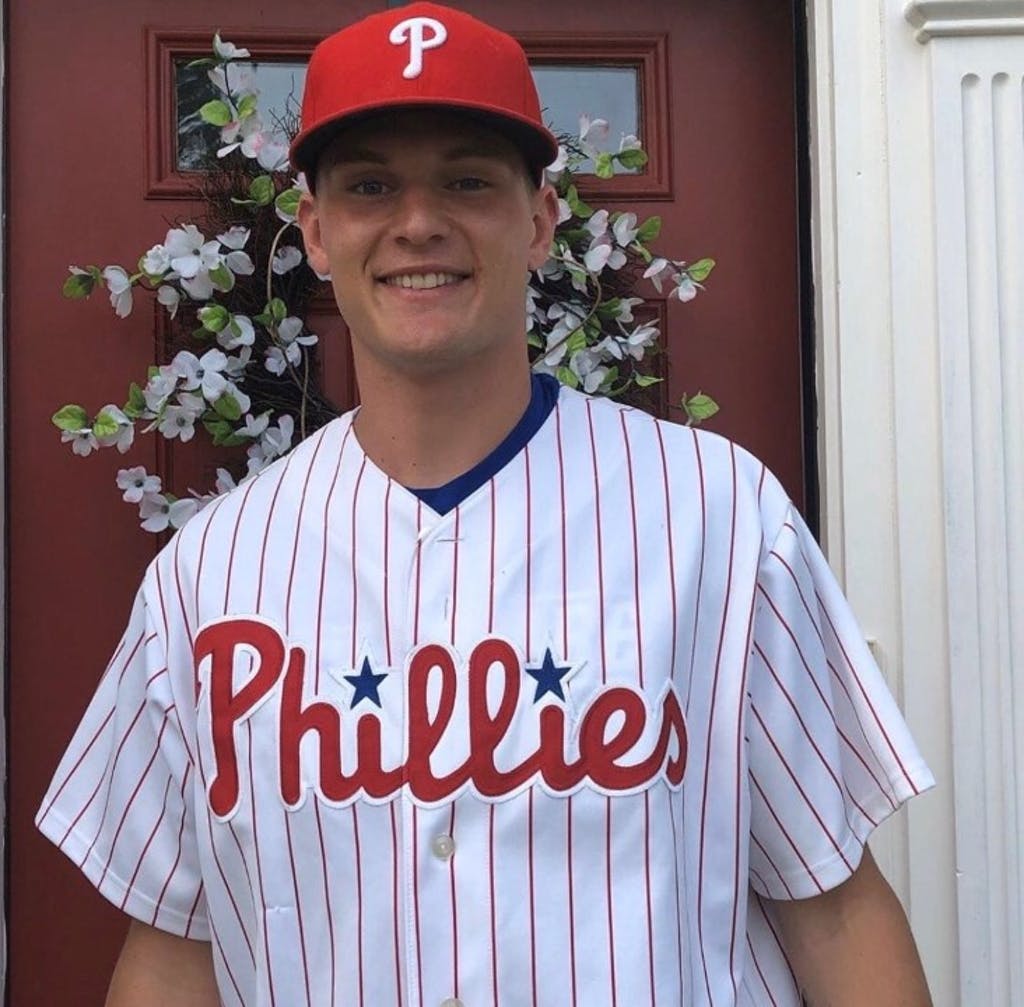 Billy Sullivan after signing with the Philadelphia Phillies

This season was the first true professional experience for Billy Sullivan.  His first spring training, and his first exposure to any pro-camp.

“A typical day would see us get to the field, grab a bite to eat and start our soft tissue prep,” he said. That’s similar to pitcher specific stretching, somethingimportant for injury prevention with young arms.

“You might get some work done in the training room, then it’s time to get on the field and throw,” Sullivan said. “We’ve been kind of taking it slow on throwing intensity as of late with games beginning this week, but that’s kind of a day in the life so far.”

The Delaware native will be playing with some of the Phillies top prospects, according to MLB.com, during his tenure with Lakewood.   Some of those top 30 players include power hitting outfielder Jhailyn Ortiz (No. 23), 2019 first round pick Bryson Stott (No. 3), and promising catcher Logan O’Hoppe (No. 27).

Sullivan, historically a dominant starting pitcher, has been assigned to start his career off in the bullpen.  This has become a trend for many hard-throwing pitchers, especially those with nasty off-speed pitches like Sullivan who become extremely valuable to teams in late-game situations.

While coming into a game for only three, maybe four outs, is a bit different than starting a game from the first inning, Sullivan is keeping his same mental approach that has brought him success.

“Not much has changed for me,” he said. “I’m keeping the same mindset and trying to make the most of my opportunity. When I get out there, the goal is still to get three outs, so that mental approach stays the same.”

The biggest adjustment he’s had to make in his young professional career comes into play in part because of the move to the bullpen.

“I’m throwing more,” said Sullivan. “I’m coming from college where I’d throw once a wee, to now having to throw three, four days a week because of the move. That has been an adjustment for sure.” 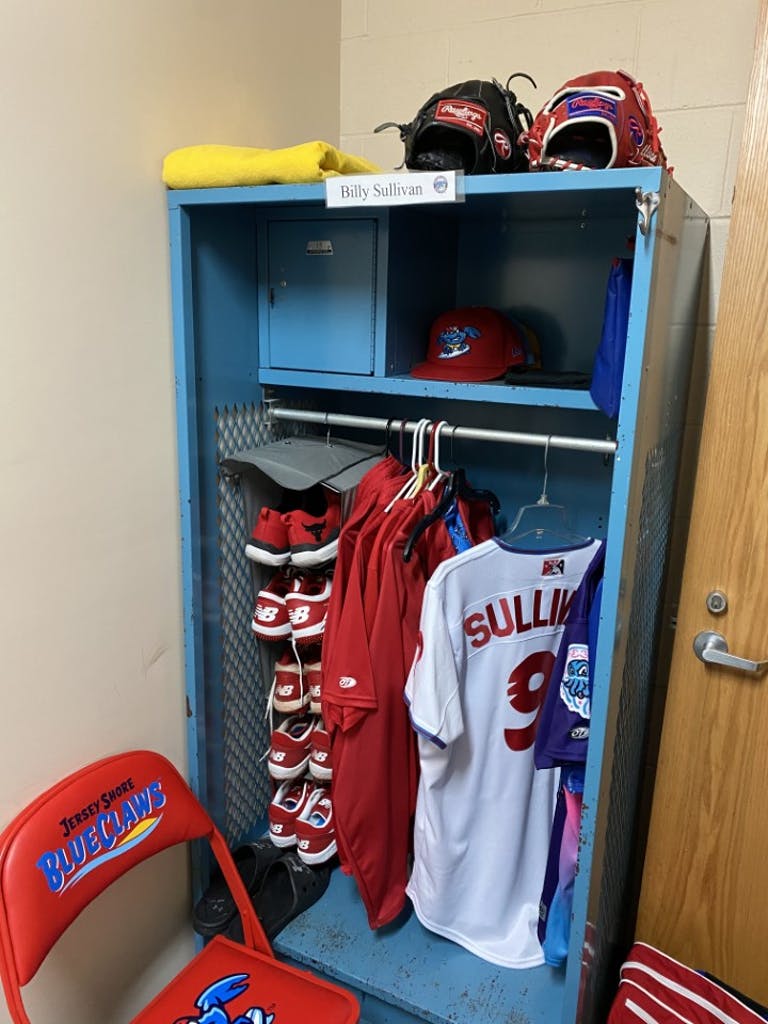 The season for Sullivan and the Jersey Shore BlueClaws began Tuesday, May 4, with game 1 of 120 against the Hudson Valley Renegades.

The season will be interesting as COVID-19 precautions are still a part of Minor League Baseball. The BlueClaws are slated to play six game series all year long, with the only off days falling every Monday, meaning a playoff series atmosphere every week.

That will be a challenge for both pitchers and batters.

If you aren’t ready or can’t make a visit to a ball park, the BlueClaws games on MiLB for a monthly or annual subscription.

In 2021, the minor league system will work differently than years past and will be easier to understand.

The Phillies will have a total of four minor league teams, Class AAA (Lehigh Valley IronPigs), Class AA (Reading Fightin’ Phils), High A (Jersey Shore BlueClaws) and Low A (Clearwater Threshers), with AAA being the highest affiliate before reaching the Big Club.