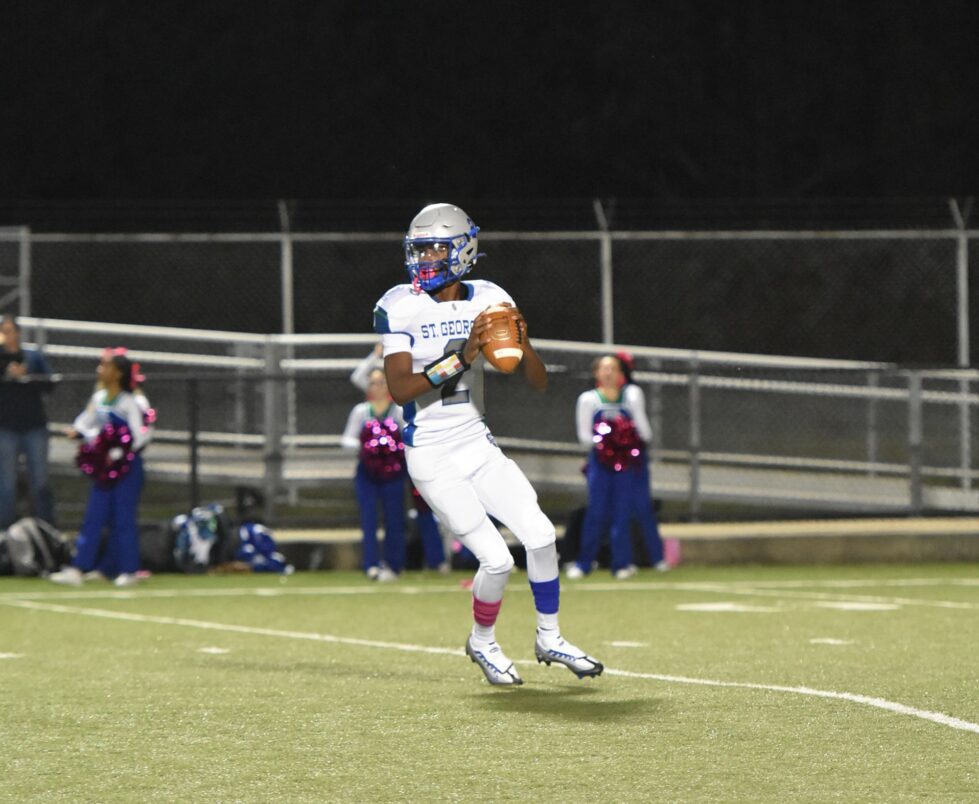 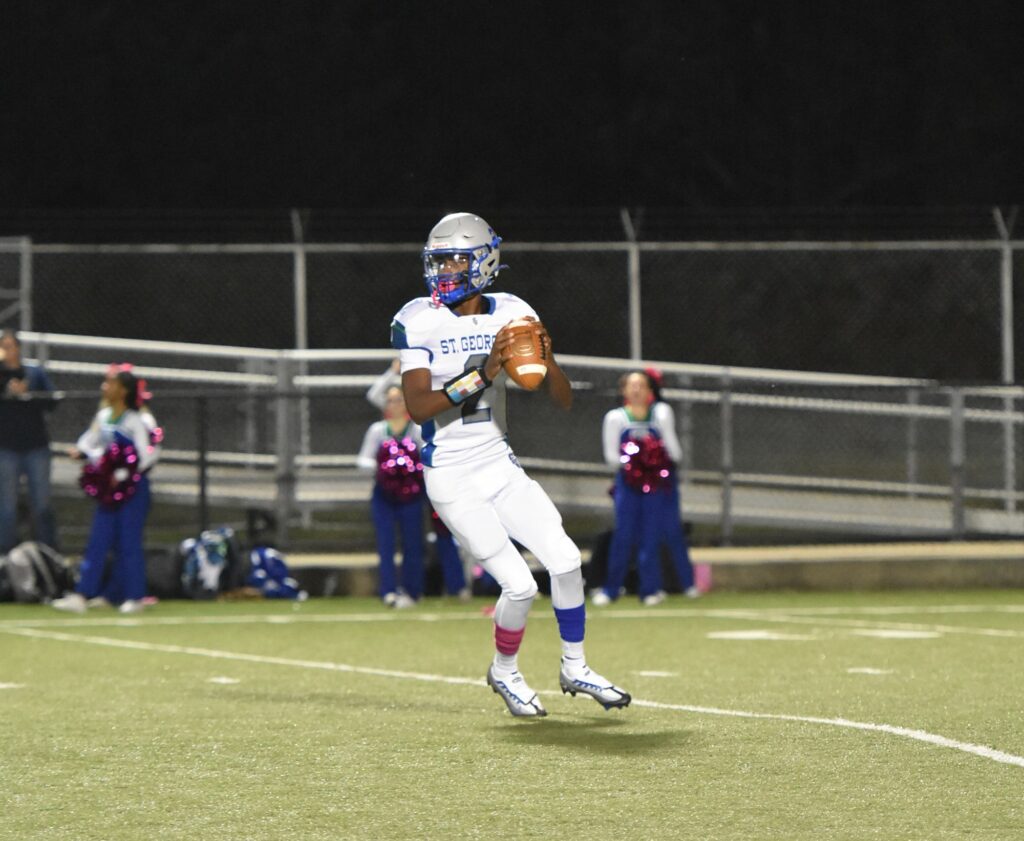 It was a highly anticipated 2 vs. 7 matchup between the 4-6 St. Georges Hawks and the 6-4 Appoquinimink Jaguars.  Both teams rounded into form with strong second halves of the season and were perhaps coming into this game playing their best football.

Appo was riding high coming off an impressive comeback effort against Salesianum last week to earn a District regular season championship and earning the 2nd seed in the DIAA playoffs.  They would yet again need to mount a comeback in this game if they wanted to advance.

The game started off with four consecutive 4th down stops by each team’s defense and the tone was set that this was going to be a defensive battle.  Appo, who developed a strong pass game in the second half of the season behind freshman quarterback Greg Nielson, reverted back to the Run-DMC (Daniel McConomy) show in the first half, with McConomy carrying the ball 21 times for 64 yards in the first half.  Nielson only attempted 5 passes in the first half, one of which was intercepted.  The Hawks had a tremendous defensive game plan, key on McConomy, and stop the inside running game behind Appo’s strong offensive line.  They did just that.

The only scoring of the half was an opportunistic punt return for a touchdown by sophomore speedster Reggie Lea of St. Georges.  With only 2 minutes remaining in the first half, Jaguar punter, Mason Reinhart, punted the ball that took a bounce at the 28-yard line of the Hawks, yet nobody seemed to be in a hurry to down the football.  Lea recognized that if he ran up and fielded it on a bounce, there was nobody in front of him and he did just that.  Lea covered 69 yards in just under 8 seconds to break the scoring open, 7-0.   The score would stand until halftime.

The second half would begin with a Jaguar possession.  On the second play from scrimmage, Nielson was intercepted by Emory Womack which would give St. Georges a short field of only 19 yards.  After a strong 18-yard run from Kwame Miller set the Hawks on the doorstep, it was Terry White who would kick the door down.  The extra point would be missed, and the score would be 13-0.

Appo would try to surmount a comeback.  They would get their passing game going late in the third quarter as Nielson would throw the ball 5 times on their third possession of the 3rd quarter, completing 3 of them including a 41-yard touchdown pass to Noah Hoff on a beautifully placed ball.  The third quarter would end with a 13-7 score.

Lea would take the following kickoff deep into Jaguar territory and after a few plays, the Hawks were in a goal-to-go situation.  Appo would come up with a HUGE defensive stop as District Lineman of the Year, Elijah Husser would stonewall a Hawk attempt on 4th and goal.  Appo would have one last attempt to tie this game.  They put together a great, 5- minute drive to march down inside the St. Georges redzone, however a strip-sack on Nielson would give the Hawks the ball back with under 7 minutes to go in the game.  The Hawks would execute clock management beautifully and would pick up crucial first-downs thanks to star quarterback, Donovan Brooks.  Appo wouldn’t get the ball back until only 13 seconds remained on the clock.  They then ran a draw play that left many in Jaguar Stadium scratching their heads as time would expire.

The Hawks will move on to play the winner of Sussex Central vs Dover next week.  Anything can happen come playoff time, and the Hawks proved just that.