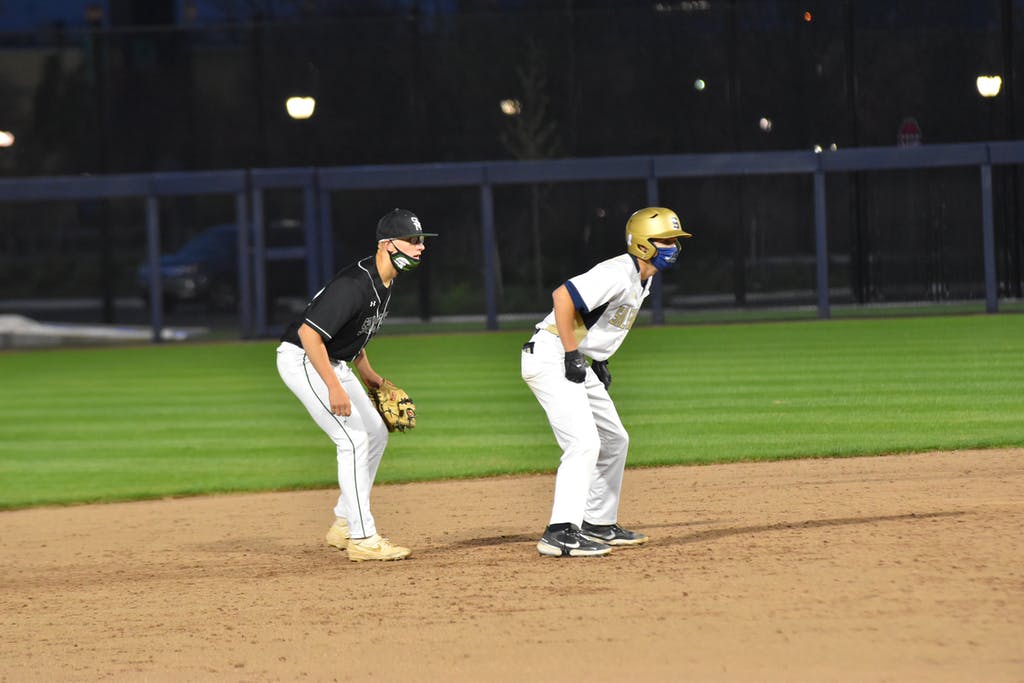 St. Mark’s hit through the lineup in the top of the fifth inning on Thursday night on their way to a 4 run inning and a 6-4 win over the Sals.

Both teams threw their aces as Saint Mark’ss Christian Colmery dueled with Sallies’ lefty Brody Valentine but it was the Spartans who struck first.

Saint Mark’s scored a run in the top of the second and added another in the top of the fourth, both RBI’s for Spartan senior Reid Dalton, to take a 2-0 lead into the fifth inning. That’s where the hitting would start. 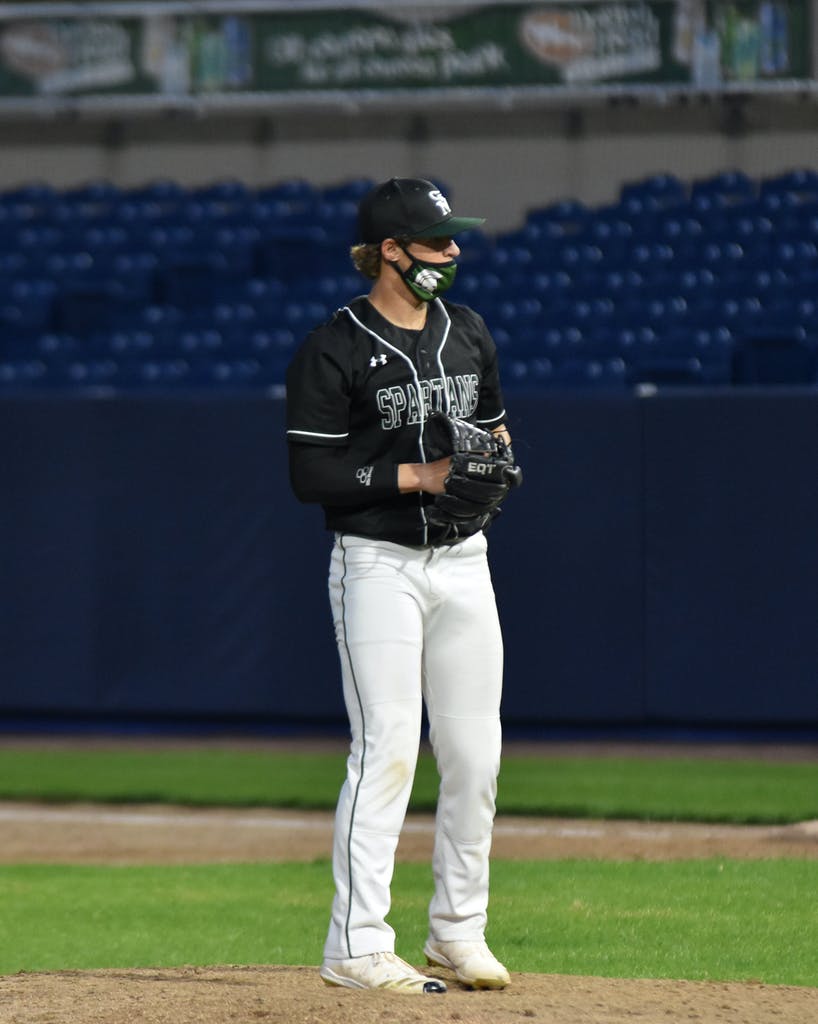 Saint Mark’s had 10 batters step to the plate in the fifth and the Spartans got 3 hits to start the inning.

RBIs for Ben Anderson, Daniel Keane, and Reid Dalton led to the Spartans scoring 4 runs in the inning and extending their lead to 6-0 after five innings of play.

Pitch count would play a factor as Saint Mark’s Colmery approached his pitch number in the sixth inning. Colmery would eventually go 5 ⅓ innings with two hits and no runs, and those two hits wouldn’t come until the fourth.

After walking Czarnecki to put two men on for the Sals in the fifth, sophomore Garrett Quinn would come in relief of Colmery for the Spartans and take his turn trying to close the game out.

Connor Campbell and Aiden O’Brien would both follow with doubles for the Sals after the pitching change, scoring three runs on those two hits.

After O’ Brien was able to steal third he was knocked in on an infield single from Brian Lang, cutting the lead to 6-4.

In the seventh inning, the Sals started off with a walk but Quinn would retire the next three Salesianum batters to secure the win 6-4. Saint Mark’s received multiple hits from Reid Dalton, Garrett Quinn, and Michael Clarke.

Dalton had two hits and 3 RBI’s for the Spartans and Quinn did his part both at the plate and on the mound. Conor Campbell had 2 hits and reached base all three times for the Sals.