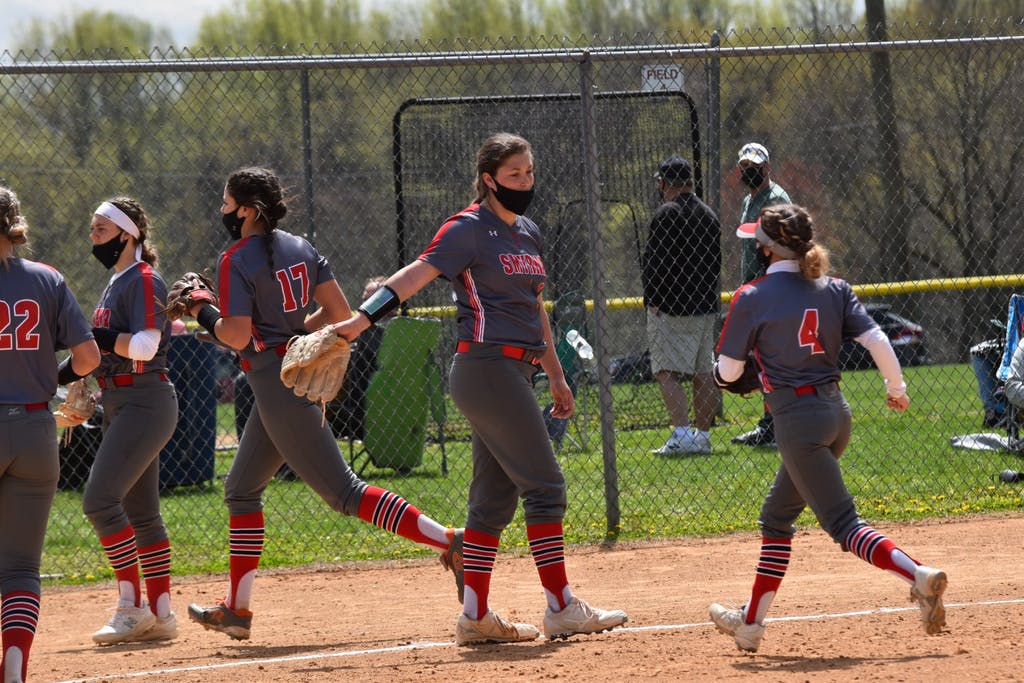 The Smyrna Eagles came from behind to tie the game in their final at bat in the 7th, then rallied again in the bottom of the 9th to edge Sussex Tech 5-4 this afternoon in Henlopen Conference softball.

Smyrna’s Peyton Dixon was pitching a no-hitter until the Ravens’ Brynn Parker doubled to center scoring 2 runs in the top of the fifth to give Tech a 2-1 lead. It looked like that might be the final until the home team came to bat in the 7th. With one out, freshman Hailey McCutchan doubled and scored following a single by Sheridan Price – as Price got herself into a “run down”. That tied the game at 2-2 sending the two Top Ten teams into extra innings.

Both teams failed to score in the 8th so it was on to the drama in the 9th inning. The Ravens left fielder (Megan Sterling) singled with one out, then Jaya Shaub reached on a bunt. Those two would score on an error and it was 4-2 Sussex Tech heading to the bottom half of the 9th. Sydney Eihinger walked to lead off for Smyrna, then McCutchan came through in the clutch with another double putting runners at 2nd & 3rd with no outs. Price followed with another clutch hit of her own when she singled to score one run and McCutchan came home on an error to tie the game at 4-4. Price advanced to second on that same error and moved up to third on a passed-ball. That brought leadoff batter Gianna Duca to the plate. With no outs, Duca laid down a bunt – drawing the throw to 1st base for an out but Price scored on the play to end the game.

It was a fantastic effort by both teams as 8th ranked Smyrna won in 9 innings over the 4th ranked Ravens 5-4.

Peyton Dixon allowed just 4 hits & struck out 9 for the win.