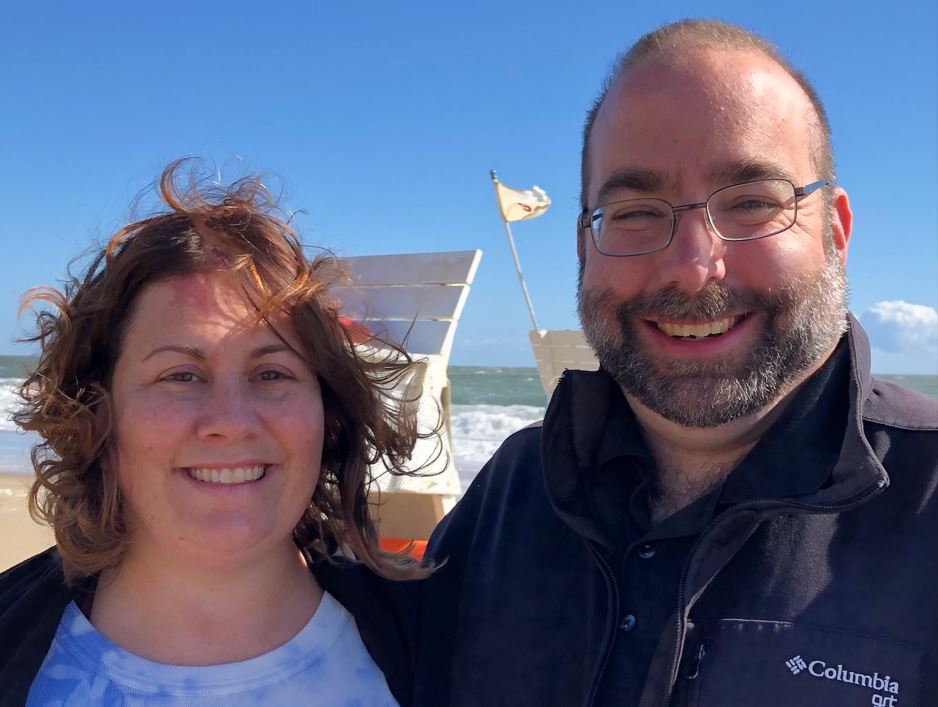 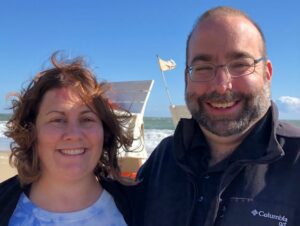 “Secret Delaware” is the second book written by Rachel Kipp and Dan Shortridge.

A border marker buried under a manhole, a fiberglass presidential candidate and lots and lots of lima beans are some of the “weird, wonderful and obscure” elements that define Delaware in a new book.

“Secret Delaware” is the second book written together by Rachel Kipp and Dan Shortridge, a married couple who have lived or worked in all three counties.

They visited most of the sites, wrote all the words and took most of the photos in their journey from the first entry (the arts in Arden) to the last (one of only three art conservation programs in America).

It is a fascinating book, worthy of the collection of any fan of the First State.

That praise is not because this reporter’s work appears at least three times among the sources. It is because of how many interesting facts and figures – fun stuff not known to all natives – are packed into each two-page entry: the narrative, a photo or two, if-you-go info and a related factoid to start (or stop) a conversation.

“Secret Delaware: A Guide to the Weird, Wonderful and Obscure” is the 53rd book in a series about regional secrets from Reedy Press and is a followup to “100 Things to Do in Delaware Before You Die,” their 2020 travel guide for Reedy Press.

Kipp and Shortridge’s next book is about “lost Delaware.”

“Secret Delaware” is “dedicated to the journalists – the writers of the first draft of history.”

For both books, they searched their memories, the internet and newspapers.com.

It helped that when they were reporters for The News Journal, they wrote about some of the topics — “We know that they were reliable stories and had great information,” Shortridge said —  and they have worked with many of the other writers cited.

Shortridge was born in Boston and grew up in Laurel. He also worked for the Delaware Department of Agriculture, Delaware State Housing Authority and Sussex County Vocational Technical School District.

He now owns a résumé writing business and works for Hook PR & Marketing in Milton.

Kipp was born in Cincinnati and moved to Delaware in 2006 to work for The News Journal. She also worked for the University of Pennsylvania and St. Joseph’s University and now works for the Philadelphia Bar Association. 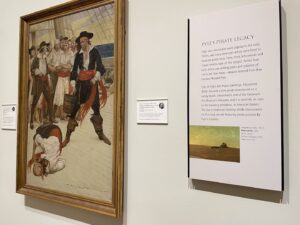 When asked to select a single highlight each from the 85 in the book, Kipp chose the story of Emily P. Bissell, who in 1907 printed the first Christmas Seals. She convinced the post office to let her sell the stamps in the lobby, raising 10 times the $300 that her cousin needed for his tuberculosis clinic.

Shortridge chose how Wilmington illustrator Howard Pyle a century ago created the modern image of pirates, later pirated (sorry) by Disney. Shortridge also recalled the Pyle pirate paintings that used to grace the children’s room of the Laurel library

STILL STANDING: A liquor store is the last site in operation at Tri State Mall

And for some closure about the items mentioned in the first paragraph:

“Secret Delaware” is available at the Bethany Beach Books, Browseabout Books in Rehoboth Beach and the Hockessin BookShelf, plus Delaware libraries.