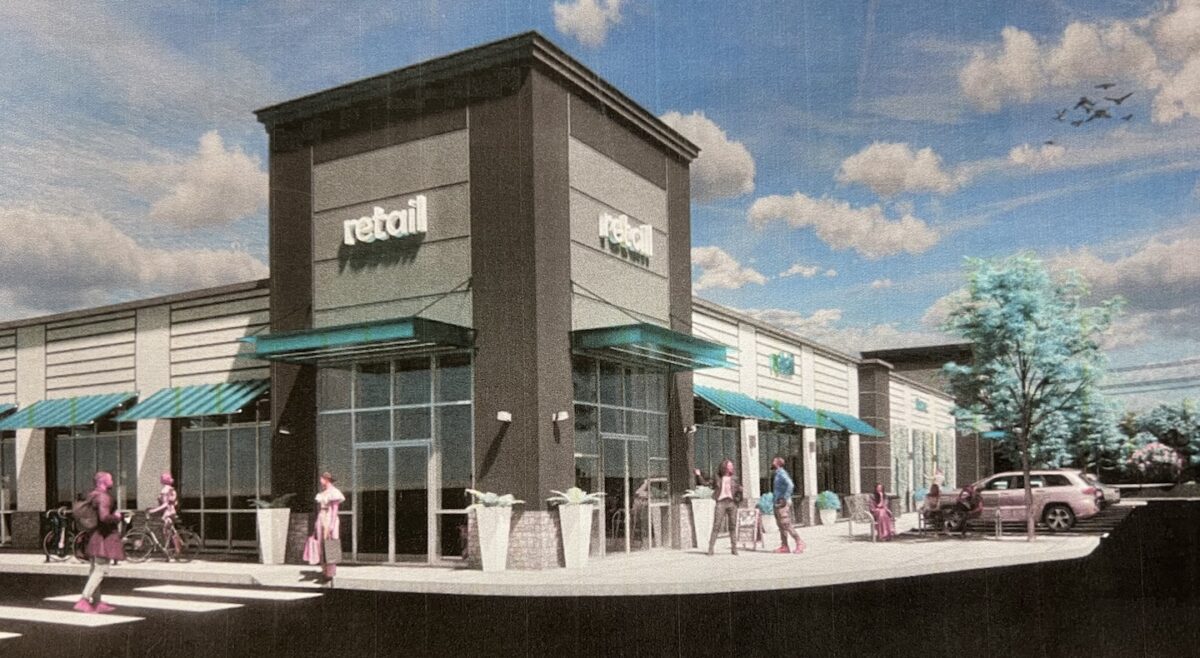 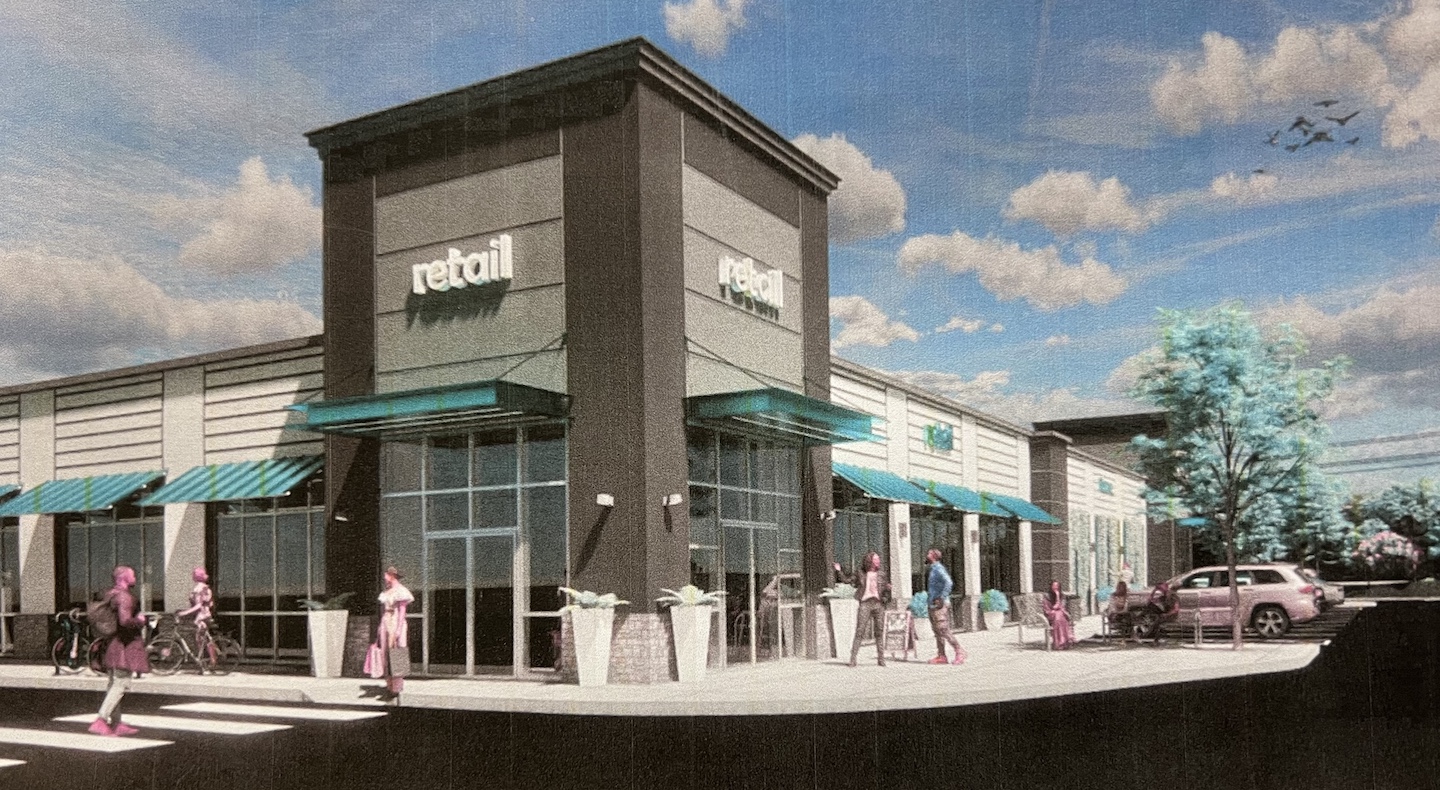 The upcoming home of Tri-State Liquors will still be on the Tri-State Mall site. (courtesy of Andrew Byer)

The news coverage of what’s happening at the old Tri-State Mall (which closed in 2015, leaving a small strip shopping center still running) has largely ignored a store that’s thrived there since 1984.

Tri-State Liquors is still in business, as several signs on chain link fencing along Naamans Road proclaim, and it’s planning to move soon across the parking lot to spiffy new digs.

“We have a really good long-term lease that they had to honor,” co-owner Andrew Byer said in explaining why his landlord is constructing a building just for Tri-State Liquors.

The other businesses in the retail strip are gone, the windows to their empty stores boarded up.

The mall opened in 1967 near Claymont and just off an Interstate 95 exit. The site’s major retailers have included Value City (bankrupt), Levitz (bankrupt) and Kmart (not doing so well).

The 41-acre site once featured a traditional mall, with stores accessed from the inside; a strip shopping center, with access from the parking lot; and several self-standing buildings. All told, the complex included 585,000 square feet of retail.

Tri-State Liquors occupies about 15,000 square feet in the strip shopping center, and it will get about the same amount of space in a new building.

“We have a great business,” Byer said, adding that he looks forward to many more years of success.

The store was founded by his parents, and he now co-owns it with his brother, Michael.

Its new building will be on the site of the old Levitz Furniture Outlet, which was demolished in 2021, just after the site was purchased by a company now known as KPR Centers.

Byer anticipates being able to move in late summer. “We are very excited about this new opportunity,” he said.

Tri-State Liquors stocks 20,000 cases of imported and domestic beers, soda, wine, wine coolers, liquor and more,” according to its website.

“We consistently have low prices on the names you want,” he said, when asked to compare the store to Total Wine & More, the large liquor store on the other side of I-95. 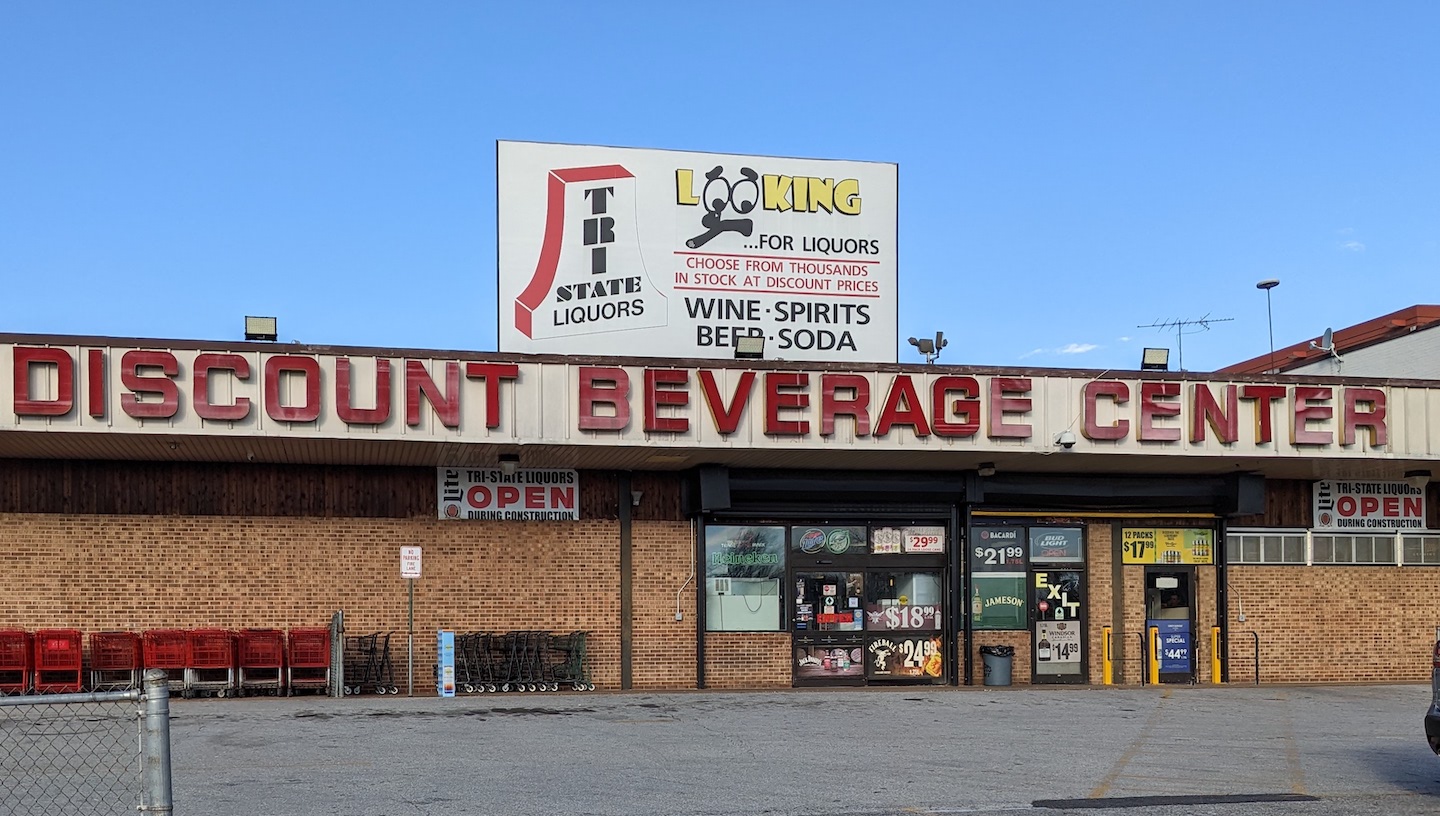 The future of Tri-State Mall

The developer of the new space anticipates a single tenant, but has designed the building to be capable of accommodating up to four tenants, said Mike Hoffman, of Tarabicos, Grosso & Hoffman and the developer’s local attorney.

No tenants have been signed for the distribution center, he told Delaware Live.

KPR doesn’t list Tri-State Mall on its website. The only Delaware property included is Christina Crossing, a shopping center on Wilmington’s Riverfront anchored by a ShopRite.

Just to the east, a developer announced in January that it has sold 28 acres in First State Crossing, a multiuse site that once housed the the Evraz Steel plant.

The buyer will build a 358,000-square-foot warehouse on spec, meaning no tenants yet have signed leases.

Distribution centers, warehouses and fulfillment centers (Amazon’s term) are increasingly common to support fast deliveries for online shopping. Both sites are prime territories for such buildings because they are so close to I-95.