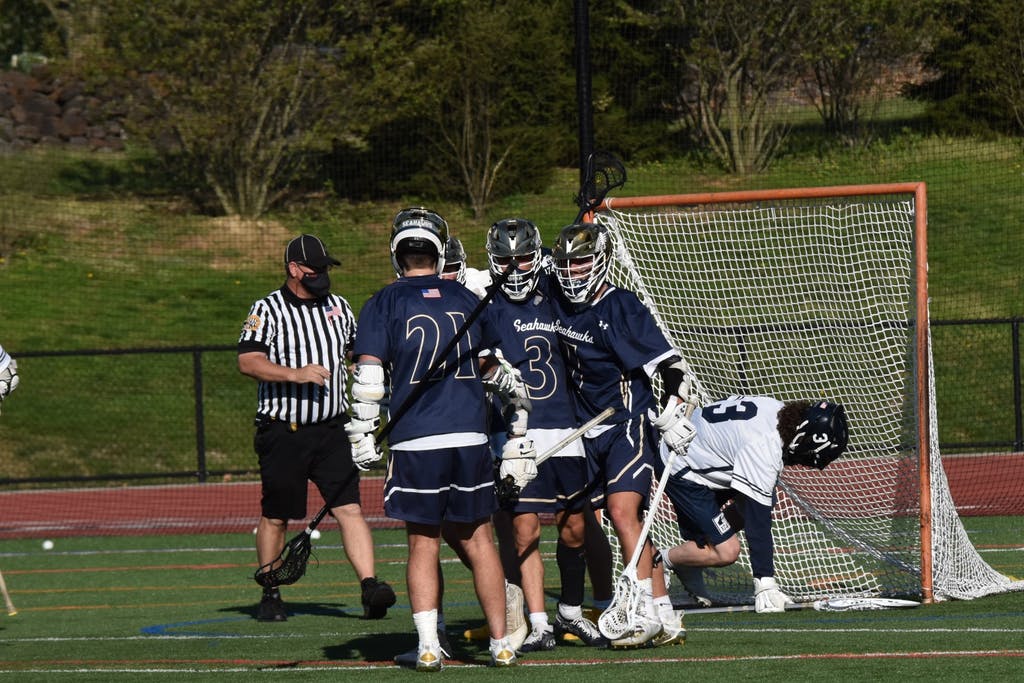 Delaware Military celebrates after a goal

Delaware Military Academy (DMA) would use a big third quarter to pull away from Wilmington Friends. Coming out of the half the score was tied 3-3. T 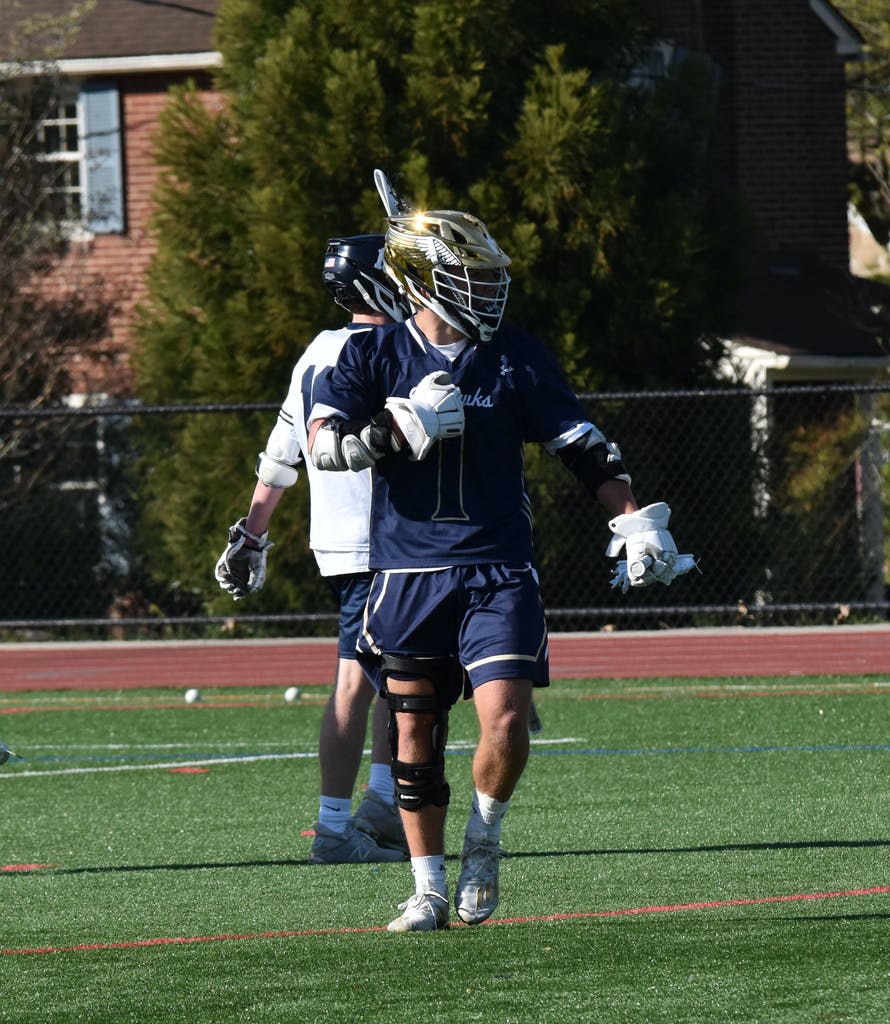 DMA’s Senior leader Thomas Whitaker would then put his touches on the game as he would score two goals one off an assist from Woodall from behind the net. The second would come unassisted as he made a great spin move to juke the defender with a great shot on goal that would touch the back of the net.

The third quarter scoring for DMA would be capped off by Woodall finding Braedon Dougherty cutting in front of the net for the fifth goal of the quarter. Friends would get a goal from freshman Nick Winchell making the score 8-4 heading into the fourth.