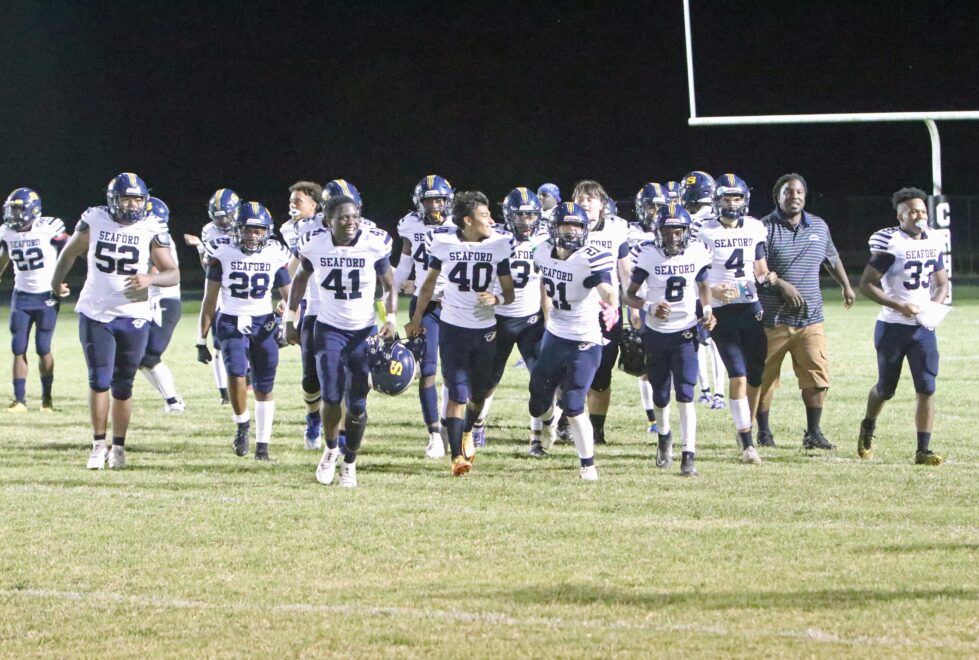 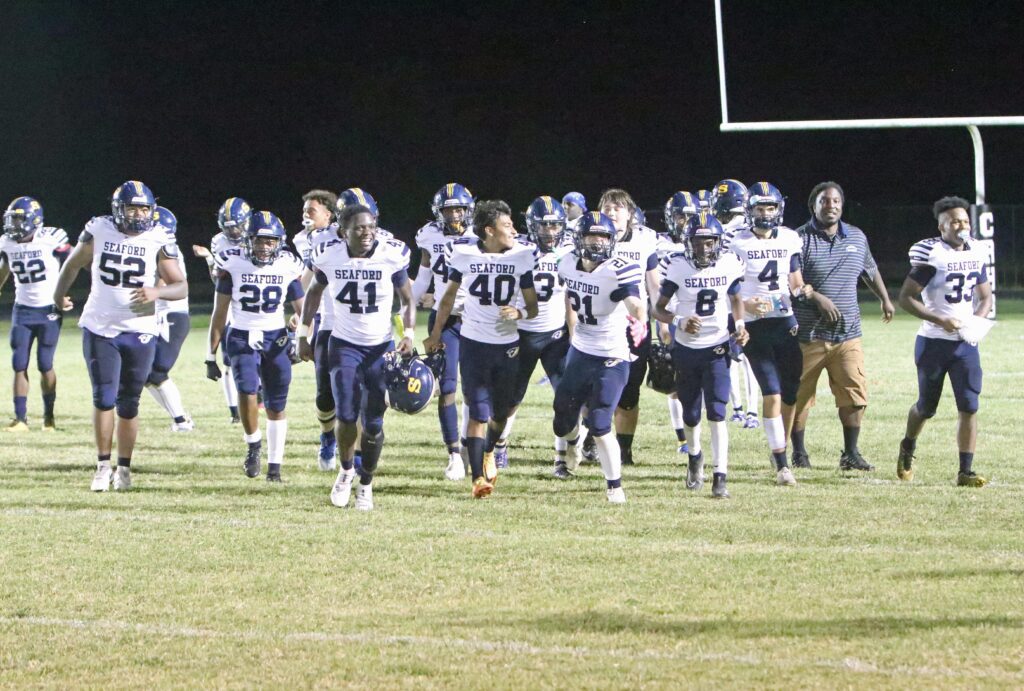 Federalsburg – The Seaford Blue Jays opened their season by traveling to Colonel Richardson in Maryland picking up a 41-14 win to kickoff the season.

It took just three plays for the Blue Jays to find the endzone when Jakob Keglovits scored on a 40 yard run. The PAT was blocked as Seaford jumped out to a 6-0 lead midway through the first quarter.

Colonel Richardson employed the wedge offense allowing the Colonels to eat up time off the clock while moving the ball down the field. The Colonels game plan worked well in the first half as the Blue Jays did not get the ball back until the second quarter.

Once Seaford got the offense back on the field they appeared to get right back to work, but on two consecutive plays the Blue Jays had touchdowns called back for penalties. Seaford eventually moved the ball down to the one yard line, but the Colonels defense stiffened and Chatydrick Pickrom broke through the line causing and then recovering a fumble.

“We had a lot of penalties in the first half and you can expect that in the first game, a lot of things we can clean up but we are happy to get away with a win to start the season,” Seaford head coach Mark Quillin said.

The Colonels attempted to go to the air when Tre’Von Paulson intercepted his second pass of the game at the Seaford 42 yard line. The Blue Jays capitalized on the turnover six plays later when Careen Boulden found Aviyon Matthews open in the corner of the endzone for a 19 yard touchdown pass. As Seaford took a 12-0 lead with 53 seconds to play in the first half.

On the Colonels first play of their next possession the Blue Jays recovered an errant pitch giving them the ball at the Colonel Richardson 30. The Blue Jays capitalized again on the turnover as Boulden and Matthews hooked up again on a nine yard touchdown pass. Jazonte Levan converted the conversion run as Seaford led 20-0 with five seconds to play in the first half.

The Blue Jays offense sputtered to start the third quarter and then ended the opening drive with a snap over the punter’s head giving Colonel Richardson the ball at the Seaford 37. Five plays later the Colonels quarterback Tarron Hammond scored on a one yard run. Hammond then converted the conversion run as the Colonels cut the Blue Jays lead to 20-8.

The Blue Jays secondary came up big again late in the third quarter when Akendre Matthews intercepted a pass at the Seaford 25 yard line. For the third time in the game the Blue Jays scored following a turnover as Levan took the pitch and raced 72 yards down the right sideline  for a touchdown. Boulden converted the conversion pass to Aviyon Matthews, extending Seaford lead to 28-8 with a minute left in the third quarter.

“Our defense picked it up midway through the second half. I was proud of the way they fought through the adversity,” Quillin said.

The teams traded scores in the fourth quarter. Keglovits got his second touchdown of the game on a 20 yard run, Isais Morales-Vidaurri added the PAT kick as Seaford led 35-8. Hammond scored on a nine yard run for the Colonels and then converted the conversion run with just five seconds left in the game.

Colonel Richardson then attempted an onside kick, but the Blue Jays Zach Holmes fielded the ball and took off down the left sideline for a game-ending touchdown giving Seaford a 41-14 victory.

The Blue Jays will travel to Wilmington next Friday where they will play up in class taking on Class AA Tower Hill. Kickoff will be at 7:00.