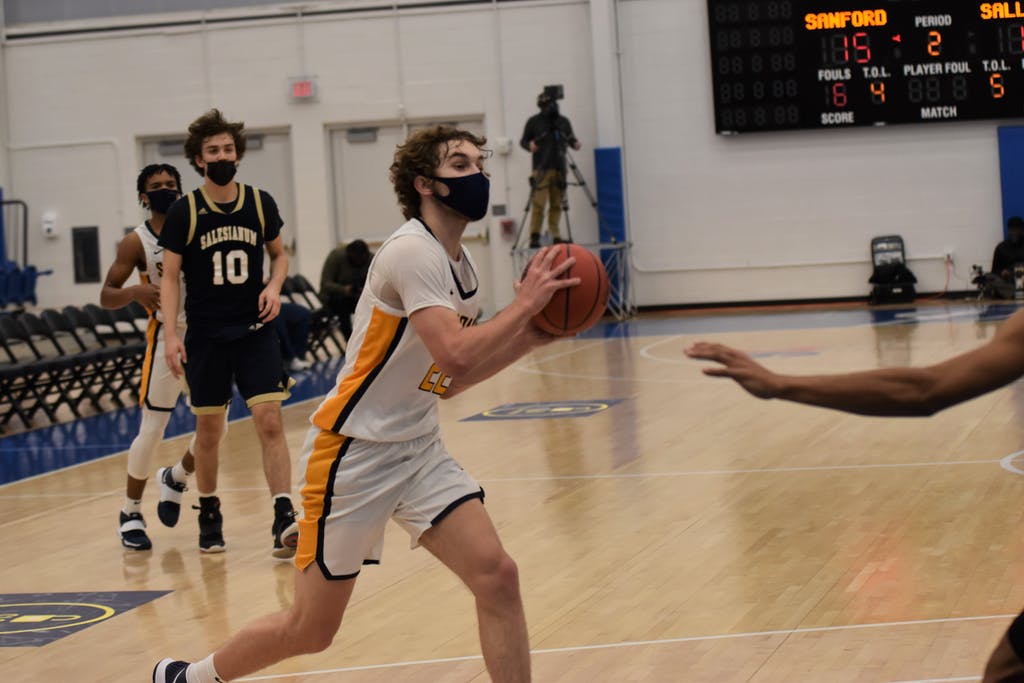 Sanford and Salesianum high school boys’ basketball teams each entered their Saturday game at the 76ers Field House in Wilmington with one loss on their record.

Sanford improved to a 6-1 record with a victory.

Both teams came out in man to man defense to start the game. Sallies got out to a quick 6-0 lead only to see Sanford score 9 straight points, 7 coming from Villanova recruit Nnanna Njoku.

A well played quarter by both teams ended with Sanford on top 11-6.

Sanford remained patient on offense, knocking down open shots and holding Sallies to 6 points. The quarter ended 23-12 Warriors. What looked to be an up and down, fast paced game in the first quarter, slowed down significantly in the second.

Sanford came out in the third quarter picking up right where they left off, scoring 7 points in the first 90 seconds on two 2 point field goals from Njoku and a deep three pointer from senior Carter Ruby. Sallies played hard throughout the quarter, but again struggled to find consistent offense.

While the Warriors received offense from a number of sources as Njoku continued to show a soft touch around the basket and Brandon Dwyer knocked down two three pointers in the quarter, extending the Sanford lead to 42-18.

The start of the fourth quarter saw the Warriors maintain their lead despite Sallies going to a full court press. Sanford guards found Njoki under the basket who made the smart decisions with the ball in his hands. Whether it was a layup or a kick-out for a three pointer, Sallies had no answer.

Sallies fought hard but ultimately lost 60-30 in a game that had a little bit of everything including displays of good sportsmanship after a few strong fouls by each team. Njoku led Sanford with 21 points. 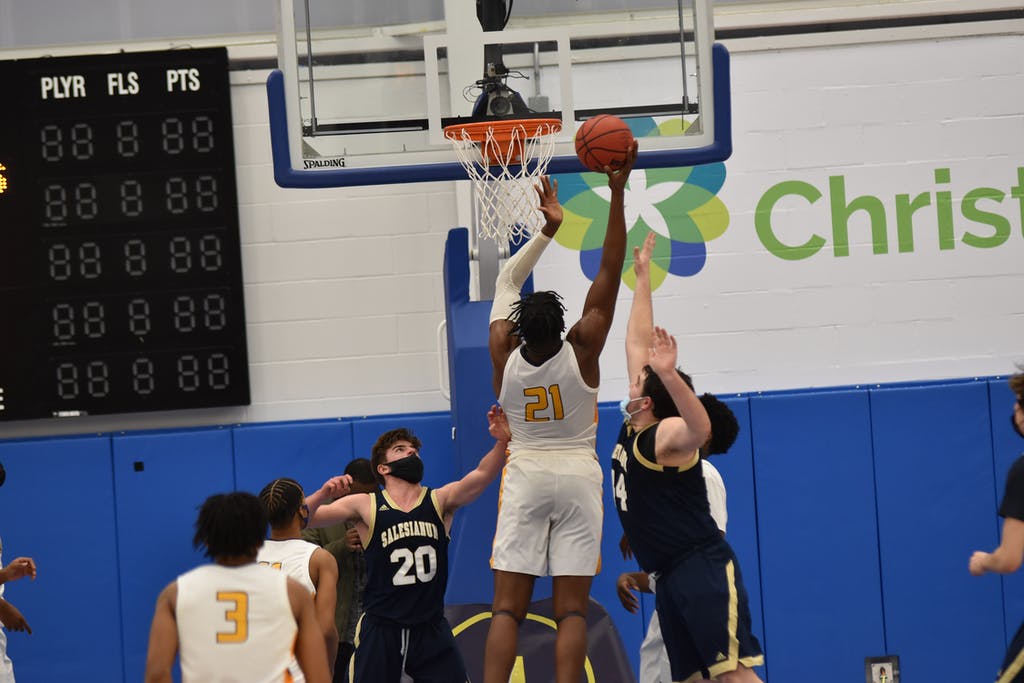 Nnanna Njoku goes up for a score against Salesianum.