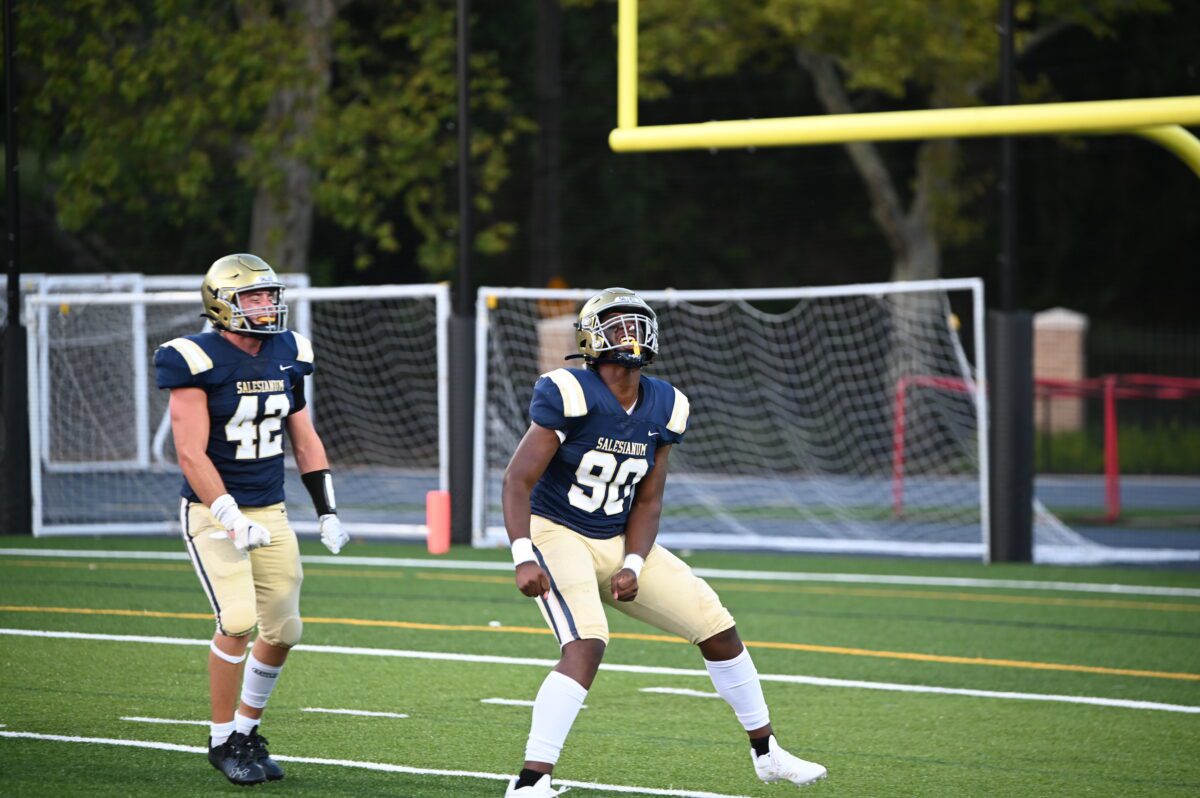 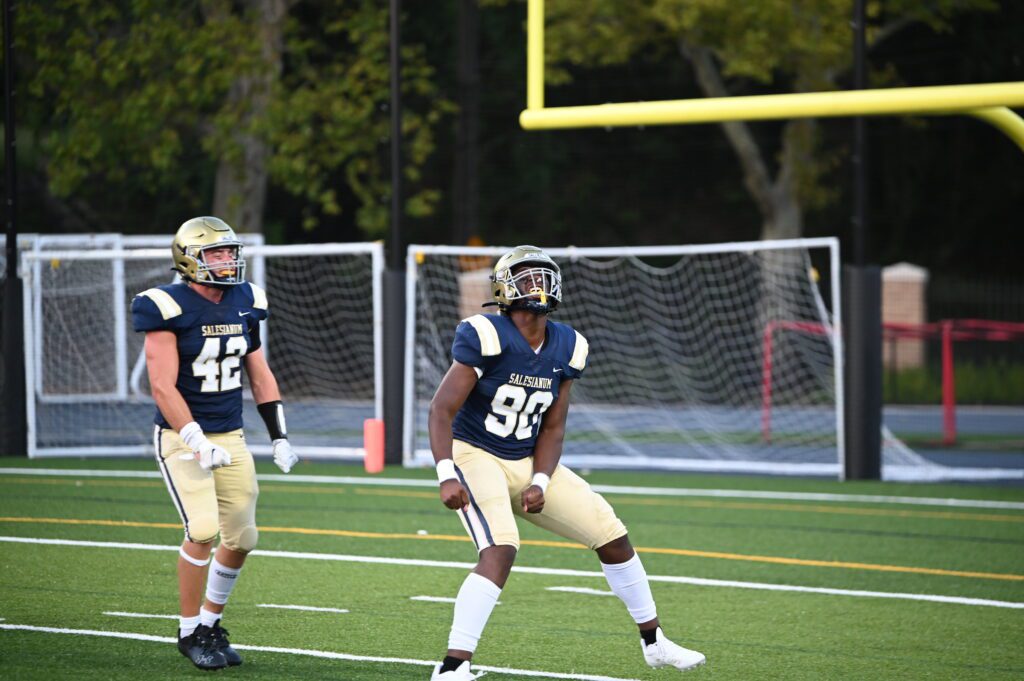 Middletown showed their appreciation of their former Coach and now Salesianum head Coach Bill DiNardo as he reached the 300th win milestone. DiNardo coached at Middletown for 17 years and led them to 3 state championships. However he would lead his Sals to a big win upsetting his former team.

Middletown came into this game ranked No.1 in the state by our rankings as Salesianun sat at No.5. The Sals defense made their presence early by forcing the high powered Cavaliers offense to four straight punts on their first four possessions. They also forced two turnovers which led to their first ten points of the game.

After the first interception by R.J. Johnson Salesianum was able to put up the first points on the board. Lets in the first quarter as the Sals drive stalled they called out their star kicker James Collins who was able to boot a successful 29 yard field goal 3-0 Sals

The second interception came early in the second quarter as Middletown quarterback Austin Troyer was under heavy pressure. Backpedaling out of the pocket as with four Sals defenders in his face he threw a pass, but it was picked off by Jacob Ziegler as he took the pass 40 yards for the touchdown 10-0 Sals.

MIddletown’s big playmaker Mikey Pearson set the Cavaliers up to begin their comeback two minutes later. He took a Sals punt and nearly returned it 50 yards down to the Salesianum 22 yard line. After a couple of plays the driver was capped off as Joshua Roberson took a hand off and scampered in for an 11 yards touchdown run 10-7 Sals.

Then with 1:20 left in the half the Cavaliers took the lead. Troyer completed a big pass to Ty’renne Hynson for 13 yards on first down. A couple of plays later, Troyer connected with Pearson over the middle for a 12 yard touchdown giving the Cavaliers the 14-10 lead.

Middletown however did not hold onto that lead long. Sals returner Lukas Ryan took the ensuing kickoff out to midfield giving them the ball on their own 49. Quarterback Ryan Stoehr found Hunter Balint on first down for an 18-yard reception. After a couple of penalties Sallies found themselves facing a 3rd down and 21. Stoehr was poised though as he hit a leaping Ben Anton in the front of the end zone to put the Sals back on top, 17-14, with just 30 seconds left in the half.

The Sals added to their lead early in the third quarter. After a few big first down plays Stoehr threw a great pass where only his receiver  Nate Ray was able to catch it as he  pulled it in for the touchdown giving the Sals a 24-14 lead which would close out the scoring in the third quarter.

Middletown was able to bring the score to within three points midway through the fourth quarter, when Troyer found William Garrett in the corner of the end zone for a 24-21 Salesianum lead. However, Sallies was able to add one more touchdown with 2:26 remaining Andrew Ransome capped a 43-yard drive with a 4-yard rushing touchdown giving them the 31-21 upset win over No.1 Middletown