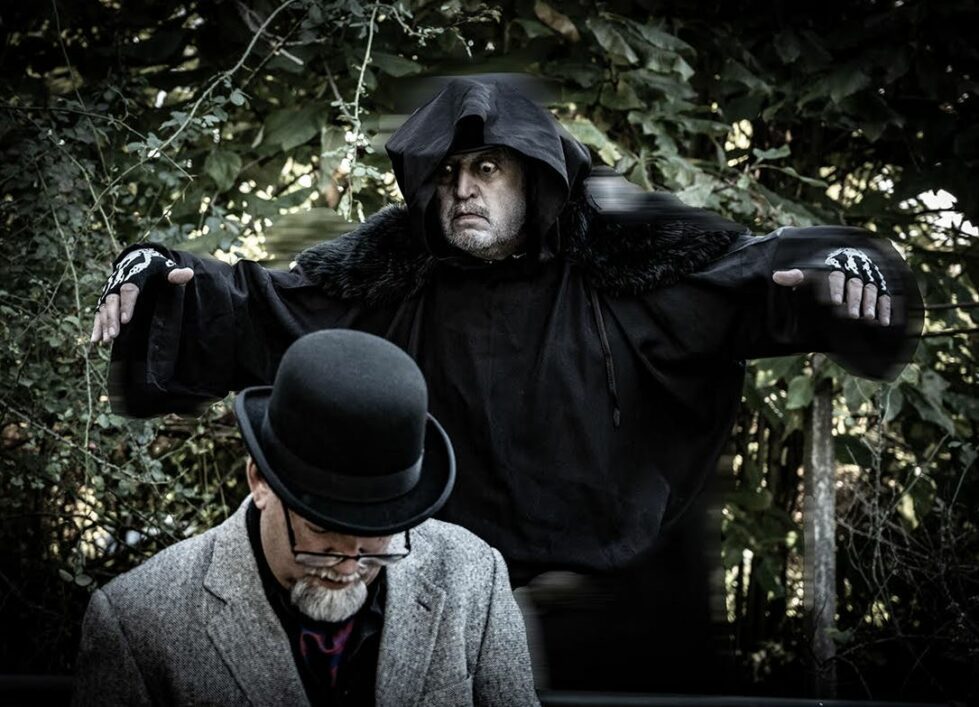 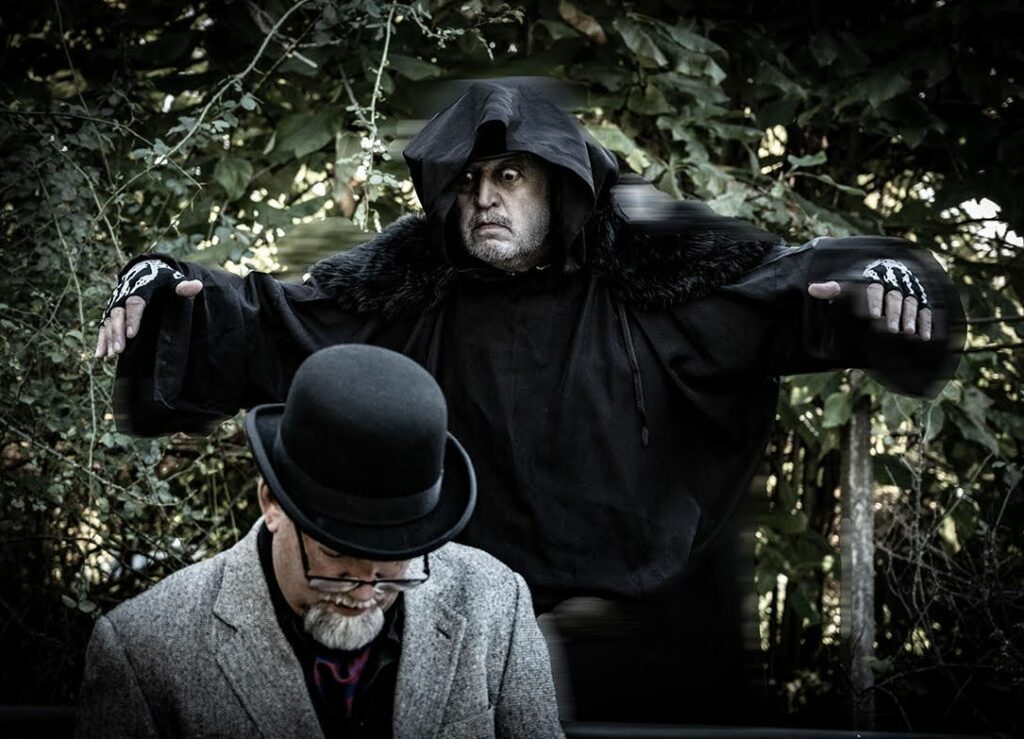 Some might call “The Revisionists: A Haunted Victorian Walk” a charming amble about the grounds of Rockwood Park.

The latest addition to New Castle County’s lineup of Halloween thrills, “The Revisionists” is part whodunnit and part spooky frights meant for those aged 13 and older.

“It’s not blood-and-guts slasher stuff,” Shelton said, “but there are some scares, of course, because it’s just a dark scariness going on, but to me, it’s a dignified cultural experience for people who love Halloween and fall. It’s not going to send anyone home to have nightmares.”

The fun begins Friday, Oct. 14 and runs on Fridays and Saturdays through Oct. 29.

“The Revisionists” follows six tales of the dead who return to tell their story and seek justice, Shelton said.

The walk, which will take guests in groups of 20 to six stops around the grounds of the 170-year-old Wilmington estate, includes a brief reading setting up each story before a troupe of actors re-enacts the events.

The show is designed to pay homage to the spooky tales from the 1880s to the 1920s, which Shelton says is considered the golden age of the ghost story. By that time, the story form had matured and achieved a consistent literary complexity.

The hook for the Rockwood show is that the tour guide is a revisionist, a person to whom the dead can speak. 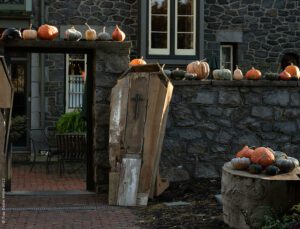 In addition to stopping in a Spooky Speakeasy, guests at ‘The Revisionists’ will be able to buy heirloom and unusual pumpkins grown by a father-and-son team at their historic home.

Shelton believes Rockwood’s Gothic mansion, with grounds already eerily lit for the mansion’s Haunted Paths of Rockwood, is the perfect setting for the show.

“I couldn’t ask for a better place to stage this event,” he said.

“The Revisionists” started there when the city asked Shelton, an event planner among other things, to help it update its ghost walk.

“I literally fell in love immediately with the concept of the revisionist,” Shelton said.

He suddenly saw a revisionist carrying a lantern while he or she guided visitors through stories and a spooky garden.

The event runs from 7 p.m. to 10 p.m. Each tour lasts about 90 minutes, with starting times staggered every 3o minutes.

The Rockwood Park Preservation Society will offer a Revisionist Speakeasy on the grounds so guests may purchase beverages to take along or enjoy afterward.

Also available for purchase will be heirloom and unusual pumpkins, grown by Shelton and his father at Poplar Hall, the historic home they restored. 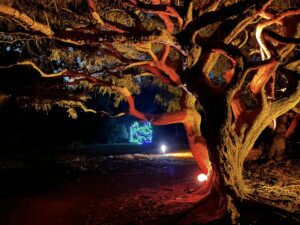 Rockwood Mansion has added gold and orange lights to its trails for a free family-friendly walk in the dark during October.

There’s no admission for Rockwood’s Haunted Paths, and there’s nobody that will be lunging out of the dark at you, said executive director Ryan Glover.

“We’re too poor to hire people to lunge at you out of the bushes,” he said. “It’s meant to be a family-friendly walk using your own imagination to scare you.”

The lights are on from 7 p.m. to 10 p.m. While some paths remain light in white lights, the museum added some spooky yellow and orange ones for the fun of it he said.

The paths wander the property and pass near both the upper and lower parking lots, around the barn, through the walled garden and into the south lawn, where events are held.

It’s up nightly through Oct. 31 at 4651 Washington Street Extension in Wilmington.