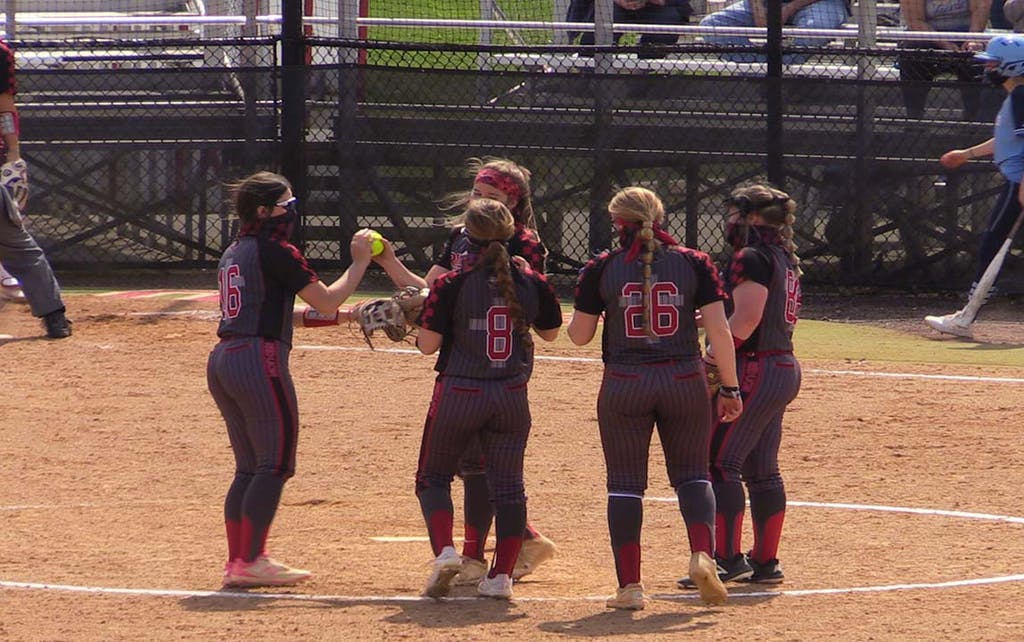 Red Lion and Cape Henlopen softball teams faced off on a beautiful Saturday afternoon on the Red Lion campus. The young Cape team made the trip up to Bear wearing a 1-1 record. They were about to face a Red Lion team that put up 21 runs against MOT Charter while Angelina Edwards threw a no no holding the mustangs hitless. Cape did come ready for the challenge.

Cape’s roster is loaded with underclassmen as they listed 6 freshmen on their team. They only have one senior on the team pitcher Marissa Frederick who is a vital player for the young team. On the other baseline they were looking at a lot of experience. Even though Red Lion doesn’t have a lot of seniors on its rosters their players have 3-5 years of varsity experience since some of the girls have been playing since the eighth grade.

Red Lion would get the scoring started in the bottom of the first inning. Peyton Pusey would get on the bases as she drew a leadoff walk by Frederick. The next batter Kylie Ryan then squared up to lay down a sacrifice bunt cape made the play but Pusey showed off the speed as she went from first to third beating the throw over from Morgan Newcomb of Cape. After a couple of pitches Rachel Craine from Red Lion would drop down a perfect bunt on the squeeze scoring Pusey giving Red Lion a 1-0 lead. Red Lion did not stop there.

Morgan Lieske would take the 1-0 pitch driving it back up the middle as the ball would get past the cape defenders all the way to the fence, while Lieske rounded second and slid into third base with a triple. She would eventually be knocked in as Edwards reached safely on an infield hit. That would cap off the bottom of the first inning giving Red Lion a 2-0 lead over Cape. 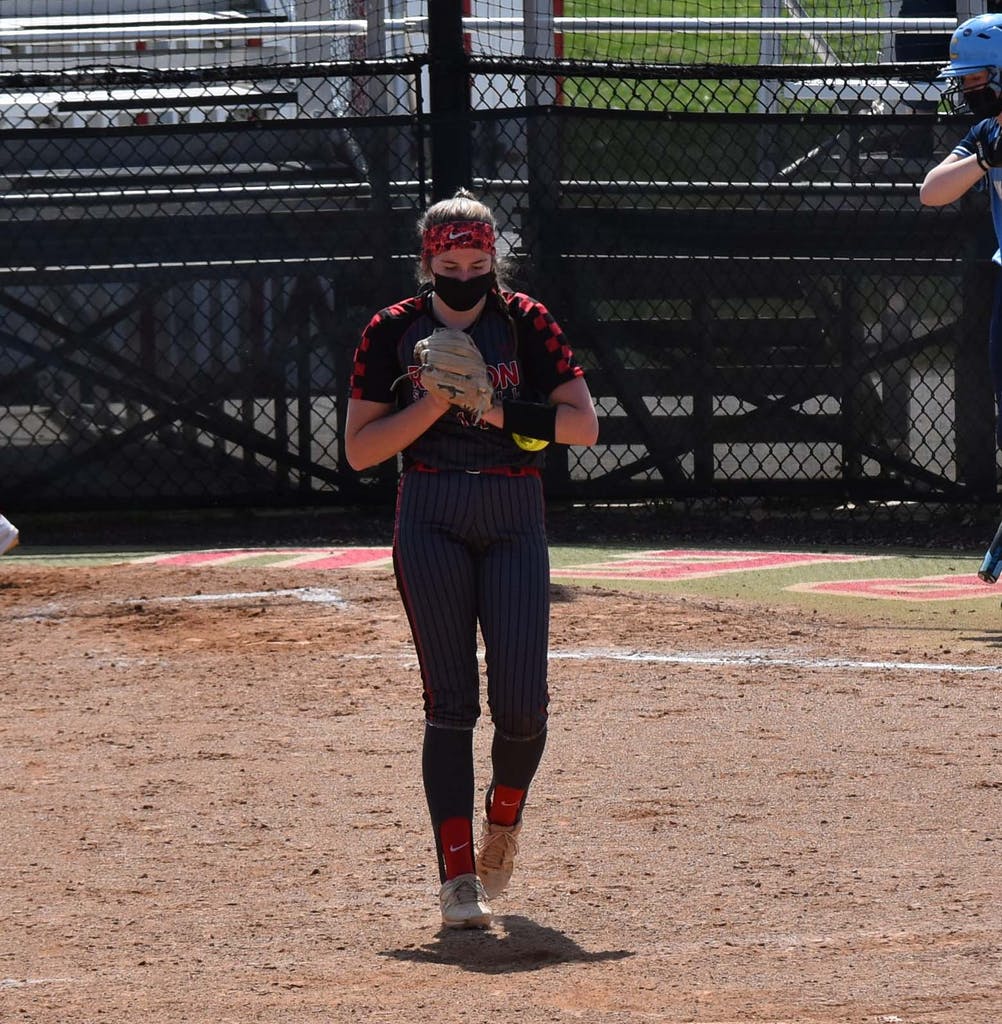 Angelina Edwards only allowed 3 hits in the game

After the first inning Frederick would settle down keeping Red Lion off the scoreboard for a couple more innings. As for Red Lion Edwards was doing enough to keep the Vikings off the scoreboard. She did find herself in trouble in the top of the 2nd inning as Cape had bases loaded, but Edwards would strike out Ava Simeone with a nice changeup to get out of the inning.

Capes bats would finally wake up the second time around in the line up. In the top of the 4th inning Grace Whisenhunt would get on with an infield single. Katie Kulman would then drive the first pitch she saw driving it to the center field fence for a double as Whisenhunt advanced to third base. Frederick would then follow suit as she would drive the first pitch she saw to the right field fence for a double scoring both Whisenhunt and Kulman to tie things up at 2-2. Cape would threaten as Frederick would get to third with one out but Red Lion was able to close out the inning keeping the score tied at 2-2.

Red Lion’s Kylie Saienni would lead off the bottom of the 4th inning striking out on a nice inside fastball from Frederick. Angelina Edwards was the next batter for Red Lion and she quickly found herself down 0-2, but on the next pitch she would strike out swinging. However Cape’s catcher Whisenhunt could not hold on to the pitch as the ball went to the back stop Edwards alertly took off running down the baseline reaching safely on the dropped third strike. Matti Meginniss would then come to the plate and hit the first pitch she saw from Frederick down the right field line for a triple scoring Edwards giving Red Lion the go ahead and game winning run.

Red Lion was able to hold on to a 1 run lead the rest of the game giving them a 3-2 victory over Cape Henlopen. Offensively Red Lion was led by Lieske and Meginniss who both posted triples. Cape was led by Frederick who went 1 for 3 with a double and 2RBI’s. Both pitchers had good games as Edwards allowed just 3 hits over 7 innings with 4 strikeouts while Frederick allowed 4 hits in 6 innings with 10 strikeouts.