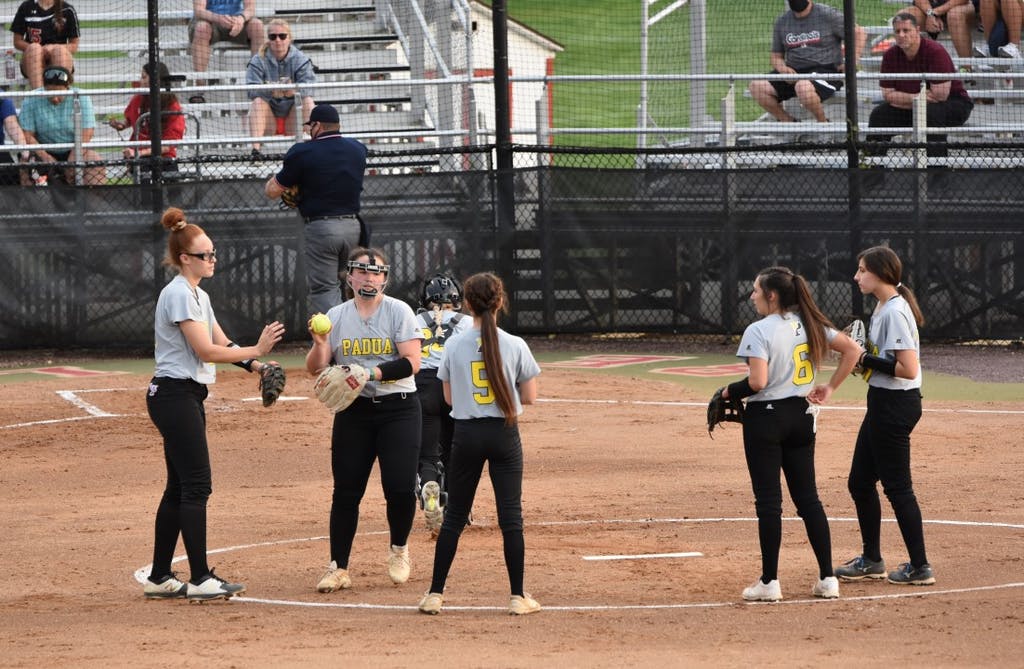 Padua Softball meeting at the mound

Two proud softball programs gave those in attendance a battle to the end at Red Lion Wednesday night.

It was senior night as the three Lady Lions were honored before the game escorted by family to the infield at the well-manicured stadium. Twin sisters Rachel and Renee Craine along with Kylie Ryan were the seniors for Red Lion.

They were introduced by Head Coach Rich Edwards who also acknowledged the five seniors on the opposing team from Padua. 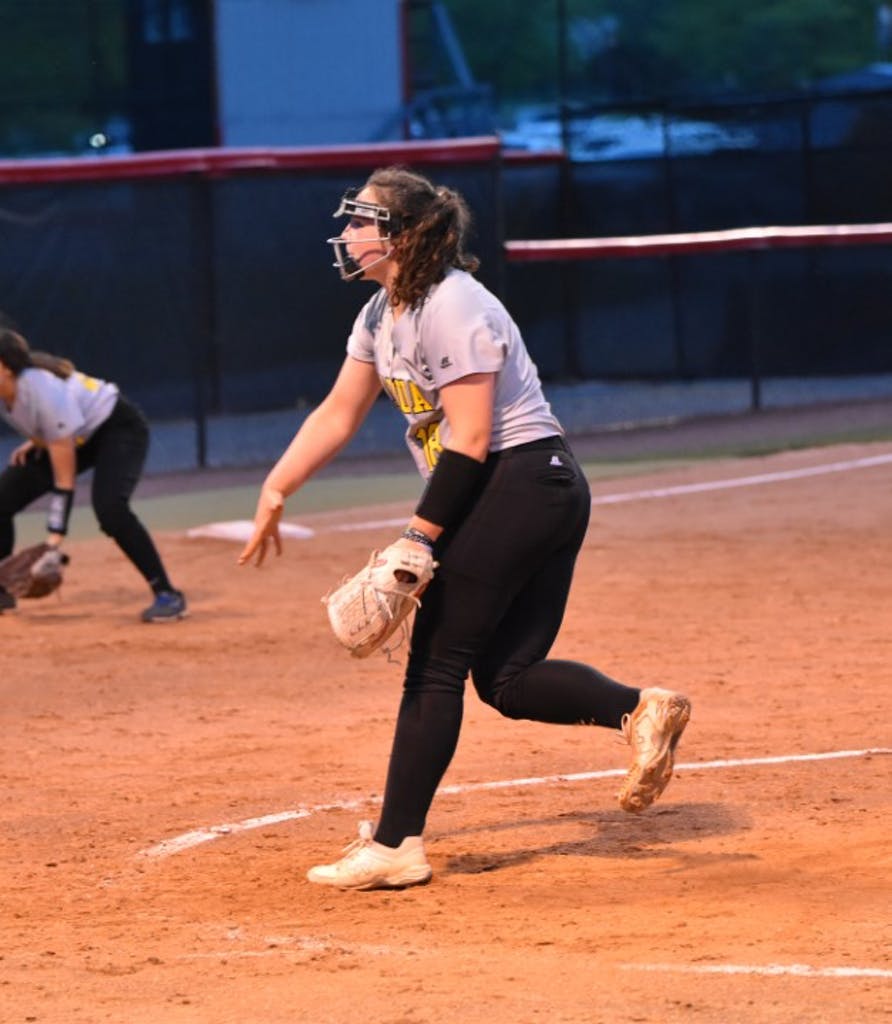 The home team got to work early as leadoff batter Peyton Pusey ripped a triple down the left field line and scored on a double off the bat of Maiti Meginniss that one-hopped the fence.

Padua tied the game in the top of the third inning on an RBI double by Abby Delcollo bringing Stassi Watson around to score. Then “triple-mania” struck again in the bottom of the third as Pusey smashed another blast in the right-center gap for her second consecutive triple. She scored when the  next batter (Kylie Ryan) singled and advanced to second on an error.

Meginniss took first base when she was hit on a 3-1 pitch. The Lady Lions had the makings of a big inning but Padua’s Lauren Schurman struck out the next three batters to end the threat. Schurman would repeat her heroics later in the game.

The Pandas took the lead scoring twice in the fourth inning on a double by Hailey Brooks, a sacrifice by Cate Shrader, and singles by Umbriac and Sofia Mazzola. They increased the lead to 4-2 the following inning on two walks and a single.

Red Lion got their first two batters on base in the bottom of the 7th on a double by Regan Mendick and a single from Morgan Lieske, but Schurman worked her magic by striking out the next three batters to end the game.

Schurman recorded 13 strikeouts in the game to get the win and help the Pandas improve to 6-5 on the season. Red Lion fell to 7-3.