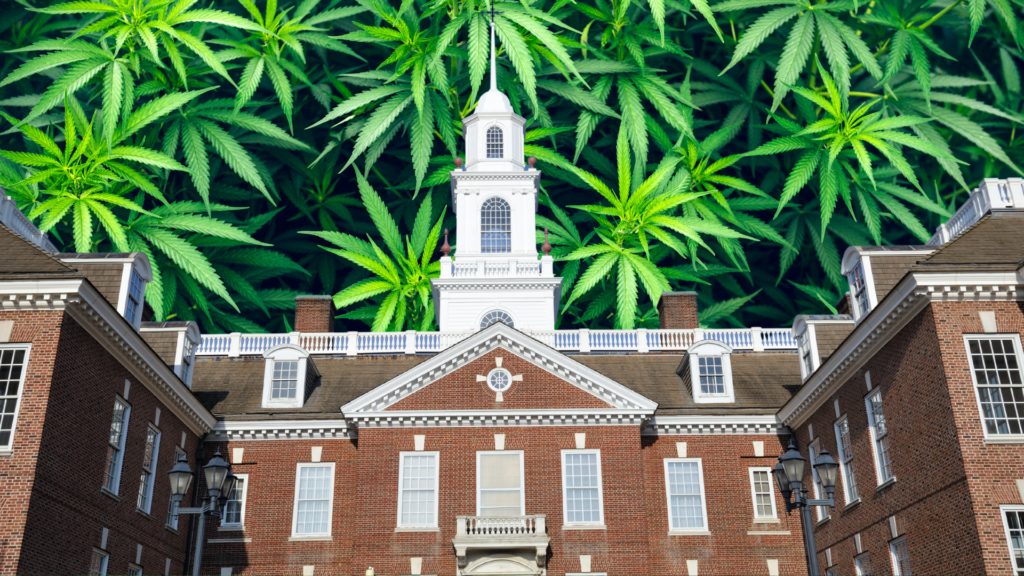 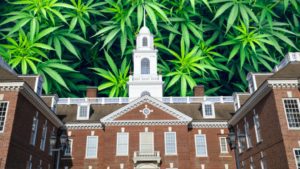 Rep. Ed Osienski says he thinks he has the support this year to pass his marijuana bills and to override a veto.

Rep. Ed Osienski, D-Newark, filed new versions Friday of his bills to legalize the sale of marijuana and to create a marijuana industry in Delaware.

He said during a press conference that he believes the new legislators elected to the General Assembly — which includes many progressives — will help him get the votes he needs to pass the bills and to override any veto from Gov. John Carney. 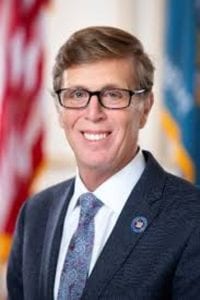 Osienski’s possession bill passed both the House and Senate last year, only to be vetoed by Carney, who has repeatedly said nothing has changed his mind about making marijuana legal to buy and consume. The House did not override the veto.

Osienski stressed that Delaware is losing tax and other revenue because New York and New Jersey already allow the legal sale and Maryland will be doing in by July.

Marijuana use has been decriminalized in Philadelphia, meaning you can’t be charged for having small amounts in Philadelphia and Allegheny counties, but it’s illegal elsewhere.

House Minority Leader Mike Ramone, R-Pike Creek said that Osienski has been working hard to create digestible bills, but he wanted to explore the bills more fully before commenting on their merits.

The biggest problem with legalizing marijuana is that it remains a controlled substance on federal drug lists, and that federal regulations make it difficult to sell or pay for mariuana using credit cards and other means.

Ramone said he’s not a fan of filling prisons with people who use marijuana. He’d like to see a system set up that would control sales in a way that encouraged moderate use.

He pointed to the use of alcohol, saying those products are labelled to tell the consumer exactly how much of the drug they are consuming.

He’d like to see the same thing for marijuana products.

“Will it be abused? Alcohol is abused. Everything’s abused by some people,” Ramone said. “But the majority of the people I think would be safer and hopefully use it in a very safe way.”

Ramone said, “I think the more knowledge people have what they’re putting in themselves on a consistent basis, the better they can manage themselves without the government being in the middle of that.”

Osienski said he hopes House Bill 1 and House Bill 2 will be heard and passed in committee next week, so they could be introduced on the House floor when the General Assembly returns from its February break.

HB2 is already on the agenda of Tuesday’s noon House Revenue and Finance Committee. Watch that hearing here.

HB1 is on the agenda of Wednesday’s 11 a.m. House Health and Human Development Committee. Watch that hearing here. 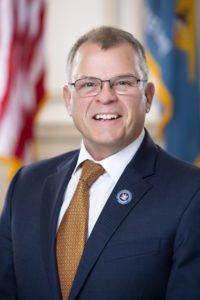 The bills have minor changes to please lawyers but otherwise are the same as those that passed last year, Osienski said.

“The major change is that I feel we have more support,” Osienski said. “Members have become more educated on the issue. I’ve addressed some concerns just from having conversations. And I do feel fairly positive that we have more support this year to get this through.”

He believes that those campaigning last year heard from constituents that they want marijuana legalized.

They also are hearing that New Jersey had $116 million in marijuana sales in it second quarter. That’s money that’s been diverted from the illegal market, he said.

Osienski said that he and other supporters had done their best to answer concerns about the consequences of having legal marijuana.

“I’m not saying everybody’s happy, but we either addressed them or answered their questions,” he said.

The legalization bill only needs a simple majority vote of 21 to pass. The bill a 21 vote bill. The bill to create an industry requires a three-fifths majority because it involves taxation, which means it needs 25 votes.

“But if legalization passes, he is supportive of regulation and taxation,” Osienski said.

Carney has said he was worried about workplace usage of marijuana, whether employers could test someone who showed up and seemed to be high and the risks of driving  under the influence.

Osienski said the bills do nothing to change any Driving Under the Influence laws or to change how work places enforce their own rules.

“If both of these bills pass, the public has to realize that their employers still have the right to have no drug policies,” Osienski said. “And if you’re pulled over and you’re found to be impaired, unfortunately, you’re going to end up paying the consequences. So nothing has changed.”

Those pulled over for driving under the influence also could be abusing prescription drugs, he pointed out.

He said he paid attention to the way New Jersey worked increased training with drug recognition experts, a lot of which was paid for through federal highway funds.

“It’s very important to me that we reduce these fatalities,” Osienski said. “I don’t want this legislation to add to that, but you know, we have to do this through education, and making sure law enforcement have what’s available out there.”

Before New Jersey and Maryland legalized marijuana, Delaware proponents have said it could make the state $20 million in taxes.

Osienski said Friday that he didn’t have revenue or tax projections. The state Comptroller’s Office only projects the cost of implementing the bill, not things like sales or taxes, he said.

The Newark rep said that he believes legalizing marijuana will hurt the state’s illegal trade, even though stats from other states show that it doesn’t.

He said by sticking with the his proposed 15% sales fee, the state should be able to undercut the illegal market.

Osienski pointed out that even though Colorado legalized marijuana, creating more than 38,000 jobs, more than a decade ago, bills that tweak the rules still go through the legislature every year.