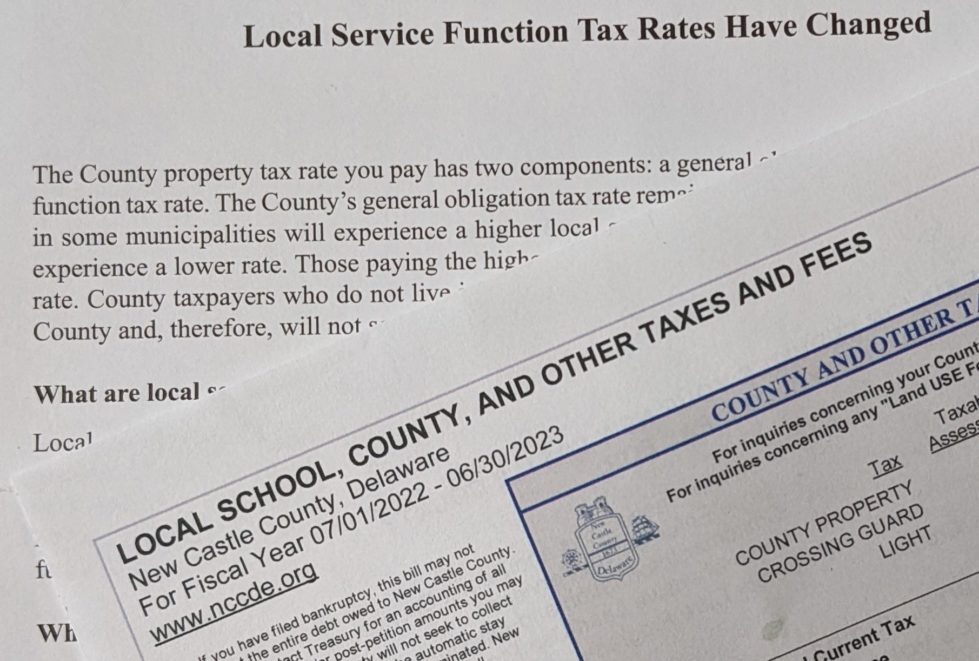 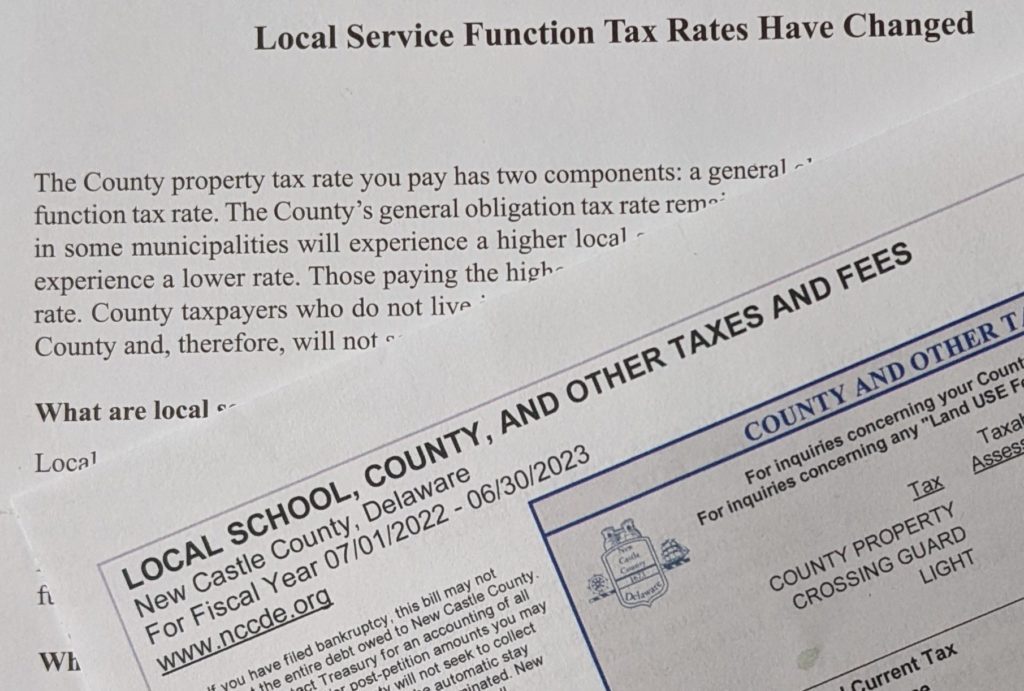 People who live in unincorporated parts of the county – and that’s most residents – and businesses in these unincorporated areas “will not see any change to their property tax rate,” the letter says.

But it’s a different story for residents and businesses in some municipalities.

“Local service functions are government functions that the county performs and that a municipality may perform,” the letter says, exemplifying with police, code enforcement and parks & recreation.

There is “no increase or slight decreases” in Arden, Ardencroft, Ardentown, Bellefonte, Newark, Odessa, Townsend, Wilmington and unincorporated areas, he said.

“The two factors that were driving the most change … were the equitable distribution of the expense of providing police operations and police dispatch to all taxpayers in NCC who are receiving those services,” he said.

Residents of Wilmington and Newark pay in the local service function rate because the county doesn’t provide any of these functions in the county’s largest municipalities.

The change comes from a state initiative that “more fairly allocates the costs of service delivery to real property owners in New Castle County.”

A task force began work on the idea in 2019 and issued its final report 2021. This is the debut of the change.

The change does not affect who taxpayers are writing checks to. “Checks for property taxes are still made payable to New Castle County,” Cunningham said.

It’s not just for the county tax, but for local schools and other taxes and fees, it says at the top.

“School tax rates are set by your school district and are collected by New Castle County as required by law,” the letter says, disassociating itself from the costliest components of the bill.

The rates for four of the five components in this bill changed from 2021 to 2022, and the result is a 94-cent increase.

New Castle County is in the middle of a court-ordered reassessment of properties.

Although it has “has committed to raising no additional revenue with this reassessment,” it is inevitable that some property owners will pay more, and some will pay less.