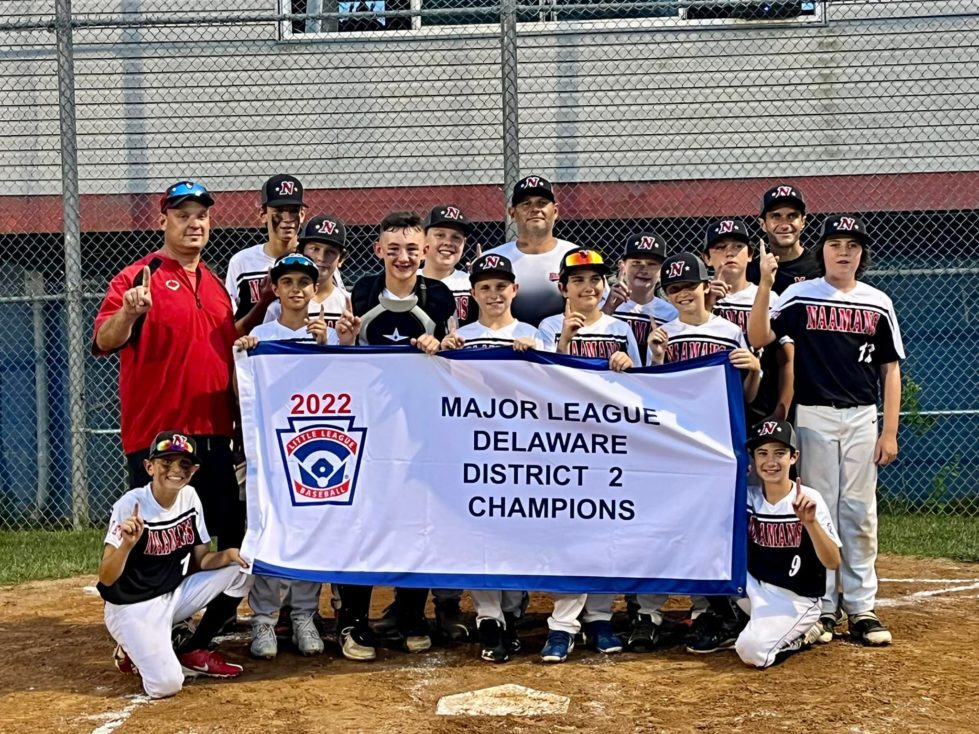 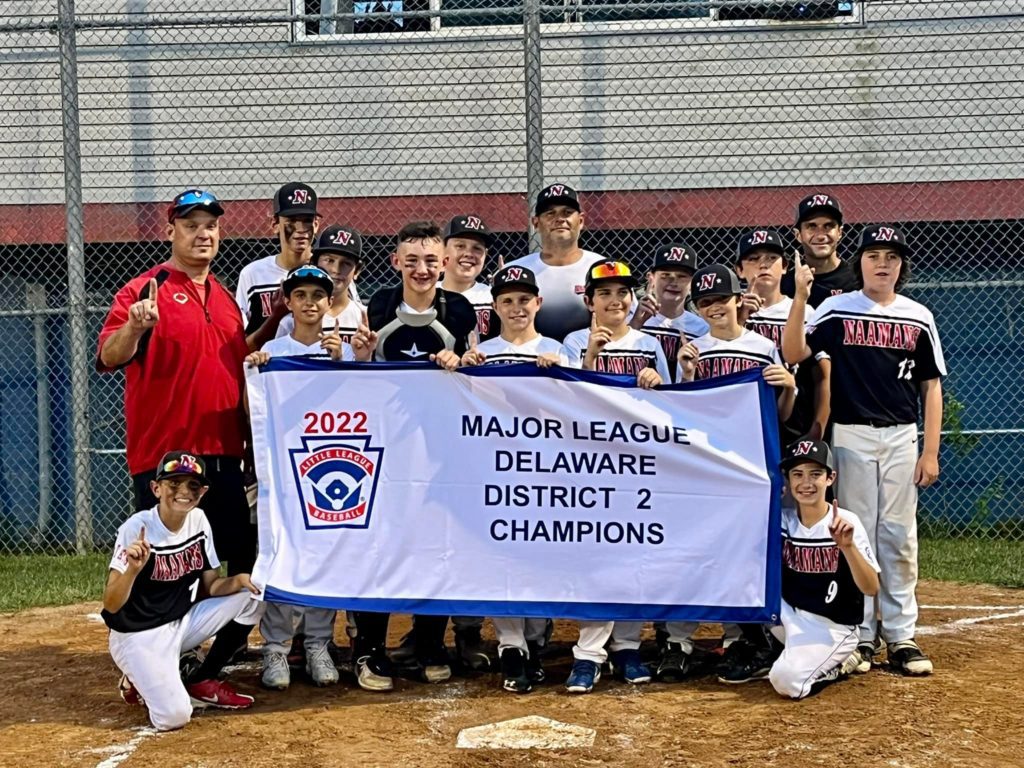 The two teams were familiar with each other and played in the opening round with Naamans coming out on top in another 2-1 win. This game was very similar to the first game as both starting pitchers were dominant. Tom Swasey from Naamans and Cameron Hinckle threw four strong innings as both used good off speed pitches and great locations to keep both teams’ offense off balance.

In the top of the fifth inning Mid/Cap got the scoring started. With two outs Hinckle reached base safely on an error. Carter Nelson then drove a 3-2 pitch over the center fielder’s head driving in Hinckle as he slid into third base safely for a triple giving them a 1-0 lead.

In the bottom of the fifth Naamans would answer the one run from Mid/Cap with two of their own. Pete Hudson reached safely on a fielder’s choice. He then stole second base on a pass ball alertly he then stole third base seeing the ball roll up the backstop. After being called safe at third Hudson recognized the Mid/Cap players weren’t paying attention and took off for home reaching safely. However it was a controversial call. As Hudson was coming home the Naamans on deck batter was in the batter’s box and Hudson had to maneuver around him as did Mid/Cap’s catcher’s creating some interference. The umpires met and decided Hudson was still safe at home.

Naamans wasn’t finished there. Luka Luzader hit a base hit back up the middle. Declan O’Connor then scored Luzader on a deep shot to the fence from first base. Naamans now led the game 2-1.

Swasey had all the run support he needed to close the game out. Swasey would retire Mid/Cap in the top of the sixth with back to back strikeouts giving Naamans their first state championship berth in 14 years.

The Naamans team has been together since they were 8yr old all stars. Since then they have gone 21-1 and won 4 district titles. They will take their record into the state tournament which is set to start 7/27 at Newark Nationals Clark field.