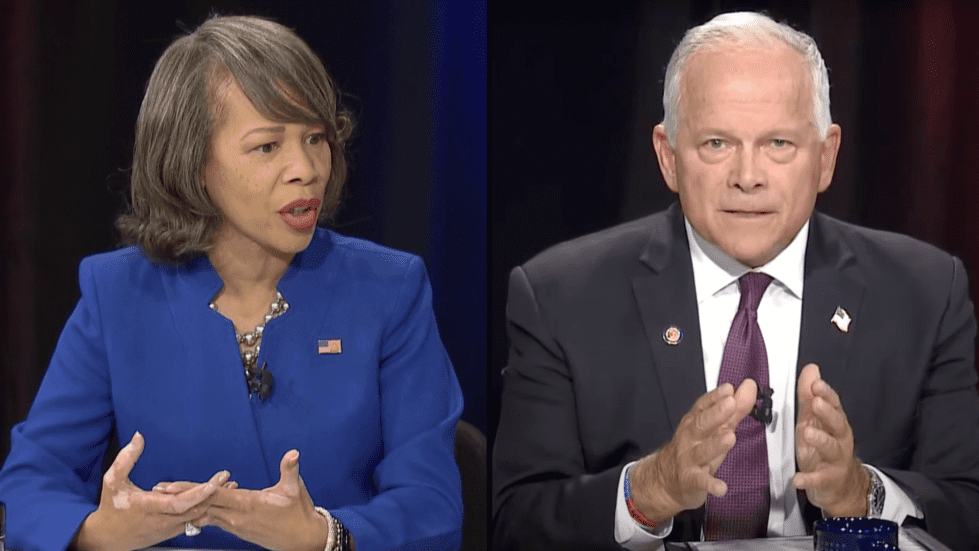 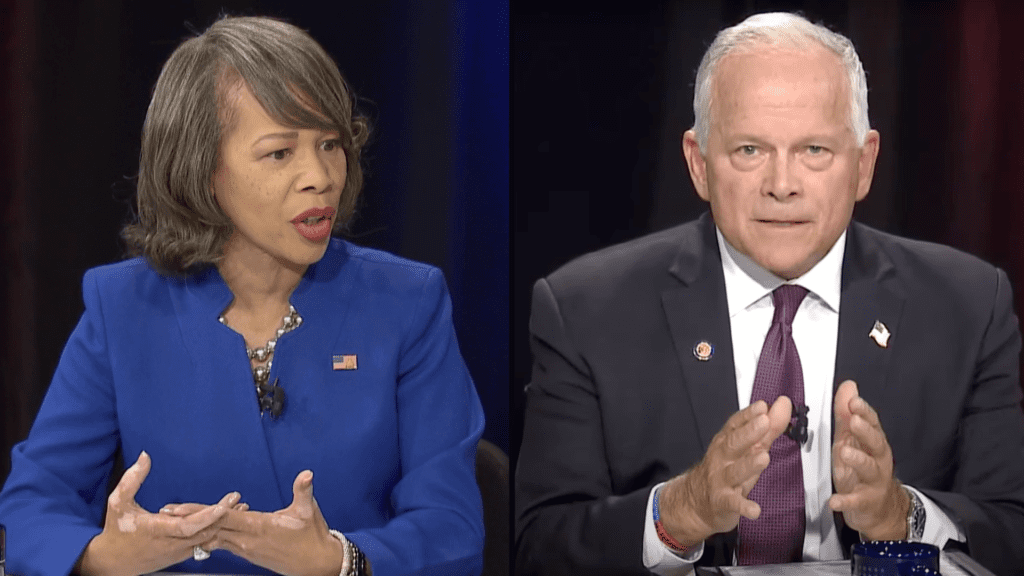 Delaware voters had their first and possibly only chance Thursday to watch the state’s candidates for its lone-U.S. House seat face off head to head.

There were no surprises during the roughly one-hour debate, moderated by Ralph Begleiter, founding director of the University of Delaware’s Center for Political Communication and a former CNN journalist. Neither candidate espoused an out-of-character position or made any other pronouncement likely to move the dial in the Nov. 8 general election.

Begleiter asked about the Supreme Court’s June decision overturning Roe v. Wade. Rochester said she disagreed with the decision and would do all in her power to protect women’s right to choose. Murphy said his daughter had an unexpected pregnancy and he didn’t pressure her one way or the other, but that he is fundamentally pro-life. He said he would not support efforts by Republicans in Congress to restrict abortion at a national level, arguing the decision should be left to the states.

Both candidates discussed the events at the U.S. Capitol on Jan. 6, 2021. Rochester called it an attack on democracy and an attempt to overthrow the results of a free and fair election. Murphy said most of the protestors at the Capitol that day were lawfully exercising their constitutionally-protected right to free speech, and those who crossed the line into criminality should be handled accordingly.

Other issues addressed included gun violence, the affordable housing crisis, election integrity, medical privacy for transgender children, climate change, and the power of the Supreme Court to overturn things regarded as “established law,” such as contraception and interracial and gay marriage.

Murphy was admonished by the moderator several times for criticizing Blunt Rochester, something they apparently agreed not to do prior to the debate.

RELATED: How to vote in Delaware’s Nov. 8 general election

Blunt Rochester said the country’s ability to recover from the pandemic, rebuild, and restore faith in America’s institutions and in each other are all at stake in the Nov. 8 election.

“In addition to that, I think this election is also about two things, making sure that we don’t go backward in our rights — particularly a woman’s right to choose — and making sure also that our democracy stands intact,” Blunt Rochester said. “And I want to tell you: I renewed my confidence, I renewed my strength, and I renewed my commitment to our democracy on Jan. 6, and now I want to continue to serve you because there’s so much more to be done.”

Murphy said Blunt Rochester has had years to act on the issues she says she cares about, “but she hasn’t.”

To watch the debate in its entirety, click here.