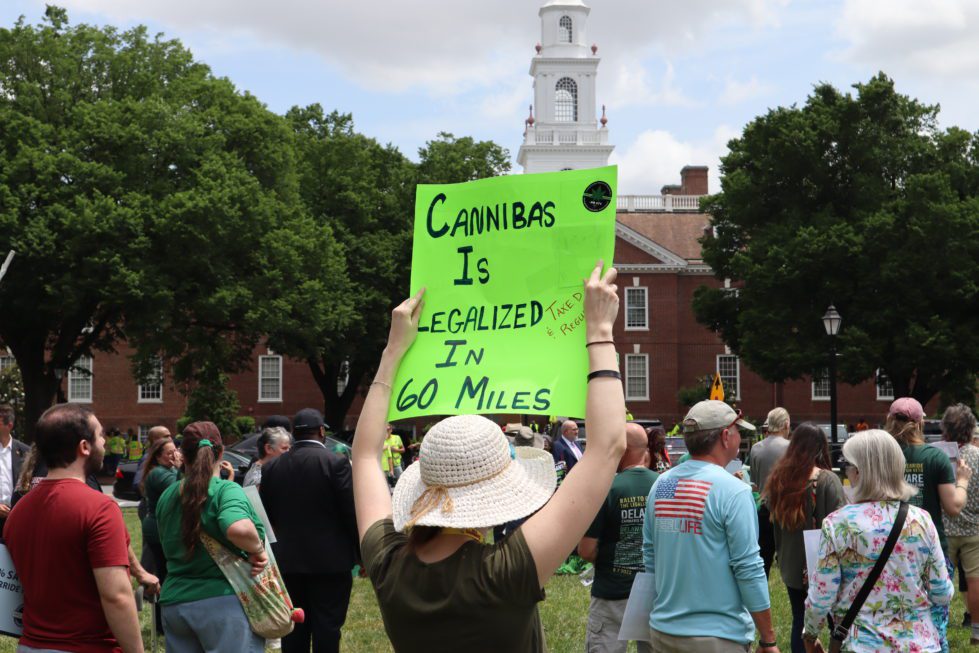 Recreational marijuana supporters rallied Tuesday to override Gov. John Carney’s (D) veto of HB 371, a bill to legalize possession of up to one ounce of marijuana. (Delaware LIVE/Charlie Megginson)

Carney vetoed the bill in May citing questions about the long-term health and economic impacts of recreational marijuana use.

“I respect the Legislative Branch’s role in this process, and I understand that some hold a different view on this issue,” Carney said at the time. “However, I have been clear about my position since before I took office, and I have articulated my concerns many times.” 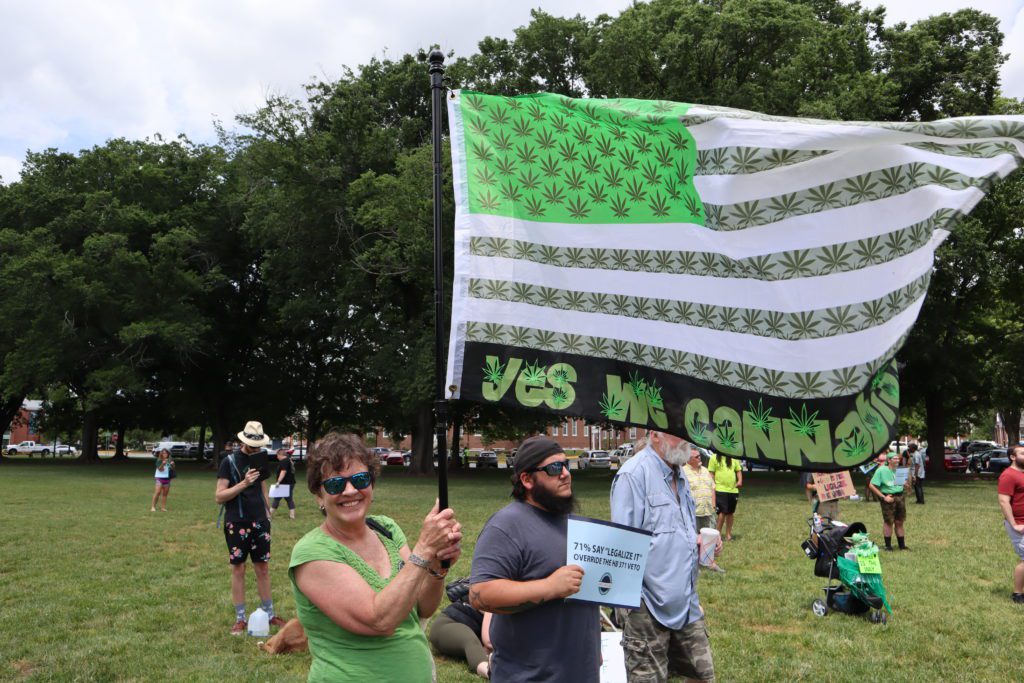 Carney relied on antiquated ideas and faulty science when he vetoed the bill, attendees said during Tuesday’s rally.

“Gov. Carney minimized the problem with cannabis prohibition during his veto statement by stating no one is in jail for the use or possession of small amounts of cannabis,” said Zoë Patchell, president of the Delaware Cannabis Advocacy Network. “But that statement neglects to account for the broader negative effects and collateral consequences that occur as a result of cannabis prohibition.”

A January analysis issued by State Auditor Kathy McGuiness estimates that legalizing the commercial cannabis market in Delaware would yield some $43 million in new annual revenue and create 1,400 new jobs within five years.

“I’ve known John Carney for over a decade and I think he is a good man,” Paradee said. “He has a good heart, but on this issue, he is dead wrong. He is absolutely wrong. If you listen to his reasonings for his veto, it’s almost as if you’re watching ‘Reefer Madness’ from the 1930s.” 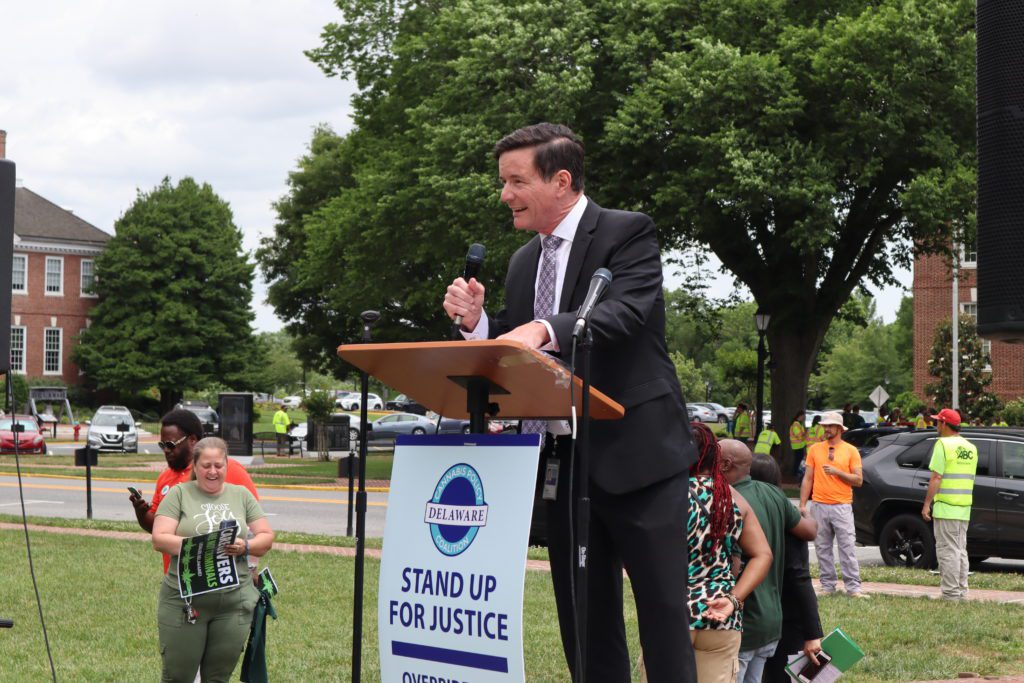 According to statewide polling data compiled by the University of Delaware, 61 percent of state voters favor legalizing marijuana.

If not for the General Assembly’s requirement that tax bills require a three-fifths majority and Delaware’s lack of a popular referendum system, “this is something that would have been done six, seven years ago,” he said.

“If everyone who voted for 371 votes for the veto, then it happens,” Paradee concluded. “It’s that simple.” 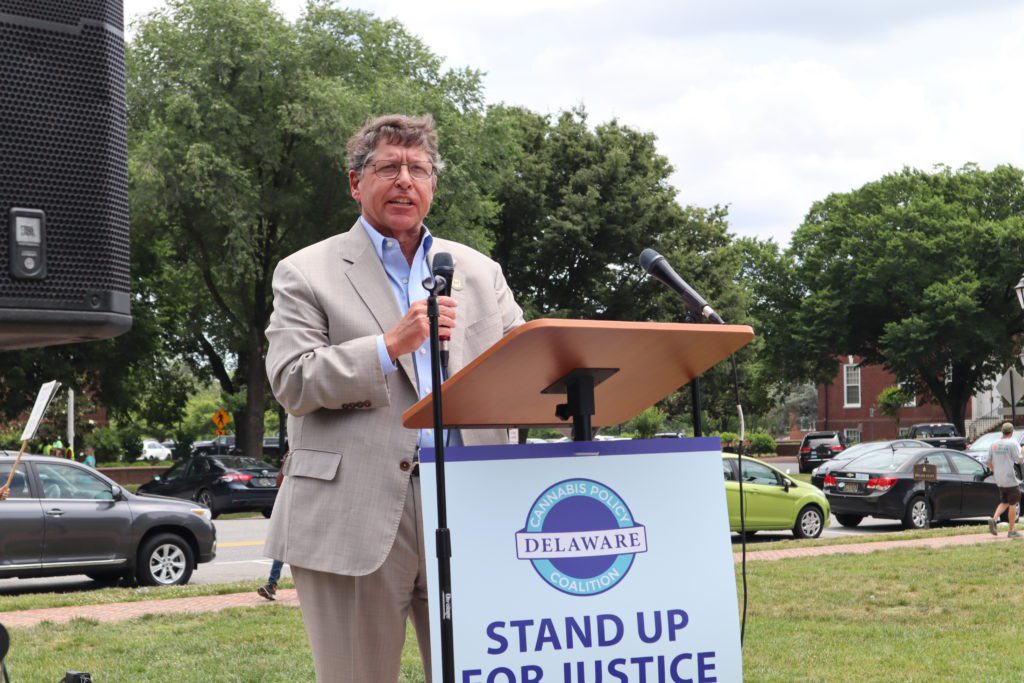 HB 372 — a second bill to create the regulatory framework for marijuana to be grown and sold — failed in the House of Representatives last month by just one vote.

One of the bill’s co-sponsors, Rep. Larry Mitchell, D-Elsmere, was out sick when the bill was considered by the House.

Rep. Ed Osienski, D-Newark, has said he plans to bring that bill back before June 30. He believes with all representatives present, the bill will have the votes to pass.